Is Lee Enterprises, Incorporated (LEE) A Good Stock To Buy?

Is Lee Enterprises, Incorporated (NYSE:LEE) the right pick for your portfolio? Investors who are in the know are indeed in an optimistic mood. The number of long hedge fund bets went up by 1 in recent months. The level and the change in hedge fund popularity aren’t the only variables you need to analyze to decipher hedge funds’ perspectives. A stock may witness a boost in popularity but it may still be less popular than similarly priced stocks. That’s why at the end of this article we will examine companies such as Pfenex Inc (NYSEMKT:PFNX), EndoChoice Holdings Inc (NYSE:GI), and Comtech Telecomm. Corp. (NASDAQ:CMTL) to gather more data points. 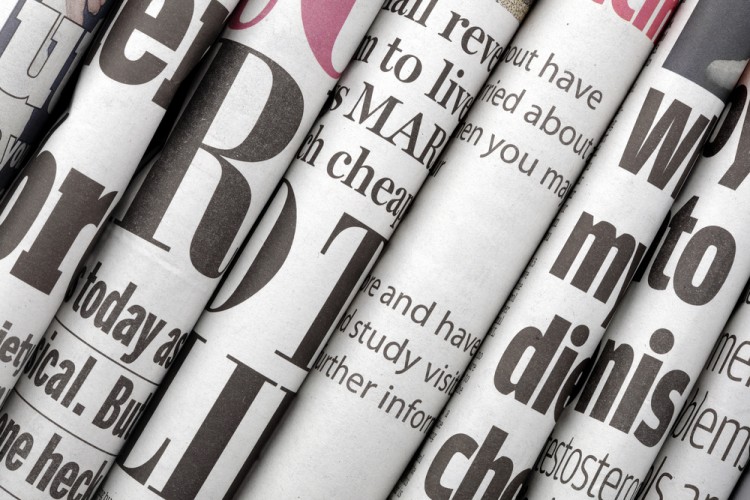 How have hedgies been trading Lee Enterprises, Incorporated (NYSE:LEE)?

Heading into the fourth quarter of 2016, a total of 10 of the hedge funds tracked by Insider Monkey were long this stock, an 11% rise from one quarter earlier. The graph below displays the number of hedge funds with bullish position in LEE over the last 5 quarters, which had rebounded since bottoming out at the end of Q1. With the smart money’s capital changing hands, there exists an “upper tier” of key hedge fund managers who were increasing their holdings substantially (or already accumulated large positions). 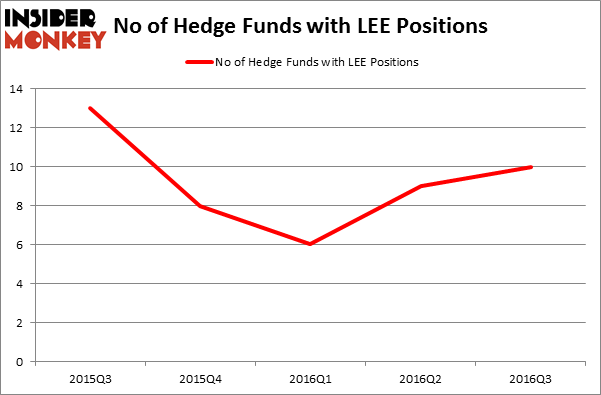 Of the funds tracked by Insider Monkey, Edward A. Mule’s Silver Point Capital has the most valuable position in Lee Enterprises, Incorporated (NYSE:LEE), worth close to $4.4 million. On Silver Point Capital’s heels is Peter Algert and Kevin Coldiron’s Algert Coldiron Investors, which holds a $1.8 million position. Some other members of the smart money that are bullish encompass Robert B. Gillam’s McKinley Capital Management, Adam Wright and Gary Kohler’s Blue Clay Capital, and Warren Buffett’s Berkshire Hathaway. We should note that none of these hedge funds are among our list of the 100 best performing hedge funds which is based on the performance of their 13F long positions in non-micro-cap stocks.