Is Lakeland Bancorp, Inc. (NASDAQ:LBAI) a good stock to buy right now? We at Insider Monkey like to examine what billionaires and hedge funds think of a company before doing days of research on it. Given their 2 and 20 payment structure, hedge funds have more resources than the average investor. The funds have access to expert networks and get tips from industry insiders. They also have numerous Ivy League graduates and MBAs. Like everyone else, hedge funds perform miserably at times, but their consensus picks have historically outperformed the market after risk adjustments.

Hedge fund interest in Lakeland Bancorp, Inc. (NASDAQ:LBAI) shares was flat at the end of last quarter. This is usually a negative indicator. At the end of this article we will also compare LBAI to other stocks including Partner Communications Company Ltd (NASDAQ:PTNR), Homology Medicines, Inc. (NASDAQ:FIXX), and Social Capital Hedosophia Holdings Corp. (NYSE:IPOA) to get a better sense of its popularity. 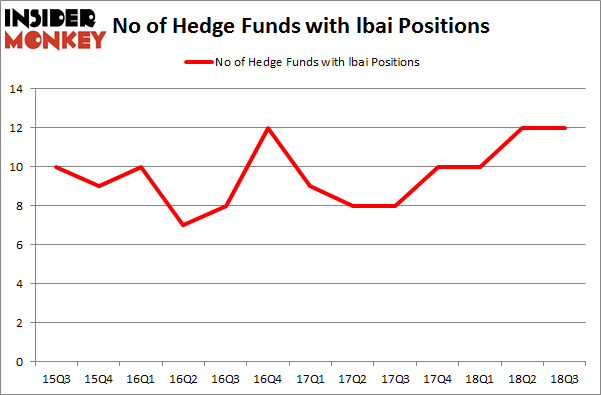 More specifically, Cardinal Capital was the largest shareholder of Lakeland Bancorp, Inc. (NASDAQ:LBAI), with a stake worth $41.5 million reported as of the end of September. Trailing Cardinal Capital was Renaissance Technologies, which amassed a stake valued at $11.7 million. Mendon Capital Advisors, Basswood Capital, and Millennium Management were also very fond of the stock, giving the stock large weights in their portfolios.

We view hedge fund activity in the stock unfavorable, but in this case there was only a single hedge fund selling its entire position: GLG Partners. One hedge fund selling its entire position doesn’t always imply a bearish intent. Theoretically a hedge fund may decide to sell a promising position in order to invest the proceeds in a more promising idea. However, we don’t think this is the case in this case because only one of the 800+ hedge funds tracked by Insider Monkey identified as a viable investment and initiated a position in the stock (that fund was Marshall Wace LLP).

As you can see these stocks had an average of 9.25 hedge funds with bullish positions and the average amount invested in these stocks was $126 million. That figure was $70 million in LBAI’s case. Social Capital Hedosophia Holdings Corp. (NYSE:IPOA) is the most popular stock in this table. On the other hand Partner Communications Company Ltd (NASDAQ:PTNR) is the least popular one with only 2 bullish hedge fund positions. Lakeland Bancorp, Inc. (NASDAQ:LBAI) is not the most popular stock in this group but hedge fund interest is still above average. This is a slightly positive signal but we’d rather spend our time researching stocks that hedge funds are piling on. In this regard IPOA might be a better candidate to consider a long position.