Is Knight Transportation (KNX) A Good Stock To Buy?

It is already common knowledge that individual investors do not usually have the necessary resources and abilities to properly research an investment opportunity. As a result, most investors pick their illusory “winners” by making a superficial analysis and research that leads to poor performance on aggregate. The Standard and Poor’s 500 Index returned 7.6% over the 12-month period ending November 21, while more than 51% of the constituents of the index underperformed the benchmark. Hence, a random stock picking process will most likely lead to disappointment. At the same time, the 30 most favored mid-cap stocks by the best performing hedge funds monitored by Insider Monkey generated a return of 18% over the same time span. Of course, hedge funds do make wrong bets on some occasions and these get disproportionately publicized on financial media, but piggybacking their moves can beat the broader market on average. That’s why we are going to go over recent hedge fund activity in Knight Transportation (NYSE:KNX).

Knight Transportation (NYSE:KNX) investors should be aware of a decrease in hedge fund sentiment in recent months. KNX was in 9 hedge funds’ portfolios at the end of the third quarter of 2016. There were 10 hedge funds in our database with KNX holdings at the end of the second quarter. The level and the change in hedge fund popularity aren’t the only variables you need to analyze to decipher hedge funds’ perspectives. A stock may witness a boost in popularity but it may still be less popular than similarly priced stocks. That’s why at the end of this article we will examine companies such as WP Glimcher Inc (NYSE:WPG), Armstrong World Industries, Inc. (NYSE:AWI), and Washington Real Estate Investment Trust (NYSE:WRE) to gather more data points. 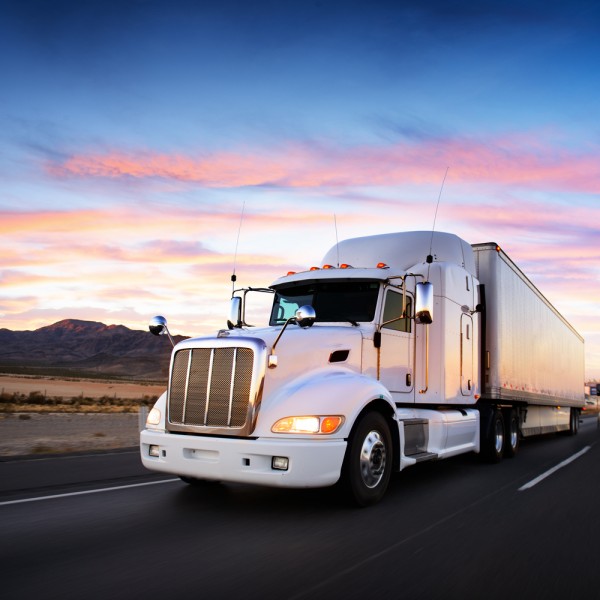 What does the smart money think about Knight Transportation (NYSE:KNX)?

At Q3’s end, a total of 9 of the hedge funds tracked by Insider Monkey were long this stock, a 10% dip from the previous quarter. Below, you can check out the change in hedge fund sentiment towards KNX over the last 5 quarters, which fell sharply in Q4 2015 and has yet to recover. So, let’s review which hedge funds were among the top holders of the stock and which hedge funds were making big moves. 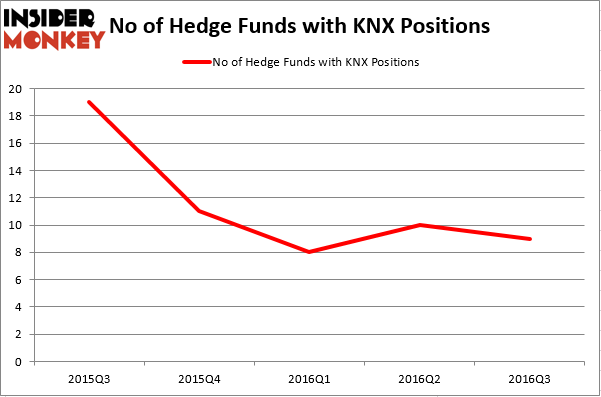 According to publicly available hedge fund and institutional investor holdings data compiled by Insider Monkey, Greg Poole’s Echo Street Capital Management has the biggest position in Knight Transportation (NYSE:KNX), worth close to $12.4 million. Sitting at the No. 2 spot is Folger Hill Asset Management, led by Solomon Kumin, which holds a $7 million position. Remaining professional money managers that are bullish consist of Francois Rochon’s Giverny Capital, Chuck Royce’s Royce & Associates, and Paul Hondros’ AlphaOne Capital Partners. We should note that none of these hedge funds are among our list of the 100 best performing hedge funds, which is based on the performance of their 13F long positions in non-micro-cap stocks.

Best Performing Hedge Funds Strategy
Download a free copy of our newsletter and see the details inside!
Hedge Fund Resource Center
Related News
Caterpillar Inc. (CAT), ConocoPhillips (COP) and Infinera Corp. (INFN) Insiders Pile Up Shares, Plus Striking Insider Selling at 2 Companies Here Is Why Investors Are Talking Transportation and Tech Stocks Today Knight Transportation (KNX): Are Hedge Funds Right About This Stock? This Metric Says You Are Smart to Buy Old Dominion Freight Line (ODFL) Landstar System, Inc. (LSTR): Hedge Funds Are Bullish and Insiders Are Undecided, What Should You Do? Should You Buy Con-way Inc (CNW)? Heartland Express, Inc. (HTLD): Are Hedge Funds Right About This Stock? 11 Best Science YouTube Channels To Watch 10 Most Famous Cubist Paintings 5 Countries That Have the Most Drones
Billionaire Hedge Funds