A whopping number of 13F filings filed with U.S. Securities and Exchange Commission has been processed by Insider Monkey so that individual investors can look at the overall hedge fund sentiment towards the stocks included in their watchlists. These freshly-submitted public filings disclose money managers’ equity positions as of the end of the three-month period that ended September 30, so let’s proceed with the discussion of the hedge fund sentiment on K2M Group Holdings Inc (NASDAQ:KTWO).

K2M Group Holdings Inc (NASDAQ:KTWO) has seen a decrease in hedge fund sentiment of late. KTWO was in 10 hedge funds’ portfolios at the end of September. There were 11 hedge funds in our database with KTWO positions at the end of the previous quarter. At the end of this article we will also compare KTWO to other stocks including Just Energy Group, Inc. Ordinary Shares (Canada) (NYSE:JE), Viad Corp (NYSE:VVI), and National Western Life Insurance Company (NASDAQ:NWLI) to get a better sense of its popularity. 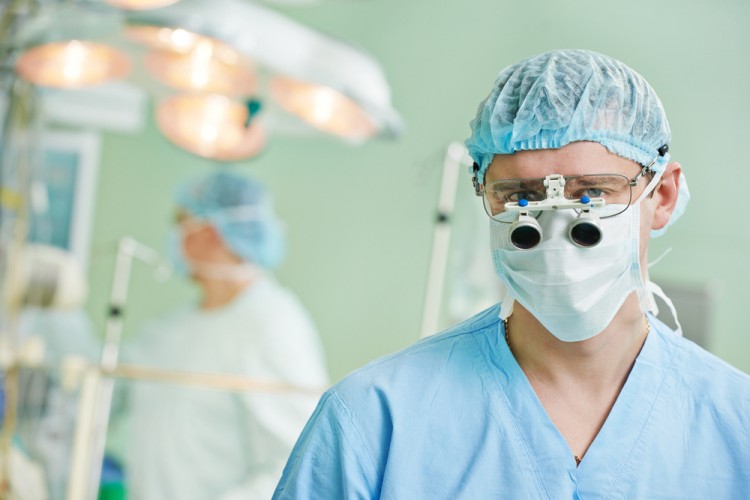 What does the smart money think about K2M Group Holdings Inc (NASDAQ:KTWO)?

At the end of the third quarter, a total of 10 of the hedge funds tracked by Insider Monkey held long positions in this stock, down by 9% from the previous quarter. Below, you can check out the change in hedge fund sentiment towards KTWO over the last 5 quarters. So, let’s see which hedge funds were among the top holders of the stock and which hedge funds were making big moves. 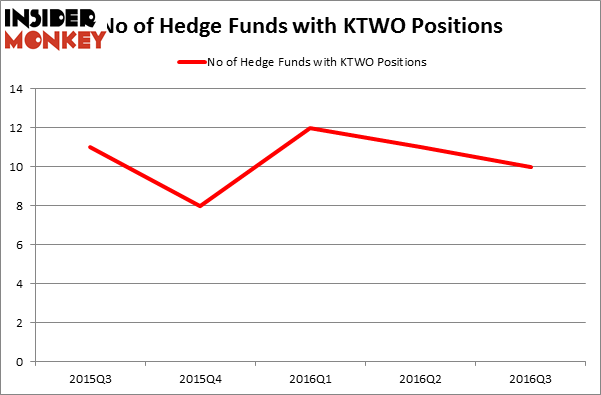 According to publicly available hedge fund and institutional investor holdings data compiled by Insider Monkey, Eric Bannasch’s Cadian Capital has the largest position in K2M Group Holdings Inc (NASDAQ:KTWO), worth close to $13.4 million. The second largest stake is held by Principal Global Investors’ Columbus Circle Investors, which holds a $7 million position. Remaining peers with similar optimism encompass Efrem Kamen’s Pura Vida Investments, Israel Englander’s Millennium Management which is one of the 10 largest hedge funds in the world and Steve Cohen’s Point72 Asset Management. We should note that none of these hedge funds are among our list of the 100 best performing hedge funds which is based on the performance of their 13F long positions in non-microcap stocks.