Stick a fork in these CEOs. They’re done. Andrew Mason of Groupon Inc (NASDAQ:GRPN), Aubrey McClendon of Chesapeake Energy Corporation (NYSE:CHK), and now Ron Johnson of J.C. Penney Company, Inc. (NYSE:JCP). I wrote in January in CEOs Ripe for Grilling how Johnson and McClendon were hurting their companies. 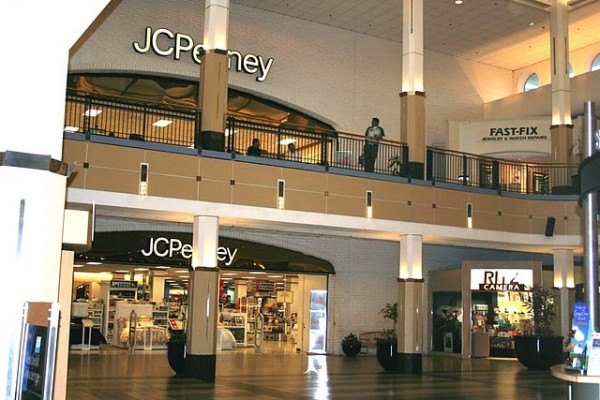 Chesapeake Energy Corporation (NYSE:CHK)’s stock moved up after McClendon left and so did Groupon Inc (NASDAQ:GRPN).  Of course J.C. Penney Company, Inc. (NYSE:JCP) stock shot up on the April 8 news of his departure in a reaction akin to relief. Can any CEO pull J.C. Penney’s fat out of the fire?

I pity the fool (not a Motley-type Fool) who has to follow Johnson’s class act.  I certainly don’t pity Johnson even after his 97% pay cut; not after he’d already made millions selling shares in early 2012. The Board shouldn’t have waited until investor Bill Ackman gave them the green light last Friday to pink slip him.

Poor Myron “Mike” Ullman, former J.C. Penney Company, Inc. (NYSE:JCP) CEO should know better than anyone what he’s getting into as the new interim CEO. He surely doesn’t need the aggravation having served as a Directeur General at Louis Vuitton Moet Hennessey (LVMH) and as a CEO at Macy’s, Inc. (NYSE:M). Currently he’s the chairman of the National Retail Federation. At least he lives in Dallas, TX closer to corporate headquarters in Plano so he won’t commute from the West Coast like Johnson did.

Despite the initial relief rally on the Johnson departure announcement the stock descended again on the Ullman news.

Can anyone rescue J.C. Penney?

So many initiatives and new brands and shops within shops and nothing worked. Joe Fresh, a super popular clothing line in Canada with 300 stores, got a disinterested “What’s that?” from three teens breezing past the display last time I checked on J.C. Penney.

All the legal wrangling over Martha Stewart and Macy’s, Inc. (NYSE:M) may soon be over as the New York Post reports Ullman’s trying to make nice with Macy’s offering to pay their legal bills if they can just sell Martha Stewart inventory on hand. However, this makes little difference to J.C. Penney Company, Inc. (NYSE:JCP)’s future when they have only until Labor Day with vendors penalizing them with a 21% interest rate according to Burt Flickinger, a Strategic Resource Group analyst, in a radio interview. He also thinks the Board needs a face lift with few of them having significant retail experience.

Morale can’t be good with 19,000 layoffs during Johnson’s term from the C-suite on down tohaircuts of beauty salon staff. Sales staff had foregone sales commissions as well.

J.C. Penney was never my favorite retailer but I certainly preferred it to Sears Holdings Corp (NASDAQ:SHLD) stores, Sears and K-Mart, and even Wal-Mart Stores, Inc. (NYSE:WMT). In some ways it was better than Kohl’s Corporation (NYSE:KSS), especially after they cleaned up J.C. Penney.

Their most serious competition is Macy’s and Target Corporation (NYSE:TGT), two different retailing philosophies but those are the real shopping alternatives. By no means are either of these shopping nirvanas but they are more pleasant.

Like the lyrics to the 1970 Temptations hit,”Run, run, run but you sure can’t hide. That’s what the world is today. Just a ball of confusion.” Shoppers had no idea what was going on at J.C. Penney Company, Inc. (NYSE:JCP) and analysts from citi and Morgan Stanley as long ago as last June stated that rebranding and constant waffling on pricing was confusing customers and driving them away in droves.

Long time customers of a certain age were also turned off by the no sale policy and hipper brands but they weren’t hip enough to attract the younger shopper who may have wandered in by mistake.

Are The Dollar Stores Better Buys than Target Corporation (TGT) and Wal-Mart...

Groupon Inc (NASDAQ:GRPN): Hedge Funds and Insiders Are Bearish, What Should...