Is Isle of Capri Casinos (ISLE) Going to Burn These Hedge Funds?

What’s a smart Isle of Capri Casinos (NASDAQ:ISLE) investor to do?

To many market players, hedge funds are assumed to be useless, outdated investment tools of an era lost to time. Although there are In excess of 8,000 hedge funds in operation currently, this site aim at the moguls of this club, around 525 funds. It is assumed that this group has its hands on the majority of the smart money’s total capital, and by watching their highest performing stock picks, we’ve revealed a number of investment strategies that have historically outperformed the S&P 500. Our small-cap hedge fund strategy outstripped the S&P 500 index by 18 percentage points a year for a decade in our back tests, and since we’ve began to sharing our picks with our subscribers at the end of August 2012, we have beaten the S&P 500 index by 33 percentage points in 11 months (find the details here).

Just as useful, bullish insider trading sentiment is a second way to analyze the marketplace. As the old adage goes: there are many motivations for a corporate insider to sell shares of his or her company, but only one, very simple reason why they would buy. Many empirical studies have demonstrated the useful potential of this method if “monkeys” know what to do (learn more here).

How have hedgies been trading Isle of Capri Casinos (NASDAQ:ISLE)?

In preparation for the third quarter, a total of 7 of the hedge funds we track were bullish in this stock, a change of -13% from the first quarter. With hedge funds’ sentiment swirling, there exists a few notable hedge fund managers who were boosting their stakes substantially. 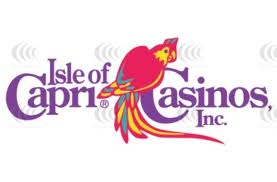 When using filings from the hedgies we track, Paul Reeder and Edward Shapiro’s PAR Capital Management had the biggest position in Isle of Capri Casinos (NASDAQ:ISLE), worth close to $13.9 million, comprising 0.4% of its total 13F portfolio. Sitting at the No. 2 spot is Royce & Associates, managed by Chuck Royce, which held a $8.3 million position; the fund has less than 0.1%% of its 13F portfolio invested in the stock. Remaining hedgies that hold long positions include Geoffrey Raynor’s Q Investments (Specter Holdings), D. E. Shaw’s D E Shaw and Jim Simons’s Renaissance Technologies.

As Isle of Capri Casinos (NASDAQ:ISLE) has faced dropping sentiment from upper-tier hedge fund managers, it’s safe to say that there lies a certain “tier” of funds that slashed their positions entirely in Q1. At the top of the heap, Jeffrey Vinik’s Vinik Asset Management said goodbye to the largest stake of all the hedgies we key on, totaling an estimated $0.5 million in stock, and Peter Rathjens, Bruce Clarke and John Campbell of Arrowstreet Capital was right behind this move, as the fund sold off about $0.1 million worth. These transactions are interesting, as aggregate hedge fund interest fell by 1 funds in Q1.

How have insiders been trading Isle of Capri Casinos (NASDAQ:ISLE)?

Legal insider trading, particularly when it’s bullish, is best served when the primary stock in question has seen transactions within the past 180 days. Over the last 180-day time period, Isle of Capri Casinos (NASDAQ:ISLE) has experienced zero unique insiders buying, and zero insider sales (see the details of insider trades here).