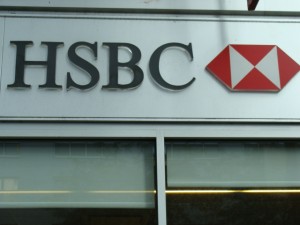 LONDON: Crippling austerity in Europe, and the prospect of fresh fiscal obstacles in the U.S. could put the brakes on growth rates in these regions. However, in developing geographies, a backdrop of accommodative central bank action, elevated commodity prices, and rising personal affluence levels have created an environment of exceptional commercial opportunity.

The divergence between the growth prospects of traditional and emerging markets is borne out by the International Monetary Fund’s (IMF) latest growth projections, which expects developing nations and emerging markets to expand 5.3% and 5.7% in 2013 and 2014, respectively. By comparison, it anticipates that the U.S. economy will rise just 1.9% this year, and 3% in 2014, while eurozone GDP is forecast to dip 0.3% in 2013 before rebounding just 1.1% next year.

Bubbly activity in new geographies can create lucrative openings for many London-listed firms. Today, I’m looking at HSBC Holdings plc (LON:HSBA) and assessing whether their operations in these regions are likely to underpin solid earnings growth.

However, profits from key developing regions strode higher during the 12-month period. Profit before tax from Hong Kong rose 30% last year, to $7.6bn, while the rest of the Asia-Pacific territory recorded 40% profit growth to $10.4bn.

Combined, the whole Asia-Pacific region now accounts for almost nine-tenths of group profit, compared with around 60% in 2011. Meanwhile, activities in Latin America yielded pre-tax profits of $2.6bn, a 3% annual increase, although in the Middle East and North Africa, profit fell 10%, to $1.4bn.

But this pales in comparison to insipid performance in Europe, where operations slumped to a loss of $3.4bn in 2012 from profit of $4.7bn the previous year. Profit in North America also surged, to $2.3bn in 2012 from $100m, although this was due, in large part, to lower impairment charges.

HSBC Holdings plc (LON:HSBA) expects surging economic growth in China to boost activity in 2013, as well as providing a shot in the arm from neighbouring countries, while it also anticipates growth in Latin America to gain traction as regional keystone Brazil picks up the pace. Although it expects the U.S. economic recovery to continue tentatively this year, political, economic, and regulatory woes in Europe are likely to weigh on operations there.