Is Halliburton a good stock to buy now? A recent report from Wells Fargo’s Judson Bailey discussed the struggle of the offshore drilling industry and the affect it might have on the big oil players including Halliburton Company (NYSE:HAL), Schlumberger Limited. (NYSE:SLB), Weatherford International Plc (NYSE:WFT), and Baker Hughes Incorporated (NYSE:BHI). Bailey is afraid that it will affect the revenues and profit margins of such key industry players through 2016. The report further added, “Although we see upside in North America over the next 12-18 months and growth opportunities in the Middle East, we also see margin and revenue risk internationally through 2016 due to the severity of the offshore and deepwater downturn…” The analysis firm further added an expected weakness in North American results and lower margins in the second, third, and fourth quarters of 2015. 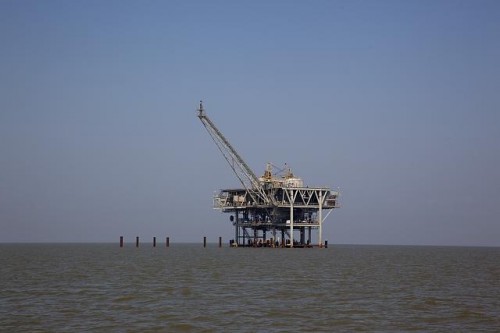 The shares of all the big oil companies dipped slightly on Friday, with the largest decline being in Weatherford International Plc (NYSE:WFT), with a drop of 1.18%, followed by Halliburton Company (NYSE:HAL) with a 0.90% drop, and Baker Hughes Incorporated (NYSE:BHI) with a 0.26% dip. Despite the report, Halliburton Company (NYSE:HAL) is among the large oil companies rejuvenating themselves, as its shares are up 9.08% year-to-date. Further, its first quarter 2015 fiscal results were better than the average industry results as Halliburton reported earnings per share of $0.49 over revenues of $7.1 billion, though earnings still declined by 33% and revenues fell by 2.7% year-over-year.

Halliburton Company (NYSE:HAL) has received an excellent response from hedge fund investors, showing their growing confidence in the stock. At the end of the first quarter, a total of 60 of the hedge funds tracked by Insider Monkey were bullish in this stock, a decline of 5% from the previous quarter. However, their net investments increased up to $2.99 billion from $2.57 billion during the first quarter.

We follow hedge funds because our research has shown that their stock picks historically managed to generate alpha even though the filings are up to 45-days delayed. We used a 60-day delay in our back tests to be on the safe side and our research showed that the 15 most popular small-cap stocks among hedge funds outperformed the S&P 500 Total Return Index by an average of 95 basis points per month between 1999 and 2012. After adjusting for risk, our calculations revealed that these stocks’ monthly alpha was 80 basis points. We have also been sharing and tracking the performance of these stocks since the end of August 2012, during which time they have returned 142%, outperforming the S&P 500 ETF by nearly 84 percentage points (see more details here).

We also track insider sales or purchases of stocks to see whether members of a firm’s top management are confident in the future performance of their company. In the case of Halliburton,  James S. Brown, President of Western Hemisphere, and Jeffrey Allen Miller, President and Director of Halliburton, were among the insiders selling their stakes in the company.  Brown sold 29,026 shares on April 27, while Miller sold 24,000 shares in multiple transactions between March 20 and May 5.

Hedge fund managers have shown interest in Halliburton Company (NYSE:HAL) during the first quarter and it might help to scrutinize their positions in the company a little further.

Is Kroger’s Co (KR) Stock Split, Buyback Enough To Make It A Buy?

Youku Tudou Inc (YOKU) Tumbles 10%: Is It A Good Stock To Buy?
Monthly Newsletter Strategy
Download a free copy of our newsletter and see the details inside!
Hedge Fund Resource Center
Related News
Stock Showdown: Mattel Inc (MAT) vs. Hasbro Inc (HAS) WRLD, TROV, MEI: Biggest Losers Of The Day And What Hedge Funds Think About Them Billionaires Robertson and Einhorn Love These 6 Stocks Amazon Downgraded But It’s Been A Huge Win For Hedge Funds Stock Showdown – Dunkin Brands Group Inc (DNKN) Vs. Starbucks Corporation (SBUX): Which Is The Better Buy? Warren Buffett and Prem Watsa Both Love These Five Stocks Billionaire Andreas Halvorsen Is Piling Into These Tech Stocks 5 Most Expensive Golf Clubs on the Market 11 Most Expensive Airports Ever Built in the World 11 Most Expensive Toll Roads in America
Billionaire Hedge Funds