In this article, we reviewed George Soros’ returns from his top ten stock positions to determine whether he is still good at picking stocks? Click to skip ahead and see George Soros’ Top 5 Stock Picks.

Age doesn’t matter when it comes to investing in stock markets. Legendary investor and hedge fund manager George Soros is now 90 years old, but his stock holdings are still outperforming the market at a hefty rate. Soros Fund Management’s top 10 13F stock positions generated an average return of 22.7% since the end of September and outperformed SPY’s return of 13.6% during the same period. Its top ten stock holdings account for close to 50% of Soros Fund Management’s overall 13F portfolio.

The man who broke the Bank of England in 1992 announced retirement from managing investors’ money in 2011. He, however, continues to invest in publicly traded stocks through Soros Fund Management, which he turned into a family office fund.

George Soros has been considered as one of the most successful hedge fund managers; he managed outside money from 1969 to 2011. George Soros’ Quantum Group of Funds, a family of funds investing mainly in public equity, foreign exchange, fixed income markets worldwide as well as commodity markets, had unmatched success in the past decades. The fund has generated an average 20% annual rate of return since its inception to fiscal 2010. Our brains aren’t wired to understand intuitively the magnitude of this accomplishment. If you had invested $1 million in Soros’ hedge fund in 1969 and let it grow for 42 years, you puny $1 million investment would have turned into a $2 billion stake. There are very few fund managers who have a similar track record and they are all billionaires now.

Currently, Soros’ family office 13F portfolio is valued at around $4 billion. Instead of holding stocks for the long-term, George Soros likes to make several changes in the portfolio to align the investments according to business trends.

Soros Fund Management was invested in a total of 131 positions according to the latest 13F filing. The portfolio is mainly inclined towards consumer discretionary, information technology, finance, communications, healthcare, and real-estate and industrial sectors.

Let’s start reviewing the top ten stocks of Soros Fund Management that helped in outperforming the broader market index in the fourth quarter.

Although George Soros has sold 60% of his position in T-Mobile US, Inc. (NASDAQ: TMUS) during the September quarter of 2020, the family office fund still holds 567,529 shares of the communication services company. The existing position accounted for 1.59% of the overall portfolio, down from the previous 3.38% of the portfolio. The sale of stake represents the strategy of capitalizing on gains.

It appears that the Soros fund has benefited from both sale of the stake and the existing position. The hedge fund first initiated a position in TMUS during the first quarter of 2020. Shares of TMUS rallied more than 17% in the fourth quarter, extending the twelve months gains to 67%.

Other hedge funds are also bullish on T-Mobile US, but the positions are down from the all-time high. It was in 94 hedge funds’ portfolios at the end of the third quarter of 2020 compared to the all-time high of 113. TMUS is ranked #21 among the 30 most popular stocks among hedge funds.

Oakmark Funds, which returned 23.0% in the second quarter of 2020, has also initiated a position in TMUS. The fund commented on a few stocks including T-Mobile US in an investor’s letter. Here is what Oakmark Funds stated:

“We initiated a position in T-Mobile after the company announced that regulators would approve its merger with Sprint. AT&T and Verizon have long dominated the market for wireless services due to their incumbent network quality advantage. The recently closed merger of T-Mobile and Sprint creates the first opportunity for a challenger to build the fastest, most reliable and highest capacity wireless network in the United States. We believe the impact of this combination will be non-linear from not only a network perspective but also a financial one. Our long-term investing horizon enables us to look several years ahead to assess the benefits of scale, synergy and low-incremental cost growth, which should generate more subscribers, faster revenue growth and higher margins. We like that the company will be led by veteran T-Mobile managers who have successfully integrated previous acquisitions and have gained impressive market share, despite a previously inferior network. A secondary offering by a large, non-economic seller gave us the opportunity to purchase our stake at a below market price.”

Billionaire George Soros’ position in Activision Blizzard, Inc. (NASDAQ: ATVI) has also generated robust returns for the family office fund. Indeed, the Soros Fund Management has added to its existing stake during the September quarter. Shares of Activision Blizzard rallied almost 10% in the fourth quarter and shares are up 47% in the last twelve months. Here is how we previously explained ATVI’s strong performance:

Activision had some hit pandemic games of its own, most notably Call of Duty: Modern Warfare, which surged to second on the sales charts in June. Twitch viewership of the game also more than doubled during Q2. The strong performance allowed Activision to raise its full-year sales forecast by $730 million in August, predicting 2020 adjusted revenue of $7.63 billion.

Billionaire George Soros has been bullish on Darden Restaurants, Inc. (NYSE: DRI) over the past couple of quarters. The fund first initiated a position in DRI during the second quarter of 2020 and increased its stake by 15% in the September quarter.

However, some other hedge funds sold their stake in SelectQuote. Argosy Investors, which has generated 15.5% in select accounts, highlighted few stocks including SelectQuote in an investor’s letter. Here is what Argosy Investors stated:

“I sold SelectQuote (SLQT) after owning the stock for less than 3 months, which is highly unusual for us. What I found strange in evaluating the business the more I looked at it was after decades of being in business the company still did not generate significant cash flows despite reported GAAP profits. For a company that essentially acts as an agent or lead generator to insurance companies, they should have been generating far more cash than they were and I elected to sell and admit our mistake.”

VICI Properties generated a 7.2% return for George Soros in the final quarter of 2020. Soros Fund Management is holding 5.4 million shares of VICI valued at $128 million, accounting for 3.14% of the overall 13F portfolio. VICI Properties has generated 42% revenue growth in the September quarter and raised the quarterly dividend by 10.9% year-over-year to $0.33 per share.

Disclosure: No position. The article Is George Soros still Good at Picking Stocks is originally published on Insider Monkey. 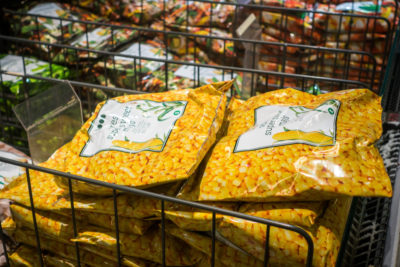 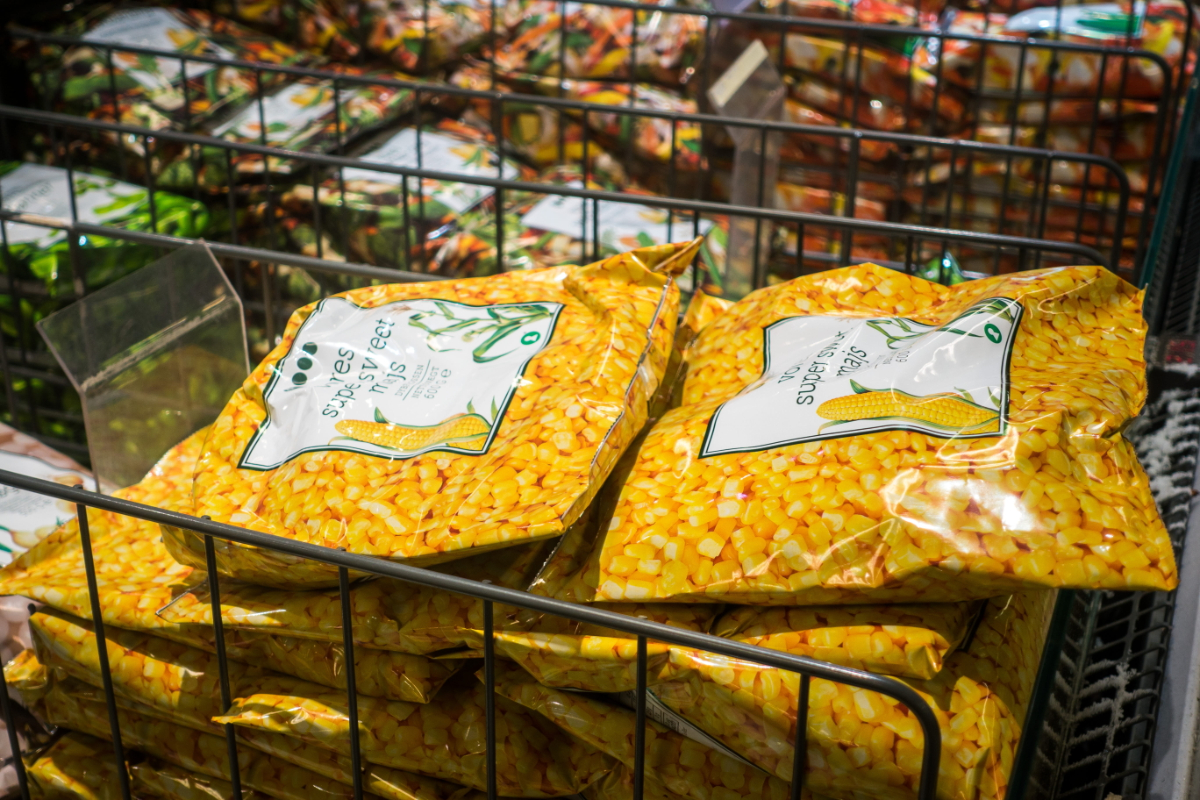 Conagra’s CEO: We Focus on the Long Term, not the Short Term 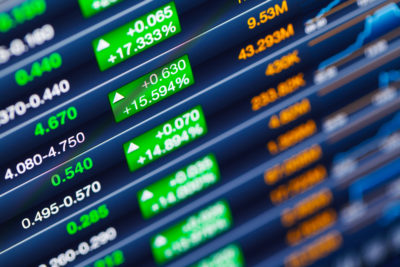 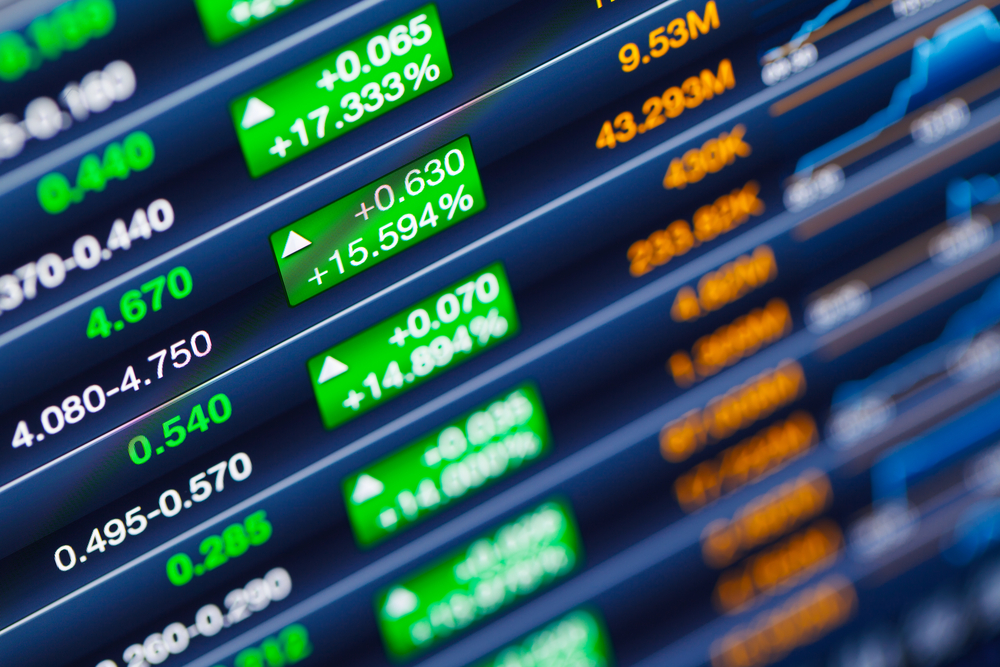 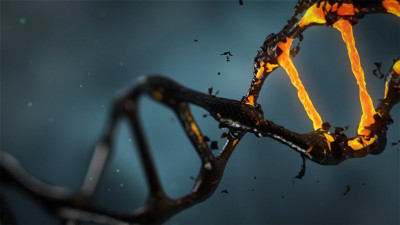 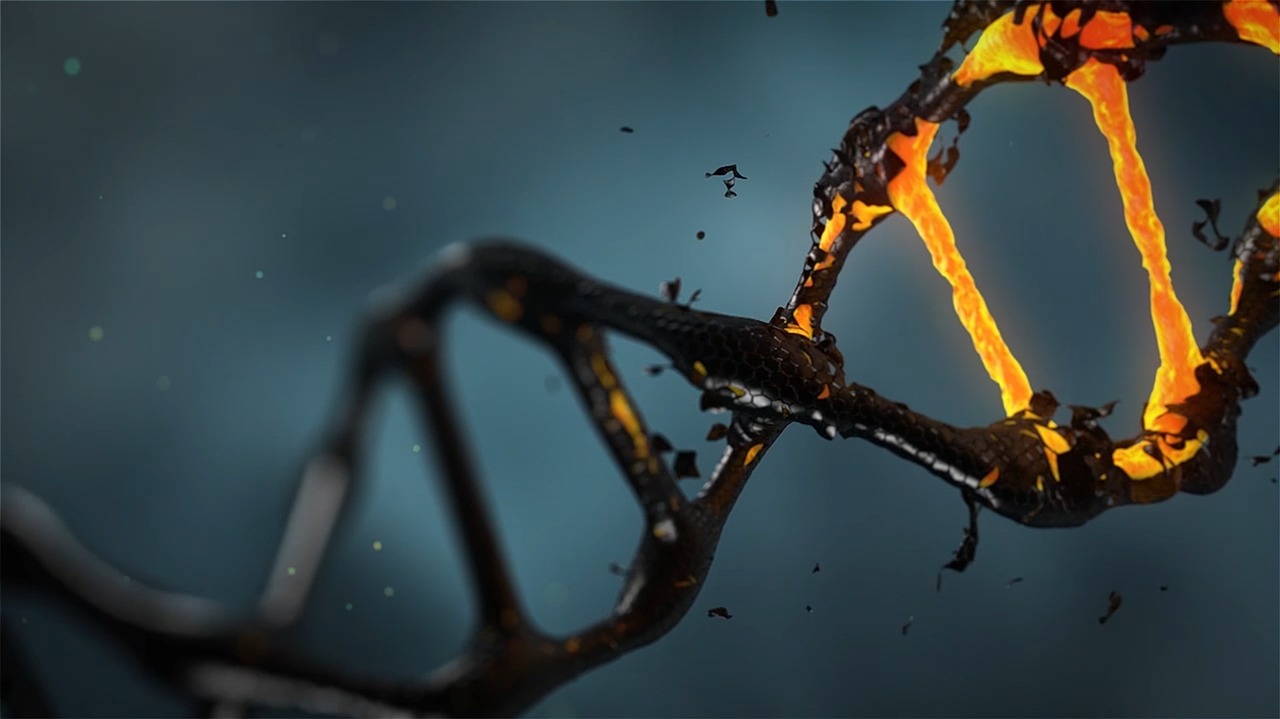 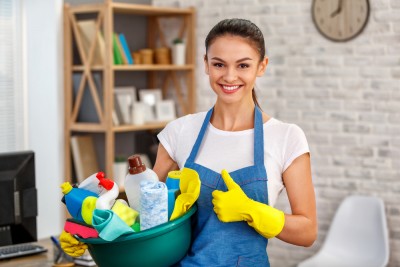 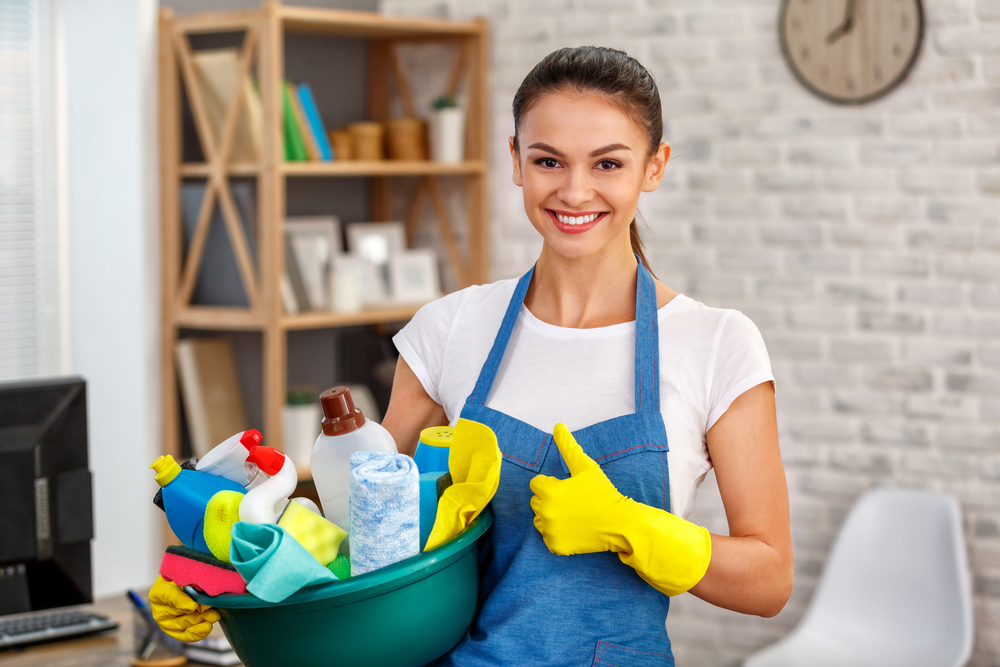 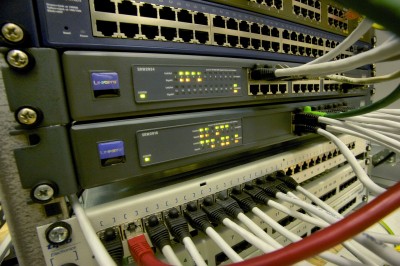 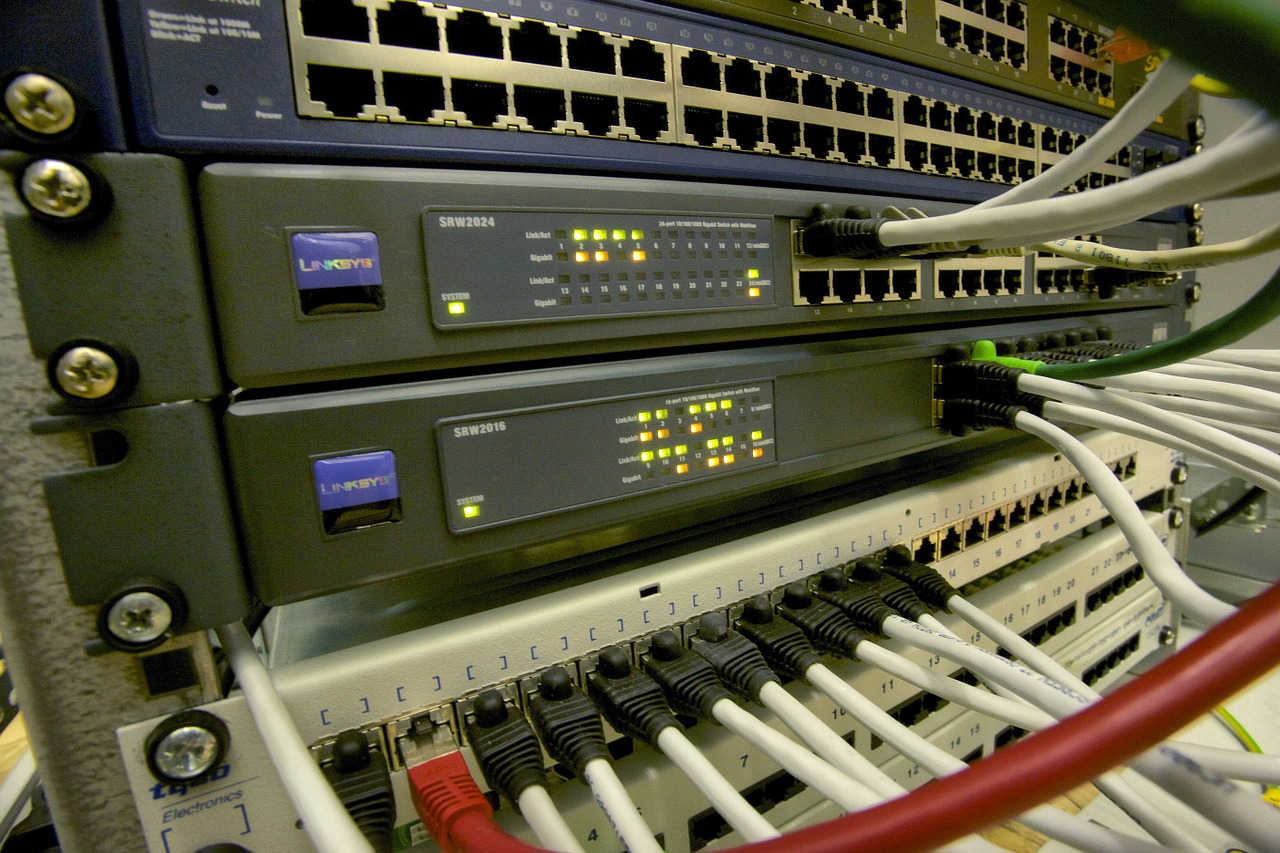