Is Ford a Buy After Earnings?

Ford Motor Company (NYSE:F)’s report for the third quarter of 2012 came out on October 30th. Its sales were down slightly from the third quarter of 2011, with an 8% growth rate in North America being offset by poor numbers in international markets such as Europe and South America. In the case of Europe, revenue was likely hurt by macro weakness but also was affected by a loss of market share compared to the same period last year. As a result, Ford rang up large losses in Europe that partially offset record North American profits. Total earnings per share, while down slightly versus a year ago, easily beat analyst expectations; more good news came from Asia Pacific, where Ford’s market share is moving up- bringing that geography into profitability during the third quarter.

As of this writing the market has not had a chance to react to the quarterly report due to the effects of the recent storm along the Atlantic coast. When markets closed on Friday, Ford Motor Company was trading at 7 times estimated earnings per share for 2013; our line on the company for some time has been that this represents the potential for a value opportunity, though we certainly acknowledge that it is struggling with issues with its business. Wall Street analysts continue to be optimistic about Ford when looking out over next several years, setting a trajectory for the company’s earnings that implies a five-year PEG ratio of 0.8. Of course, it’s possible that traders will now take the stock price up well out of value consideration, but we would certainly say that if the reaction is muted investors might want to consider buying.

Legg Mason Capital Management, managed by Bill Miller, owned 11.8 million shares of Ford Motor Company at the end of June. This was an 18% increase from what the fund had owned at the beginning of April and gave it over $100 million in market value invested in Ford at that time. Find more stocks that Legg Mason has invested $100 million in. Billionaire David Tepper’s Appaloosa Management also increased its holdings of Ford during the second quarter, reporting a position of 7.7 million shares (see more of billionaire David Tepper’s stock picks).

Billionaire David Einhorn prefers General Motors Company (NYSE:GM) as a way to play the value in the auto industry: it was one of his two long stock picks at the Value Investing Congress (read more about Einhorn’s GM thesis). GM traded at a forward P/E of 6 when the markets were last open. We think that the stock could react similarly to Ford, though to a lesser degree: the two companies are similar in that they are depending on strong North American sales to make up for poor European operations, and hoping that in the long term Asia Pacific can contribute to the bottom line as well. GM is also a good value according to its five-year PEG ratio of 0.7. Our impression is that these two automakers are about fairly priced relative to each other.

Other ways to invest in the auto industry include Toyota Motor Corporation (NYSE:TM), Honda Motor Co Ltd (NYSE:HMC), and The Goodyear Tire & Rubber Company (NYSE:GT). Goodyear disappointed the market on October 26th by reporting a 32% decline in net income for the third quarter versus a year earlier. It does have the advantage of trading at a forward P/E of only 5, and is less dependent on new car sales as it can also sell replacement tires, but has considerable pension-related issues and we certainly don’t like that it appears to be performing worse than Ford. Toyota and Honda carry forward P/E multiples of 10 and 8, respectively. Their recent historical growth rates are skewed upward due to the Fukushima disaster last year, but we’d still expect that these peers should see at least as much earnings growth as Ford and GM going forward. As a result, they may be undervalued as well.

We still think that Ford and GM are good values (though, of course, this may change if the market overreacts to Ford’s quarterly report). However, Toyota and Honda aren’t trading at much of a premium to these companies and we wonder if that spread could widen over the next several months. 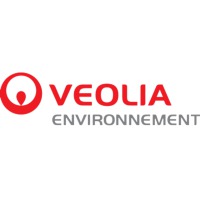 Contrarian’s 13F Portfolio Is Having A Good Year