We have been waiting for this for a year and finally the third quarter ended up showing a nice bump in the performance of small-cap stocks. Both the S&P 500 and Russell 2000 were up since the end of the second quarter, but small-cap stocks outperformed the large-cap stocks by double digits. This is important for hedge funds, which are big supporters of small-cap stocks, because their investors started pulling some of their capital out due to poor recent performance. It is very likely that equity hedge funds will deliver better risk adjusted returns in the second half of this year. In this article we are going to look at how this recent market trend affected the sentiment of hedge funds towards Federated National Holding Co (NASDAQ:FNHC), and what that likely means for the prospects of the company and its stock.

Is Federated National Holding Co (NASDAQ:FNHC) the right investment to pursue these days? Investors who are in the know are definitely getting less optimistic. The number of long hedge fund positions that are disclosed in regulatory 13F filings shrunk by 3 lately. FNHC was in 7 hedge funds’ portfolios at the end of the third quarter of 2016. There were 10 hedge funds in our database with FNHC holdings at the end of the previous quarter. The level and the change in hedge fund popularity aren’t the only variables you need to analyze to decipher hedge funds’ perspectives. A stock may witness a boost in popularity but it may still be less popular than similarly priced stocks. That’s why at the end of this article we will examine companies such as Hawaiian Telcom HoldCo Inc (NASDAQ:HCOM), Nobilis Health Corp (NYSEMKT:HLTH), and Beigene Ltd (ADR) (NASDAQ:BGNE) to gather more data points. 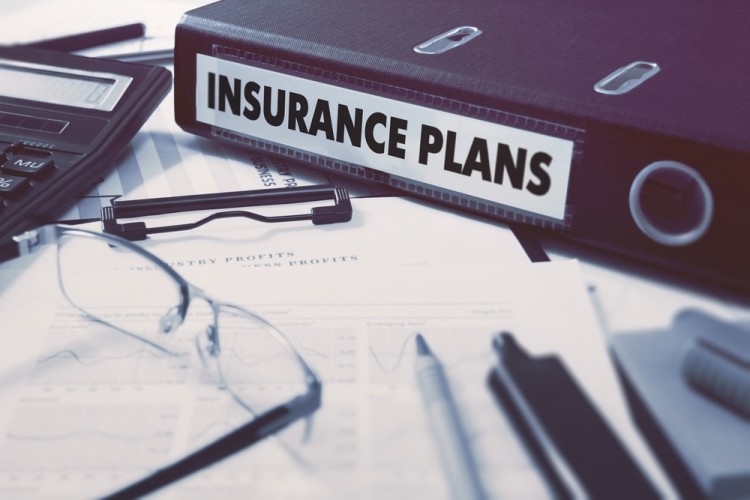 With all of this in mind, we’re going to check out the new action surrounding Federated National Holding Co (NASDAQ:FNHC).

How have hedgies been trading Federated National Holding Co (NASDAQ:FNHC)?

Heading into the fourth quarter of 2016, a total of 7 of the hedge funds tracked by Insider Monkey were long this stock, a drop of 30% from the previous quarter. The graph below displays the number of hedge funds with bullish position in FNHC over the last 5 quarters. With the smart money’s sentiment swirling, there exists a few key hedge fund managers who were increasing their holdings significantly (or already accumulated large positions). 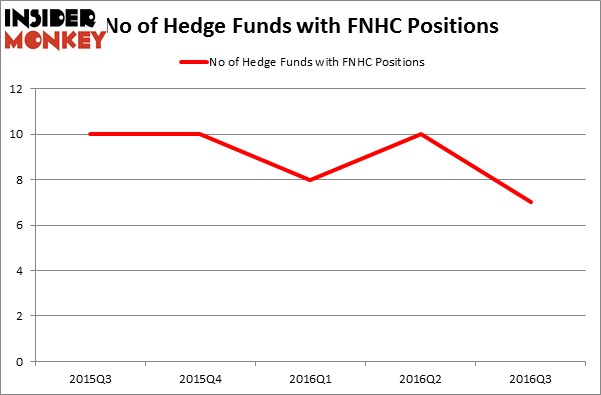 Of the funds tracked by Insider Monkey, Renaissance Technologies, one of the largest hedge funds in the world, has the most valuable position in Federated National Holding Co (NASDAQ:FNHC), worth close to $12.5 million. On Renaissance Technologies’s heels is Ron Bobman of Capital Returns Management, with a $10.8 million position; the fund has 5.1% of its 13F portfolio invested in the stock. Some other members of the smart money that are bullish comprise Anand Parekh’s Alyeska Investment Group, Cliff Asness’ AQR Capital Management and John D. Gillespie’s Prospector Partners. We should note that none of these hedge funds are among our list of the 100 best performing hedge funds which is based on the performance of their 13F long positions in non-microcap stocks.

Is BNC Bancorp (BNCN) A Good Stock to Buy?
Monthly Newsletter Strategy
Download a free copy of our newsletter and see the details inside!
Hedge Fund Resource Center
Related News
11 Best Science YouTube Channels To Watch 10 Most Famous Cubist Paintings 5 Countries That Have the Most Drones
Billionaire Hedge Funds