Is Elliott’s Offer to Compuware An Arbitrage Opportunity? 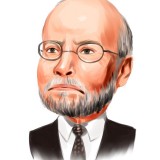 Elliott Management, a large hedge fund founded by Paul Singer in 1977, made an offer to purchase Compuware Corporation (NASDAQ:CPWR) for $11 per share on December 17th. Elliott had reported owning 5.7 million shares of the software and services company at the beginning of October (see Elliott’s stock picks). In its offer, Elliott noted that Compuware’s stock had significantly underperformed the market for the previous two years and claimed that it could better use its assets to deliver shareholder value. The stock currently trades at about $10.80; if it took six months from the current date for a deal to close, buying at that price would yield an annualized unlevered return of 3.7%. Hedge funds like to invest in merger arbitrage- that is, when they expect the deal to close- because the returns tend to be uncorrelated with the market (read more about merger arbitrage strategies).

In this case there’s also the possibility, raised by some analysts, that Elliott’s proposal will kindle more offers for Compuware, including by strategics. Strategic acquirers tend to offer better prices, since they already have a management team in the industry and tend to believe more strongly in the benefits of synergies. Compuware Corporation is reviewing Elliott’s offer, and it’s fair to imagine that one reason is to discuss the prospect of better deals with sell-side bankers- as well as to give other buyers the opportunity to make their own offers. Obviously, if the company sells at a higher price than $11, investors would earn a much higher return than from standard merger arbitrage.

Billionaire Steve Cohen’s SAC Capital Advisors had reported a position of 4.5 million shares in Compuware Corporation in its 13F filing for the third quarter of the year (check out Cohen’s stock picks). D.E. Shaw, a large hedge fund founded by billionaire David Shaw, was another significant investor in the company (find D.E. Shaw’s favorite stocks). MAK Capital One and Osterweis Capital Management were two more hedge funds owning the stock.

After the stock’s reaction to the deal, Compuware trades at 33 times trailing earnings, meaning that the company would need to drastically improve its operations under Elliott’s management. The EV/EBITDA multiple- which may be more relevant to a strategic acquirer paying for cash flow- is 15x. As with earnings, that is a high multiple. With revenue and earnings declining at double-digit rates last quarter versus a year earlier, the stock is certainly not a good value as a stand alone company, and we think it’s quite speculative to buy expecting a higher acquisition price.

We looked at four peers- BMC Software, Inc. (NASDAQ:BMC), CA, Inc. (NASDAQ:CA), International Business Machines Corp. (NYSE:IBM), and Oracle Corporation (NASDAQ:ORCL)– and noted that the highest EV/EBITDA multiple among these companies was 10x. Obviously IBM and Oracle wouldn’t be acquisition targets, and the other two companies have larger market caps than Compuware as well, but they still demonstrate that the cash flow from buying Compuware might be more expensive than acquisitions elsewhere in the industry- keep in mind that an acquirer would need to beat the 15x Elliott is offering- and might also be more expensive than investing in organic growth. As stocks, the trailing P/E multiples range from 11 (at CA) to 20 (at BMC) with forward P/Es of 12 or lower. Certainly these companies are better values than Compuware, and the degree of difference would lead us to advise against speculating that more buyers for the company will emerge.

That leaves the buy case to be the expectation that Elliott will close the deal, and deliver the modest unlevered return we’ve discussed. Of course, investors who are interested in Compuware as a merger arbitrage play should know that closing the deal isn’t certain, and our discussion- and the stock’s rise since Elliott’s offer- suggests that any bad news for the deal will cause the stock price to decline.