Is DaVita HealthCare Partners Inc (DVA) Worth a Buy?

In order to be successful in investing, just pick a great company and stick with it through ups and downs. That is what Charlie Munger often advises investors to do. Indeed, Warren Buffett has become a better investor when his investment philosophy shifted towards great quality businesses. Recently, Berkshire Hathaway Inc. (NYSE:BRK.A) has been adding shares of DaVita HealthCare Partners Inc (NYSE:DVA) to its portfolio, even as its share price reached its all time high of $123.35 per share. That might be Ted Weschler’s decision, as he has been a DaVita shareholder for more than 12 years.

Let’s take a closer look to see whether or not DaVita HealthCare Partners Inc (NYSE:DVA) should be a long-term stock in value investors’ portfolios. 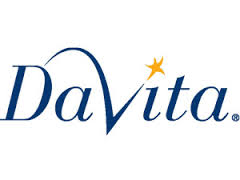 DaVita HealthCare Partners Inc (NYSE:DVA) is considered one of the leading providers of kidney dialysis services in the U.S. In 2012, the company provided dialysis services via the network of more than 1,950 dialysis centers for about 153,000 patients. With the recent acquisition of HCP, Inc. (NYSE:HCP) in November 2012, DaVita HealthCare Partners Inc (NYSE:DVA) entered the business of patient and physician-focused integrated healthcare delivery and management. In 2012, HCP had around 724,000 members in different areas, including Southern California, southern Nevada, and Florida. The majority of its revenue, $7.1 billion, or 86% of the total revenue, was generated from the U.S. dialysis segment while the HCP segment contributed $477 million in 2012 revenue, accounting for 5.8% of the total revenue. Assuming that HCP was acquired in the beginning of 2012, on a pro forma basis, U.S. dialysis would have accounted for 68% of the total revenue, while HCP would have accounted for 26% of the total revenue.

At first glance, DaVita seems to be over-leveraged. As of December 2012, DaVita HealthCare Partners Inc (NYSE:DVA) had nearly $3.93 billion in total stockholders’ equity, $533.75 million in cash and more than $8.55 billion in both long and short-term debt. In 2012, the amortizable intangible amount increased significantly, from $159.5 million in 2011 to nearly $2.13 billion in 2012, mainly due to nearly $1.49 billion in customer relationships. However, the debt maturities were spread out over many years.

With a yearly EBITDA of $1.74 billion, I personally think that DaVita HealthCare Partners Inc (NYSE:DVA) could be quite comfortable to cover interest expenses and debt principals. Moreover, DaVita has demonstrated an impressive operating performance record for the past 10 years. Its revenue has increased four times, from $2 billion in 2003 to nearly $8.19 billion in 2012, whereas its earnings rose significantly from $176 million, or $1.66 per share, to $536 million, or $5.47 per share, in the same period. Interestingly, its share count has been shrinking by 14%, from 114 million shares in 2003 to around 98 million shares in 2012.

DaVita HealthCare Partners Inc (NYSE:DVA) ranked second in the industry, behind its main competitor Fresenius Medical Care AG & Co. (ADR) (NYSE:FMS), which has more than 3,160 global dialysis clinics to treat nearly 260,000 patients worldwide. The two companies combined accounted for around two-thirds of outpatient dialysis patients in the U.S. Interestingly, both companies have been strategic partners for several years. DaVita has purchased some dialysis equipment from Fresenius since 2010. In January, those two companies signed an agreement for providing certain pharmacy services to Fresenius’s Medicare patients in the U.S.

Is Bristol-Myers Squibb Co. (BMY) One of the Best Companies in America? 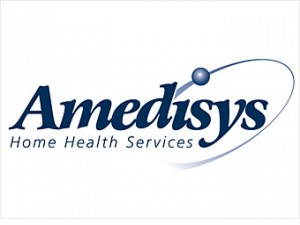