Is Chubb Ltd (CB) a Good Stock to Buy?

Before we spend days researching a stock idea we’d like to take a look at how hedge funds and billionaire investors recently traded that stock. S&P 500 Index returned about 7.6% during the last 12 months ending November 21, 2016. Most investors don’t notice that less than 49% of the stocks in the index outperformed the index. This means you (or a monkey throwing a dart) have less than an even chance of beating the market by randomly picking a stock. On the other hand, the top 30 mid-cap stocks among the best performing hedge funds had an average return of 18% during the same period. Hedge funds had bad stock picks like everyone else. We are sure you have read about their worst picks, like Valeant, in the media over the past year. So, taking cues from hedge funds isn’t a foolproof strategy, but it seems to work on average. In this article, we will take a look at what hedge funds think about Chubb Ltd (NYSE:CB).

Chubb Ltd (NYSE:CB) has seen a decrease in activity from the world’s largest hedge funds during the third quarter, as the company was included in the equity portfolios 33 hedge funds’ portfolios at the end of the third quarter, down from 37 funds a quarter earlier. At the end of this article we will also compare CB to other stocks including NextEra Energy, Inc. (NYSE:NEE), American International Group Inc (NYSE:AIG), and Duke Energy Corp (NYSE:DUK) to get a better sense of its popularity. 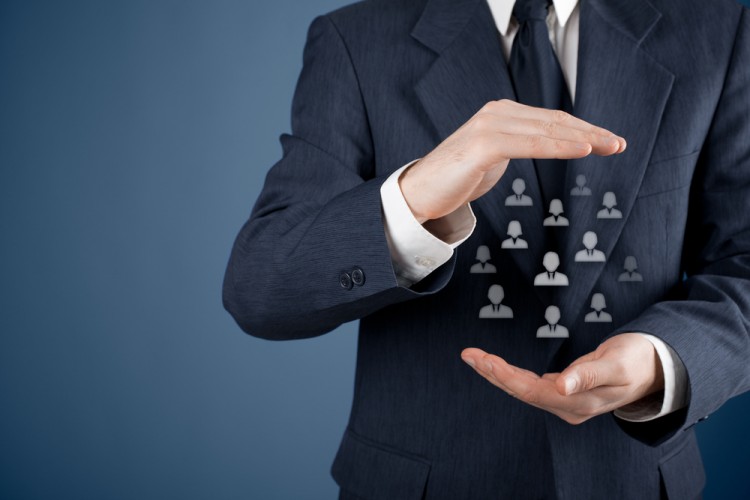 A total of 33 funds tracked by Insider Monkey were bullish on Chubb, down by 11% from one quarter earlier. With hedge funds’ positions undergoing their usual ebb and flow, there exists a select group of noteworthy hedge fund managers who were increasing their holdings considerably (or already accumulated large positions). 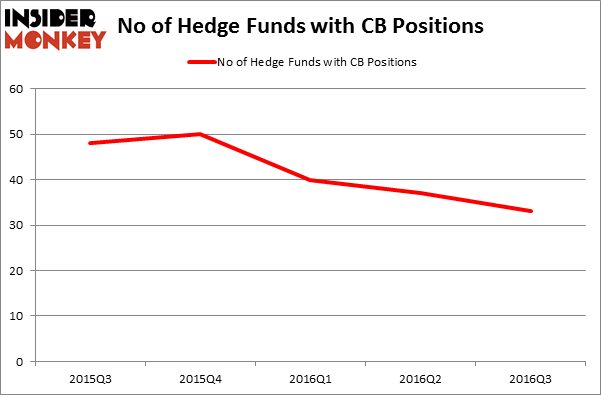 According to publicly available hedge fund and institutional investor holdings data compiled by Insider Monkey, Dan Loeb’s Third Point has the largest position in Chubb Ltd (NYSE:CB), worth close to $226.2 million, amounting to 2% of its total 13F portfolio. The second largest stake is held by Jim Simons’ Renaissance Technologies, which reported a $214.9 million position; 0.4% of its 13F portfolio is allocated to the stock. Other hedge funds and institutional investors with similar optimism comprise John A. Levin’s Levin Capital Strategies, Brian Ashford-Russell and Tim Woolley’s Polar Capital, and Phill Gross and Robert Atchinson’s Adage Capital Management.

Seeing as Chubb Ltd (NYSE:CB) has experienced declining sentiment from the entirety of the hedge funds we track, logic holds that there lies a certain “tier” of fund managers that decided to sell off their positions entirely by the end of the third quarter. At the top of the heap, Peter Rathjens, Bruce Clarke and John Campbell’s Arrowstreet Capital dumped the largest stake of all the hedgies monitored by Insider Monkey, worth about $11.3 million in stock. Charles Davidson’s fund, Wexford Capital, also said goodbye to its stock, about $9.9 million worth.

Let’s now take a look at hedge fund activity in other stocks similar to Chubb Ltd (NYSE:CB). We will take a look at NextEra Energy, Inc. (NYSE:NEE), American International Group Inc (NYSE:AIG), Duke Energy Corp (NYSE:DUK), and The Bank of Nova Scotia (USA) (NYSE:BNS). All of these stocks’ market caps are closest to CB’s market cap.

As you can see these stocks had an average of 38 investors with bullish positions and the average amount invested in these stocks was $2.23 billion. That figure was $1.28 billion in CB’s case. With 82 funds holding long positions, American International Group Inc (NYSE:AIG) is the most popular stock in this table. On the other hand The Bank of Nova Scotia (USA) (NYSE:BNS) is the least popular one with only 14 bullish hedge fund positions. The Chubb Corporation (NYSE:CB) is not the least popular stock in this group, but hedge fund interest is still below average. This is a slightly negative signal and we’d rather spend our time researching stocks that hedge funds are piling on. In this regard, American International Group Inc (NYSE:AIG) might be a better candidate to consider a long position.