Is it smart to be bullish on Central Pacific Financial Corp. (NYSE:CPF)?

If you were to ask many traders, hedge funds are viewed as overrated, old financial vehicles of an era lost to time. Although there are more than 8,000 hedge funds in operation currently, this site looks at the moguls of this group, around 525 funds. Analysts calculate that this group oversees the lion’s share of the hedge fund industry’s total assets, and by paying attention to their highest performing equity investments, we’ve figured out a few investment strategies that have historically outstripped the S&P 500. Our small-cap hedge fund strategy beat the S&P 500 index by 18 percentage points a year for a decade in our back tests, and since we’ve started sharing our picks with our subscribers at the end of August 2012, we have outperformed the S&P 500 index by 33 percentage points in 11 months (explore the details and some picks here).

Equally as necessary, optimistic insider trading activity is another way to analyze the world of equities. There are a variety of stimuli for an executive to drop shares of his or her company, but only one, very clear reason why they would behave bullishly. Many empirical studies have demonstrated the useful potential of this method if you know where to look (learn more here).

How have hedgies been trading Central Pacific Financial Corp. (NYSE:CPF)?

At Q2’s end, a total of 12 of the hedge funds we track held long positions in this stock, a change of 33% from the previous quarter. With the smart money’s sentiment swirling, there exists a select group of noteworthy hedge fund managers who were boosting their holdings considerably. 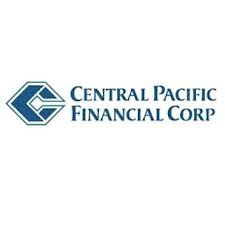 Out of the hedge funds we follow, Kevin Michael Ulrich’s Anchorage Advisors had the biggest position in Central Pacific Financial Corp. (NYSE:CPF), worth close to $170.3 million, comprising 10.3% of its total 13F portfolio. On Anchorage Advisors’s heels is Baupost Group, managed by Seth Klarman, which held a $26.9 million position; the fund has 0.7% of its 13F portfolio invested in the stock. Some other peers that are bullish include Jim Simons’s Renaissance Technologies, D. E. Shaw’s D E Shaw and Doug Silverman and Alexander Klabin’s Senator Investment Group.

How have insiders been trading Central Pacific Financial Corp. (NYSE:CPF)?

Bullish insider trading is best served when the company in question has seen transactions within the past 180 days. Over the last 180-day time frame, Central Pacific Financial Corp. (NYSE:CPF) has seen zero unique insiders purchasing, and zero insider sales (see the details of insider trades here).

We’ll check out the relationship between both of these indicators in other stocks similar to Central Pacific Financial Corp. (NYSE:CPF). These stocks are PacWest Bancorp (NASDAQ:PACW), BBCN Bancorp, Inc. (NASDAQ:BBCN), West Coast Bancorp (NASDAQ:WCBO), Hanmi Financial Corp (NASDAQ:HAFC), and First Interstate Bancsystem Inc (NASDAQ:FIBK). This group of stocks are the members of the regional – pacific banks industry and their market caps are closest to CPF’s market cap.