Is CBS Corporation (CBS) Going to Burn These Hedge Funds?

CBS Corporation (NYSE:CBS) has experienced an increase in hedge fund interest of late. 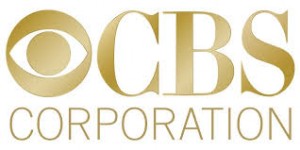 In the 21st century investor’s toolkit, there are many metrics investors can use to monitor stocks. A duo of the most underrated are hedge fund and insider trading movement. At Insider Monkey, our research analyses have shown that, historically, those who follow the best picks of the top investment managers can trounce the broader indices by a solid amount (see just how much).

Just as important, optimistic insider trading sentiment is another way to parse down the stock market universe. As the old adage goes: there are a number of motivations for an upper level exec to cut shares of his or her company, but just one, very obvious reason why they would initiate a purchase. Plenty of academic studies have demonstrated the market-beating potential of this tactic if shareholders know where to look (learn more here).

Keeping this in mind, we’re going to take a gander at the latest action surrounding CBS Corporation (NYSE:CBS).

At Q1’s end, a total of 65 of the hedge funds we track were bullish in this stock, a change of 30% from the previous quarter. With hedge funds’ positions undergoing their usual ebb and flow, there exists an “upper tier” of noteworthy hedge fund managers who were boosting their holdings considerably.

According to our comprehensive database, Coatue Management, managed by Philippe Laffont, holds the largest position in CBS Corporation (NYSE:CBS). Coatue Management has a $652.6 million position in the stock, comprising 8.2% of its 13F portfolio. Sitting at the No. 2 spot is Point State Capital, managed by Sean Cullinan, which held a $218 million position; the fund has 3.2% of its 13F portfolio invested in the stock. Remaining hedgies with similar optimism include Andreas Halvorsen’s Viking Global, Daniel S. Och’s OZ Management and David Einhorn’s Greenlight Capital.

Consequently, key money managers have been driving this bullishness. Viking Global, managed by Andreas Halvorsen, created the most valuable position in CBS Corporation (NYSE:CBS). Viking Global had 198.1 million invested in the company at the end of the quarter. William B. Gray’s Orbis Investment Management also made a $163.8 million investment in the stock during the quarter. The other funds with new positions in the stock are John Griffin’s Blue Ridge Capital, Michael Karsch’s Karsch Capital Management, and Spencer M. Waxman’s Shannon River Fund Management.

What have insiders been doing with CBS Corporation (NYSE:CBS)?

Insider buying is most useful when the company in question has experienced transactions within the past six months. Over the latest 180-day time period, CBS Corporation (NYSE:CBS) has experienced zero unique insiders purchasing, and zero insider sales (see the details of insider trades here).

With the results exhibited by Insider Monkey’s strategies, everyday investors should always monitor hedge fund and insider trading activity, and CBS Corporation (NYSE:CBS) is an important part of this process.