Is AT&T Inc. (T) Going to Burn These Hedge Funds?

The market has been volatile due to elections and the potential of another Federal Reserve rate increase. Small cap stocks have been on a tear, as the Russell 2000 ETF (IWM) has outperformed the larger S&P 500 ETF (SPY) by more than 10 percentage points since the end of June. SEC filings and hedge fund investor letters indicate that the smart money seems to be getting back in stocks, and the funds’ movements is one of the reasons why small-cap stocks are red hot. In this article, we analyze what the smart money thinks of AT&T Inc. (NYSE:T) and find out how it is affected by hedge funds’ moves.

Is AT&T Inc. (NYSE:T) a good investment right now? The smart money is taking a bearish view. The number of bullish hedge fund bets went down by 4 lately. At the end of this article we will also compare T to other stocks including Wells Fargo & Co (NYSE:WFC), China Mobile Ltd. (ADR) (NYSE:CHL), and Verizon Communications Inc. (NYSE:VZ) to get a better sense of its popularity. 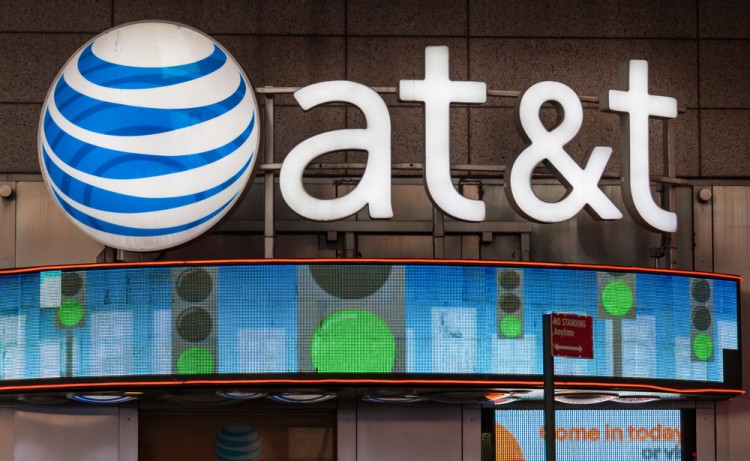 Keeping this in mind, we’re going to take a peek at the key action regarding AT&T Inc. (NYSE:T).

At Q3’s end, a total of 51 of the hedge funds tracked by Insider Monkey were bullish on this stock, a change of -7% from the previous quarter. With hedge funds’ capital changing hands, there exists a few notable hedge fund managers who were upping their stakes substantially (or already accumulated large positions). 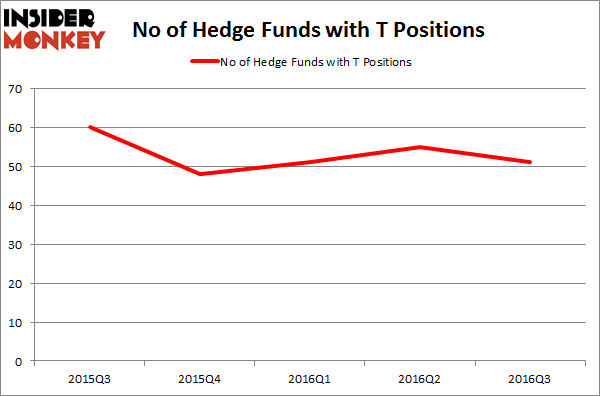 Judging by the fact that AT&T Inc. (NYSE:T) has witnessed declining sentiment from the aggregate hedge fund industry, logic holds that there lies a certain “tier” of hedgies who were dropping their full holdings heading into Q4. At the top of the heap, Jason Karp’s Tourbillon Capital Partners said goodbye to the largest stake of the “upper crust” of funds watched by Insider Monkey, totaling an estimated $299.9 million in call options.. Ken Griffin’s fund, Citadel Investment Group, also dumped its call options., about $111.5 million worth. These transactions are important to note, as aggregate hedge fund interest dropped by 4 funds heading into Q4.

As you can see these stocks had an average of 62.25 hedge funds with bullish positions and the average amount invested in these stocks was $9.1 billion. That figure was $2.54 billion in T’s case. Wells Fargo & Co (NYSE:WFC) is the most popular stock in this table. On the other hand China Mobile Ltd. (ADR) (NYSE:CHL) is the least popular one with only 20 bullish hedge fund positions. AT&T Inc. (NYSE:T) is not the least popular stock in this group but hedge fund interest is still below average. This is a slightly negative signal and we’d rather spend our time researching stocks that hedge funds are piling on. In this regard WFC might be a better candidate to consider a long position.