Is Assurant, Inc. (AIZ) a Good Stock to Buy?

Hedge funds may not always be right, even collectively, but data shows that their consensus long positions have historically outperformed broader market benchmarks. For example, the Goldman Sachs’ VIP list, which includes the 50 stocks that appear the most often among hedge funds’ top-10 largest holdings, has beaten the S&P 500 gauge on a quarterly basis 64% of the time since 2001, including last year, when it delivered impressive 23% returns in a flat market. Meanwhile, Goldman Sachs’ list of the 20 ‘Most Concentrated’ stocks, which hedge funds own the highest percentage of in terms of the stock’s float, has gained 18% this year to the S&P 500’s 8% gains. Clearly, it’s worthwhile to pay attention to what hedge funds are buying, so let’s check out the latest 13F filing data to see what they think about Assurant, Inc. (NYSE:AIZ).

During the third quarter, the number of bullish hedge fund positions in Assurant, Inc. (NYSE:AIZ) declined by eight. The company was included in the portfolios of 16 funds tracked by Insider Monkey at the end of September, down from 24 funds a quarter earlier. At the end of this article we will also compare AIZ to other stocks including JetBlue Airways Corporation (NASDAQ:JBLU), Post Holdings Inc (NYSE:POST), and Calpine Corporation (NYSE:CPN) to get a better sense of its popularity. 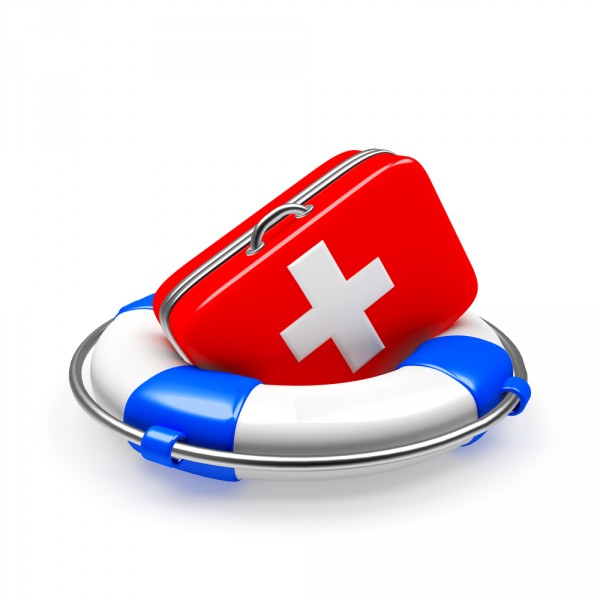 What does the smart money think about Assurant, Inc. (NYSE:AIZ)?

At the end of third quarter, 16 of the hedge funds tracked by Insider Monkey were bullish on this stock, which represents a drop of 33% from the second quarter of 2016. By comparison, 16 hedge funds held shares or bullish call options in AIZ heading into 2016. With hedgies’ positions undergoing their usual ebb and flow, there exists a few notable hedge fund managers who were boosting their stakes significantly (or already accumulated large positions). 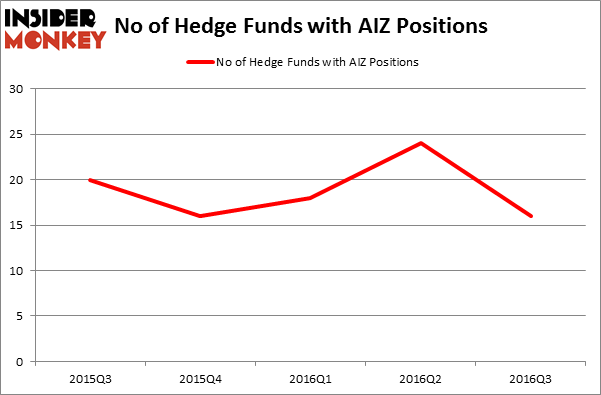 Seeing as Assurant, Inc. (NYSE:AIZ) has sustained bearish sentiment from the entirety of the hedge funds we track, it’s easy to see that there lies a certain “tier” of funds that elected to cut their positions entirely last quarter. It’s worth mentioning that Jacob Gottlieb’s Visium Asset Management cut the largest investment of the 700 funds watched by Insider Monkey, comprising close to $7.4 million in stock, and George Hall’s Clinton Group was right behind this move, as the fund cut about $2.3 million worth of shares.

As you can see these stocks had an average of 31 funds with bullish positions and the average amount invested in these stocks was $738 million. That figure was $220 million in AIZ’s case. Post Holdings Inc (NYSE:POST) is the most popular stock in this table. On the other hand Polaris Industries Inc. (NYSE:PII) is the least popular one with only 12 bullish hedge fund positions. Assurant, Inc. (NYSE:AIZ) is not the least popular stock in this group but hedge fund interest is still below average. This is a slightly negative signal and we’d rather spend our time researching stocks that hedge funds are piling on. In this regard POST might be a better candidate to consider taking a long position in.