Hedge fund managers like David Einhorn, Dan Loeb, or Carl Icahn became billionaires through reaping large profits for their investors, which is why piggybacking their stock picks may provide us with significant returns as well. Many hedge funds, like Paul Singer’s Elliott Management, are pretty secretive, but we can still get some insights by analyzing their quarterly 13F filings. One of the most fertile grounds for large abnormal returns is hedge funds’ most popular small-cap picks, which are not so widely followed and often trade at a discount to their intrinsic value. In this article we will check out hedge fund activity in another small-cap stock: ASML Holding NV (ADR) (NASDAQ:ASML).

ASML Holding NV (ADR) (NASDAQ:ASML) has seen an increase in hedge fund sentiment recently. ASML was in 10 hedge funds’ portfolios at the end of September. There were 8 hedge funds in our database with ASML positions at the end of June. At the end of this article we will also compare ASML to other stocks including 58.com Inc (ADR) (NYSE:WUBA), Gaming and Leisure Properties Inc (NASDAQ:GLPI), and Leucadia National Corp. (NYSE:LUK) to get a better sense of its popularity. 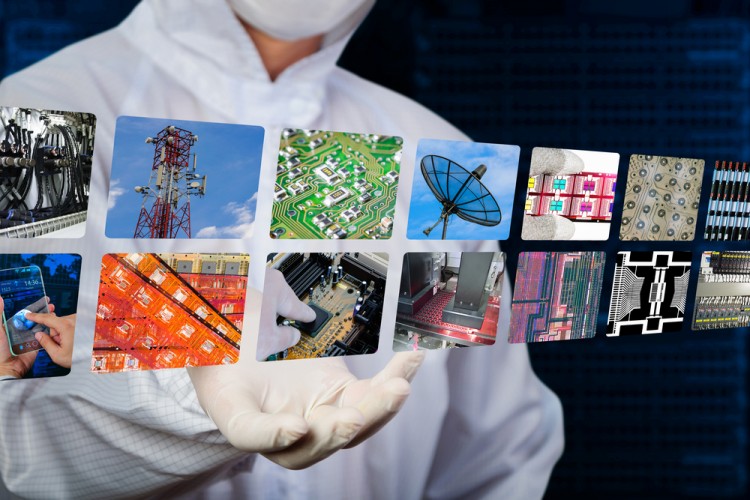 What have hedge funds been doing with ASML Holding NV (ADR) (NASDAQ:ASML)?

Heading into the fourth quarter of 2016, a total of 10 of the hedge funds tracked by Insider Monkey held long positions in this stock, a gain of 25% from one quarter earlier. By comparison, 9 hedge funds held shares or bullish call options in ASML heading into this year, which is since up by 11% (through the end of September). With the smart money’s positions undergoing their usual ebb and flow, there exists a select group of noteworthy hedge fund managers who were increasing their holdings considerably (or already accumulated large positions). 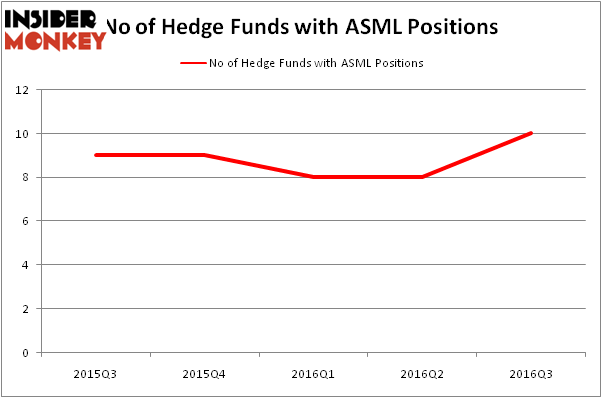 When looking at the institutional investors followed by Insider Monkey, Ken Fisher’s Fisher Asset Management has the most valuable position in ASML Holding NV (ADR) (NASDAQ:ASML), worth close to $69.2 million. The second largest stake is held by Arrowstreet Capital, led by Peter Rathjens, Bruce Clarke and John Campbell, holding a $68.6 million position. Other peers that hold long positions comprise D E Shaw, one of the biggest hedge funds in the world, John Burbank’s Passport Capital, and Matthew Hulsizer’s PEAK6 Capital Management. We should note that none of these hedge funds are among our list of the 100 best performing hedge funds, which is based on the performance of their 13F long positions in non-micro-cap stocks.

As aggregate interest increased, some big names have jumped into ASML Holding NV (ADR) (NASDAQ:ASML) headfirst. Two Sigma Advisors, led by John Overdeck and David Siegel, created the most outsized position in ASML Holding NV (ADR) (NASDAQ:ASML). Two Sigma Advisors had $2.6 million invested in the company at the end of the third quarter. Ken Griffin’s Citadel Investment Group also made a $1.1 million investment in the stock during the quarter. The following funds were also among the new ASML investors: Mike Vranos’ Ellington and Drew Cupps’ Cupps Capital Management.

As you can see these stocks had an average of 24 hedge funds with bullish positions and the average amount invested in these stocks was $692 million. That figure was $169 million in ASML’s case. Gaming and Leisure Properties Inc (NASDAQ:GLPI) is the most popular stock in this table. On the other hand Omega Healthcare Investors Inc (NYSE:OHI) is the least popular one with only 11 bullish hedge fund positions. Compared to these stocks ASML Holding NV (ADR) (NASDAQ:ASML) is even less popular than OHI. Considering that hedge funds aren’t fond of this stock in relation to other companies analyzed in this article, it may be a good idea to analyze it in detail and understand why the smart money isn’t behind this stock.