Is Apache Corporation (APA) a Good Stock To Buy?

Most investors tend to think that hedge funds and other asset managers are worthless, as they cannot beat even simple index fund portfolios. In fact, most people expect hedge funds to compete with and outperform the bull market that we have witnessed over the past few years. However, hedge funds are generally partially hedged and aim at delivering attractive risk-adjusted returns rather than following the ups and downs of equity markets hoping that they will outperform the broader market. Our research shows that hedge funds do have great stock picking skills, so let’s take a glance at the smart money sentiment towards Apache Corporation (NYSE:APA).

Overall, the hedge fund activity surrounding Apache Corporation (NYSE:APA) was flat during the third quarter, which usually is a negative indicator. However, the level and the change in hedge fund popularity aren’t the only variables you need to analyze to decipher hedge funds’ perspectives. A stock may witness a boost in popularity but it may still be less popular than similarly priced stocks. That’s why at the end of this article we will examine companies such as Williams Partners L.P. (NYSE:WPZ), Southern Copper Corp (NYSE:SCCO), and ConAgra Foods, Inc. (NYSE:CAG) to gather more data points. 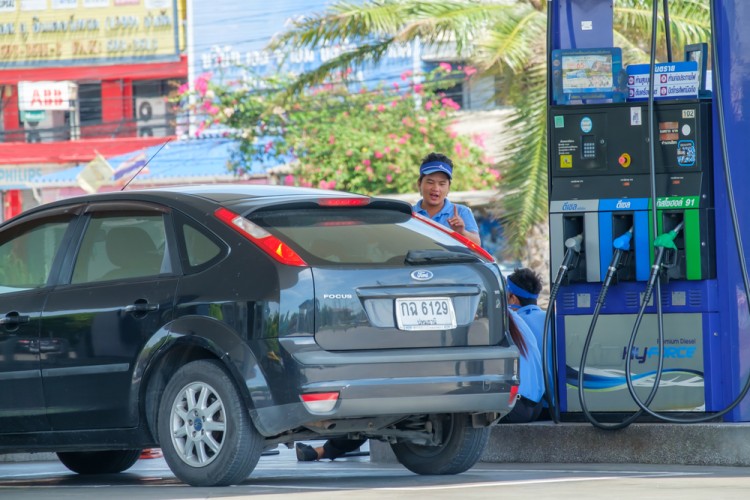 At the end of the third quarter, 33 funds followed by Insider Monkey were bullish on Apache Corporation, unchanged over the quarter. With hedge funds’ positions undergoing their usual ebb and flow, there exists a select group of noteworthy hedge fund managers who were boosting their stakes substantially (or already accumulated large positions). 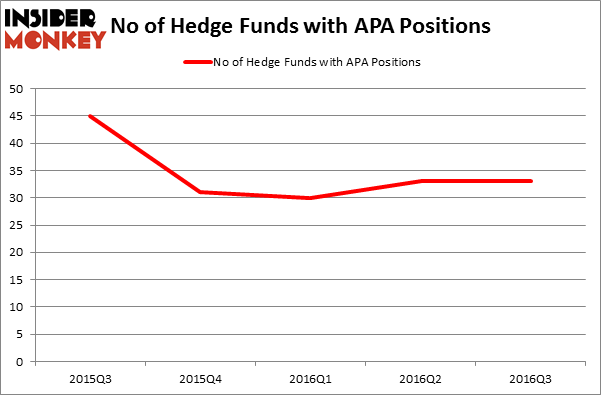 Of the funds tracked by Insider Monkey, William B. Gray’s Orbis Investment Management holds the most valuable position in Apache Corporation (NYSE:APA). Orbis Investment Management has a $863.7 million position in the stock, comprising 6% of its 13F portfolio. Sitting at the No. 2 spot is Edinburgh Partners, managed by Sandy Nairn, which holds a $76.3 million position; 14.2% of its 13F portfolio is allocated to the company. Other peers that hold long positions comprise Mark Kingdon’s Kingdon Capital, William Harnisch’s Peconic Partners LLC, and Jorge Paulo Lemann’s 3G Capital.

Judging by the fact that Apache Corporation (NYSE:APA) has experienced bearish sentiment from hedge fund managers, we can see that there lies a certain “tier” of money managers who were dropping their full holdings last quarter. At the top of the heap, Israel Englander’s Millennium Management sold off the largest stake of all the hedgies tracked by Insider Monkey, comprising an estimated $35.4 million in stock, and Till Bechtolsheimer’s Arosa Capital Management was right behind this move, as the fund cut about $22.4 million worth of shares. These moves are interesting, as aggregate hedge fund interest stayed the same (this is a bearish signal in our experience).

As you can see these stocks had an average of 24 funds with bullish positions at the end of September and the average amount invested in these stocks was $933 million. That figure was $1.30 billion in APA’s case. ConAgra Foods, Inc. (NYSE:CAG) is the most popular stock in this table. On the other hand Williams Partners L.P. (NYSE:WPZ) is the least popular one with only 11 bullish hedge fund positions. Apache Corporation (NYSE:APA) is not the most popular stock in this group but hedge fund interest is still above average. This is a slightly positive signal but we’d rather spend our time researching stocks that hedge funds are piling on. In this regard ConAgra Foods, Inc. (NYSE:CAG) might be a better candidate to consider a long position.