Is AER A Good Stock To Buy Now?

Insider Monkey has processed numerous 13F filings of hedge funds and successful value investors to create an extensive database of hedge fund holdings. The 13F filings show the hedge funds’ and successful investors’ positions as of the end of the third quarter. You can find articles about an individual hedge fund’s trades on numerous financial news websites. However, in this article we will take a look at their collective moves over the last 5 years and analyze what the smart money thinks of AerCap Holdings N.V. (NYSE:AER) based on that data.

Is AER a good stock to buy now? AerCap Holdings N.V. (NYSE:AER) has seen an increase in hedge fund sentiment of late. AerCap Holdings N.V. (NYSE:AER) was in 38 hedge funds’ portfolios at the end of September. The all time high for this statistic is 77. Our calculations also showed that AER isn’t among the 30 most popular stocks among hedge funds (click for Q3 rankings and see the video for a quick look at the top 5 stocks). 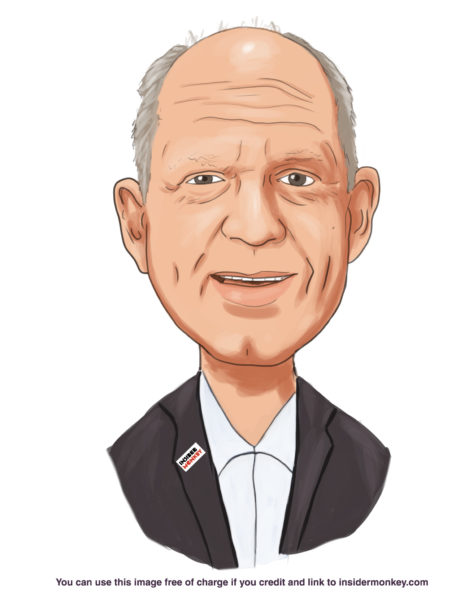 At Insider Monkey we leave no stone unturned when looking for the next great investment idea. For example, the House passed a landmark bill decriminalizing marijuana. So, we are checking out this under the radar cannabis stock right now. We go through lists like the 15 best blue chip stocks to buy to pick the best large-cap stocks to buy. Even though we recommend positions in only a tiny fraction of the companies we analyze, we check out as many stocks as we can. We read hedge fund investor letters and listen to stock pitches at hedge fund conferences. You can subscribe to our free daily newsletter on our website. Keeping this in mind we’re going to take a glance at the key hedge fund action surrounding AerCap Holdings N.V. (NYSE:AER).

Do Hedge Funds Think AER Is A Good Stock To Buy Now?

At Q3’s end, a total of 38 of the hedge funds tracked by Insider Monkey held long positions in this stock, a change of 27% from the previous quarter. On the other hand, there were a total of 31 hedge funds with a bullish position in AER a year ago. With hedge funds’ positions undergoing their usual ebb and flow, there exists a select group of noteworthy hedge fund managers who were boosting their holdings substantially (or already accumulated large positions). 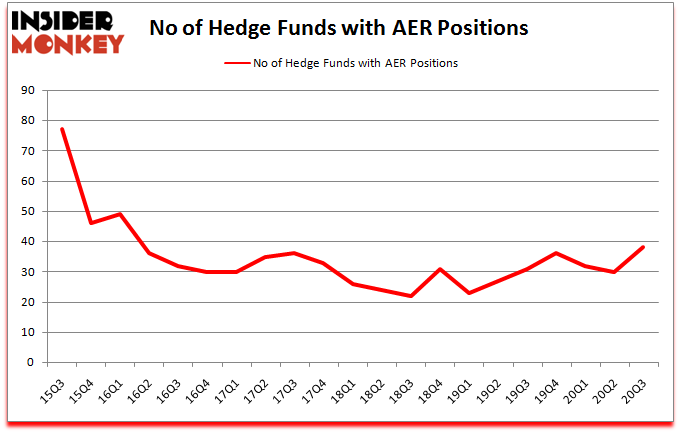 More specifically, Eagle Capital Management was the largest shareholder of AerCap Holdings N.V. (NYSE:AER), with a stake worth $205.3 million reported as of the end of September. Trailing Eagle Capital Management was Lyrical Asset Management, which amassed a stake valued at $129.5 million. Hound Partners, Greenlight Capital, and Adage Capital Management were also very fond of the stock, becoming one of the largest hedge fund holders of the company. In terms of the portfolio weights assigned to each position Tiger Management allocated the biggest weight to AerCap Holdings N.V. (NYSE:AER), around 10.1% of its 13F portfolio. Elm Ridge Capital is also relatively very bullish on the stock, setting aside 9.77 percent of its 13F equity portfolio to AER.

As you can see these stocks had an average of 21.3 hedge funds with bullish positions and the average amount invested in these stocks was $208 million. That figure was $754 million in AER’s case. Insmed Incorporated (NASDAQ:INSM) is the most popular stock in this table. On the other hand Gates Industrial Corporation plc (NYSE:GTES) is the least popular one with only 14 bullish hedge fund positions. Compared to these stocks AerCap Holdings N.V. (NYSE:AER) is more popular among hedge funds. Our overall hedge fund sentiment score for AER is 74.8. Stocks with higher number of hedge fund positions relative to other stocks as well as relative to their historical range receive a higher sentiment score. Our calculations showed that top 20 most popular stocks among hedge funds returned 41.3% in 2019 and outperformed the S&P 500 ETF (SPY) by 10 percentage points. These stocks returned 33.3% in 2020 through December 18th but still managed to beat the market by 16.4 percentage points. Hedge funds were also right about betting on AER as the stock returned 63.1% since the end of September (through 12/18) and outperformed the market by an even larger margin. Hedge funds were clearly right about piling into this stock relative to other stocks with similar market capitalizations.

Is AER A Good Investment Right Now?Is AER A Good Stock To Buy?NYSE:AERSentiment Score Between 70 and 80Yahoo Finance