Is Aecom (ACM) A Good Stock To Buy?

It seems that the masses and most of the financial media hate hedge funds and what they do, but why is this hatred of hedge funds so prominent? At the end of the day, these asset management firms do not gamble the hard-earned money of the people who are on the edge of poverty. Truth be told, most hedge fund managers and other smaller players within this industry are very smart and skilled investors. Of course, they may also make wrong bets in some instances, but no one knows what the future holds and how market participants will react to the bountiful news that floods in each day. The S&P 500 Index gained 7.6% in the 12 month-period that ended November 21, while less than 49% of its stocks beat the benchmark. In contrast, the 30 most popular mid-cap stocks among the top hedge fund investors tracked by the Insider Monkey team returned 18% over the same period, which provides evidence that these money managers do have great stock picking abilities. That’s why we believe it isn’t a waste of time to check out hedge fund sentiment before you invest in a stock like Aecom (NYSE:ACM).

Hedge fund interest in Aecom (NYSE:ACM) shares was flat at the end of last quarter. This is usually a negative indicator. The level and the change in hedge fund popularity aren’t the only variables you need to analyze to decipher hedge funds’ perspectives. A stock may witness a boost in popularity but it may still be less popular than similarly priced stocks. That’s why at the end of this article we will examine companies such as The Toro Company (NYSE:TTC), AutoNation, Inc. (NYSE:AN), and Acadia Healthcare Company Inc (NASDAQ:ACHC) to gather more data points.

How have hedgies been trading Aecom (NYSE:ACM)?

Heading into the fourth quarter of 2016, a total of 26 of the hedge funds tracked by Insider Monkey were bullish on this stock, unchanged from one quarter earlier. With hedge funds’ capital changing hands, there exists a select group of notable hedge fund managers who were increasing their holdings significantly (or already accumulated large positions). 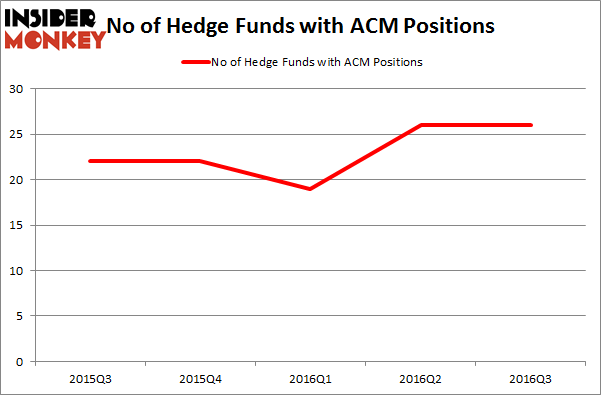 According to Insider Monkey’s hedge fund database, Pzena Investment Management, managed by Richard S. Pzena, holds the largest position in Aecom (NYSE:ACM). According to regulatory filings, the fund has an $83.1 million position in the stock, comprising 0.5% of its 13F portfolio. The second most bullish fund manager is Greenlight Capital, led by David Einhorn, holding a $59.6 million position; the fund has 1.1% of its 13F portfolio invested in the stock. Remaining peers that are bullish encompass Edgar Wachenheim’s Greenhaven Associates, Brian Ashford-Russell and Tim Woolley’s Polar Capital and Robert B. Gillam’s McKinley Capital Management. 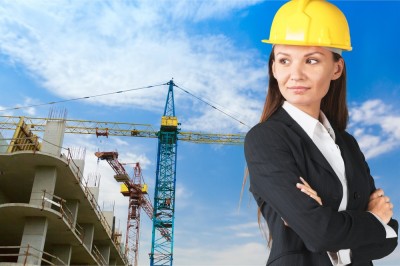 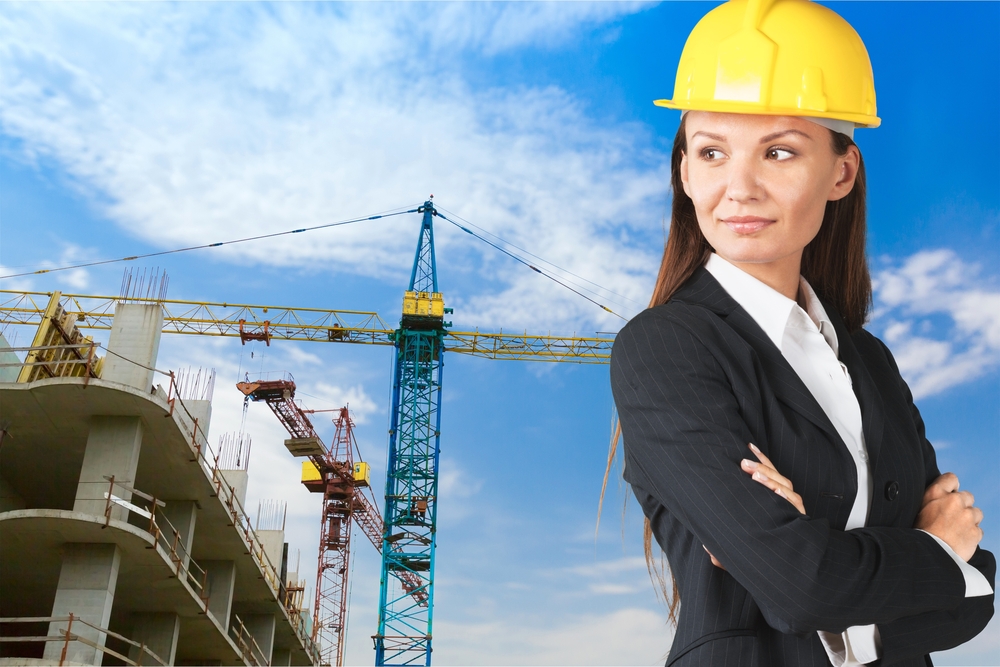 AECOM (ACM): Are Hedge Funds Right About This Stock? 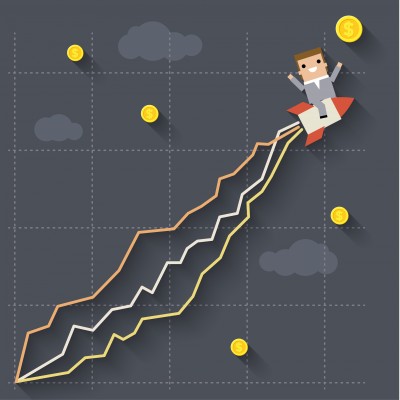 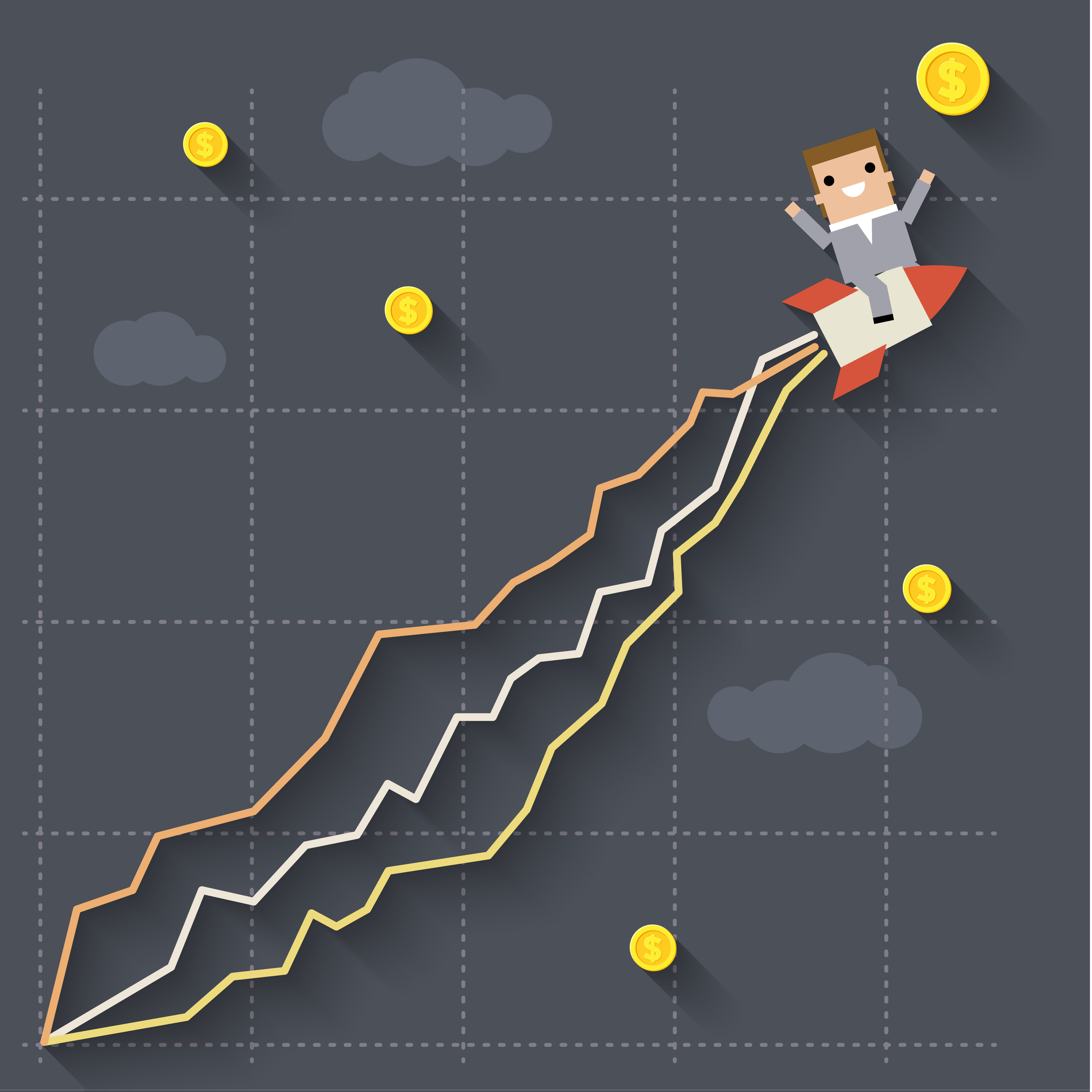 Pamplona Capital Is Heavily Betting On These 4 Companies for Q2
Monthly Newsletter Strategy
Download a free copy of our newsletter and see the details inside!
Hedge Fund Resource Center
Billionaire Hedge Funds