IPC Healthcare Inc (IPCM) Surges 40% As It Agrees To Takeover By Team Health Holdings LLC (TMH): Can IPCM Be Bought At The Moment?

IPC Healthcare Inc (NASDAQ:IPCM) surged by around 35% and hit a lifetime high on Tuesday following the announcement regarding its acquisition by Team Health Holdings LLC (NYSE:TMH). IPC Healthcare Inc (NASDAQ:IPCM) has agreed to be acquired by Team Health Holdings for a price of $80.25 per share or $1.6 billion in total, which is a 37.3% premium to the closing price on Monday. The deal is expected to close in the fourth quarter.

IPC Healthcare Inc (NASDAQ:IPCM) reported its financial results for the second quarter on July 29. The acute hospitalist posted EPS of $0.53, missing the consensus expectation by $0.01 with a revenue of $184 million for the quarter, $2.05 million below the consensus estimate. 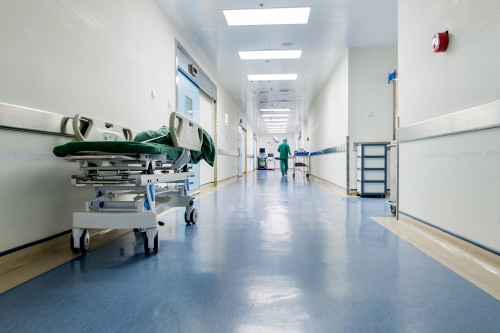 Heading into the second quarter, a total of seven of the hedge funds tracked by Insider Monkey were bullish on IPC Healthcare Inc (NASDAQ:IPCM), holding in aggregate $18.6 million worth of stock, which is 1.5% lower than aggregate capital held by nine funds at the end of 2014. During the January – March period, the stock has appreciated by 1.6%, which shows an outflow of capital from the company. In this way, it seems that hedge funds have not anticipated a takeover deal as they have been bearish on the stock.

Why do we pay attention to hedge fund sentiment surrounding a company? Most investors ignore hedge funds’ moves because as a group their average net returns trailed the market since 2008 by a large margin. Unfortunately, most investors don’t realize that hedge funds are hedged and they also charge an arm and a leg, so they are likely to underperform the market in a bull market. We ignore their short positions and by imitating hedge funds’ stock picks independently, we don’t have to pay them a dime. Our research has shown that hedge funds’ long stock picks generate strong risk adjusted returns. For instance the 15 most popular small-cap stocks outperformed the S&P 500 Index by an average of 95 basis points per month in our back-tests spanning the 1999-2012 period. We have been tracking the performance of these stocks in real-time since the end of August 2012. After all, things change and we need to verify that back-test results aren’t just a statistical fluke. We weren’t proven wrong. These 15 stocks managed to return more than 123% over the last 35 months and outperformed the S&P 500 ETF (SPY) by 56 percentage points (see the details here).

With this in mine, let’s take a look at the latest hedge funds’ moves involving IPC Healthcare Inc (NASDAQ:IPCM).