Investors See Returns as Virtual, Augmented, And Mixed Reality Are Entering the Workplace

Over the last few years, you would be forgiven for thinking that virtual reality, mixed reality, and augmented reality, are areas of tech that reside firmly in the domain of the gamers and entertainment industries. There is good reason for this, virtual reality has always been the poster child for immersive entertainment, while augmented and mixed reality have made waves recently with games such as Pokemon Go, and hardware such as Microsoft’s (NASDAQ:MSFT)  HoloLens respectively. While all three areas of this tech will still be very much involved within the entertainment fields, we are also starting to see the first implementations of the technology within the workplace rolling out, and some of the ways they are being used are going to be extremely useful, and for the technology enthusiasts out there, very exciting too.

The four big players right now in the VR hardware space are Microsoft (NASDAQ: MSFT), HTC (Taiwan:2498), Facebook Inc (NASDAQ:FB)’s Oculus, and Sony (NYSE:SNE). While the later has concentrated on using their VR headset as a purely entertainment-based piece of kit, Microsoft Corporation (NASDAQ:MSFT), Oculus (owned by Facebook Inc.) and HTC have positioned their headsets as both entertainment and business orientated. When it comes to AR and MR, pretty much every tech company under the sun is getting in on the act, as even the average smartphone can now utilize this new technology. In the US alone, it is estimated that 42.9 million people will use some sort of VR application in 2019, while the number that will use AR is an astonishing 68.7 million. Food for thought, if you happen to be interested in investing in a company who is flirting with the idea of getting involved in this market. 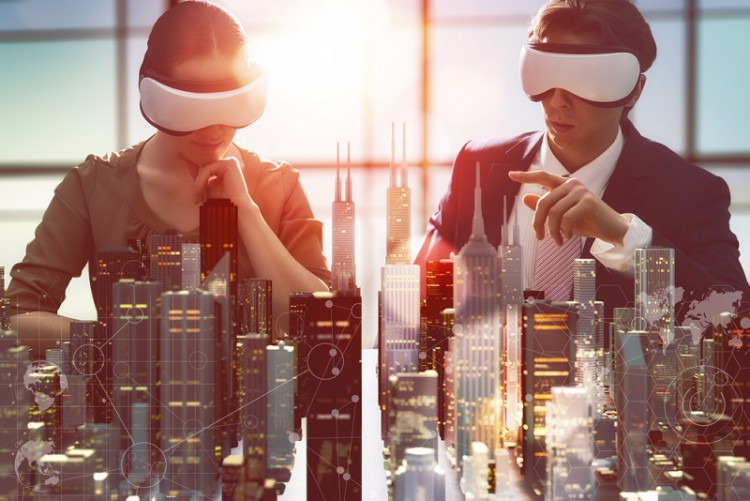 Mixed reality (MR) is perhaps the most obvious of the three technology types to be entering the workplace, and it is going to radically change the way we work, and in particular, how we train workers. Take Microsoft Corporation’s (NASDAQ:MSFT) Hololens as an example, this rather amazing piece of kit has the ability to place graphical overlays on top of real-world objects, and with software such as Holo4Labs running on it, the possibilities are quite tantalizing.

Picture the scene, a new member of staff joins a laboratory that deals with the creation of custom medicines. Confronted with hundreds of different components, tools and instructions, this is a job that is fraught with the possibility of making mistakes. Not only that, but having another staff member mentoring the worker can be time-consuming and, for the mentor, quite tedious after they have done this for the tenth time in a year. With HoloLens, powered by Holo4Labs software, the new member of staff will be shown directions on how to create any product necessary directly on the screen in front of their eyes, with information being displayed when they pick up a particular jar, or a warning appearing if they happen to pick up the wrong item in the first place. Whilst mentoring will still be needed in the beginning, Mixed Reality applications can take over the reins soon after, and allow other members of staff to get on with their daily routines, while also allowing the new member of staff to work away safely, while still being given instructions and guidance when necessary.

Augmented reality (AR) is, to all intents and purposes, is pretty similar to MR. So much so, that often the terms are used interchangeably to mean the same thing. We may even find that one term simply melts away in the near future, leaving one label to include both tech types, but for now, there is a small technical difference between the two, in that AR overlays do not respond to, or interact with the real-world physical environment, whereas MR overlays do. In this respect, AR suits the workplace in industries that require things such as timers or GPS locations to be displayed at all times, such as on a production line where a constant flow of products has to be produced within a certain time parameter. Within the AR display, lists of components could be seen, a guide on how to assemble them, while a timer warns the worker of when the next product needs to be started. Think of AR in the workplace as a useful screen that is constantly viewable, with information relevant to the job being performed.

With 70% of consumers believing AR can benefit their lives, and the market value of AR currently standing at $3.5 billion, it is safe to say that AR is going to be a big player in the near future, and we can only expect its value to rise when more industries realise the potential it has.

Virtual reality (VR) has uses within the workplace that are pretty obvious when you think about it. Real Estate agents can show prospective buyers houses that aren’t even built yet, giving virtual tours to anyone finding it difficult to envisage how a finished property would look in the middle of a current building site. Designers can show team members how a new car design would look in 3d, from any angle, and at any distance. Even boring VOIP meetings can be transformed into useful collaboration spaces, where workers and their avatars inhabit a virtual space used to meet, interact, and watch presentations together in a 3d virtual world. When it comes to VR, anything is possible. With headsets now coming down in price, and the ability to slip the average smartphone into a VR ‘holder’ to view content, even the advertising departments of some companies are getting in on the act when it comes to utilizing virtual reality. After all, what better way is there to show off your latest product than to allow prospective customers to see it for themselves in 3d?

Whatever company, and whichever industry; VR, MR, and AR, are going to be used in a whole plethora of ways to make working easier and products better. From the design team to the production and advertising departments, uses for these new advances in tech are going to allow us to work smarter and in ways we never thought possible a few decades ago. So before you go labeling these new headsets as a video gaming fad, it might be worth considering how they are being applied in workplaces right now, and in what ways they may be integrated further in the future.