Many investors, including Carl Icahn and Stan Druckenmiller, have been saying for a while now that the current market is overvalued due to a low interest rate environment that leads to companies swapping their equity for debt and focusing mostly on short-term performance such as beating quarterly earnings estimates. In the third quarter, many investors lost money due to unpredictable events such as the concerns over Valeant’s drug pricing policy that led to an overall drop among pharma stocks. Nevertheless, many of the stocks that tanked in the third quarter still sport strong fundamentals and their decline was more related to the general market sentiment rather than their individual performance, and thusly, hedge funds kept their bullish stance. In this article we will find out how hedge fund sentiment towards Davids Tea Inc (NASDAQ:DTEA) changed during the quarter. 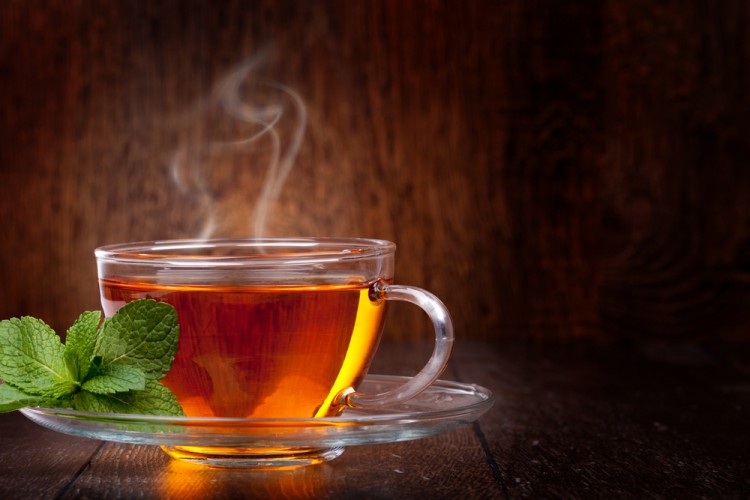 Is Davids Tea Inc (NASDAQ:DTEA) ready to rally soon? The best stock pickers are getting less optimistic. The number of long hedge fund positions was cut by three in the third quarter. The level and the change in hedge fund popularity aren’t the only variables you need to analyze to decipher hedge funds’ perspectives. A stock may witness a boost in popularity but it may still be less popular than similarly priced stocks. That’s why at the end of this article we will examine companies such as NewStar Financial Inc (NASDAQ:NEWS), Resource Capital Corp. (NYSE:RSO), and Univest Corp. of PA (NASDAQ:UVSP) to gather more data points.

To most market participants, hedge funds are perceived as worthless, outdated financial tools of the past. While there are greater than 8,000 funds trading today, we choose to focus on the top tier of this group, around 700 funds. These investment experts oversee the lion’s share of the hedge fund industry’s total asset base, and by keeping track of their matchless investments, Insider Monkey has unearthed many investment strategies that have historically outstripped the S&P 500 index. Insider Monkey’s small-cap hedge fund strategy outstripped the S&P 500 index by 12 percentage points per annum for a decade in its backtests.

What does the smart money think about Davids Tea Inc (NASDAQ:DTEA)?

At the end of the third quarter, a total of four of the hedge funds tracked by Insider Monkey were long in this stock, a decline of 43% from one quarter earlier. With the smart money’s positions undergoing their usual ebb and flow, there exists an “upper tier” of notable hedge fund managers who were boosting their holdings meaningfully (or already accumulated large positions).

According to Insider Monkey’s hedge fund database, Millennium Management, managed by Israel Englander, holds the largest position in Davids Tea Inc (NASDAQ:DTEA). Millennium Management has a $0.8 million position in the stock, comprising less than 0.1% of its 13F portfolio. The second-most bullish hedge fund manager is Ken Griffin of Citadel Investment Group, with a $0.7 million position; less than 0.1% of his 13F portfolio is allocated to the company. Other peers that are bullish consist of Anand Parekh’s Alyeska Investment Group, and Robert Raiff’s Raiff Partners.

Seeing as Davids Tea Inc (NASDAQ:DTEA) has witnessed a declination in interest from the entirety of the hedge funds we track, logic holds that there lies a certain “tier” of hedge funds that slashed their positions entirely last quarter. Interestingly, Gregg Moskowitz’s Interval Partners dropped the largest investment of the 700 funds followed by Insider Monkey, worth an estimated $0.5 million in stock, and Jim Tarantino and Chris Galvin of Westerly Capital Management were right behind this move, as they cut about $0.3 million worth of shares. These moves are interesting, as total hedge fund interest dropped by three funds last quarter.

As you can see these stocks had an average of 9 hedge funds with bullish positions and the average amount invested in these stocks was $45 million. That figure was just $2 million in Davids Tea Inc (NASDAQ:DTEA)’s case. Cliffs Natural Resources Inc (NYSE:CLF) is the most popular stock in this table. On the other hand, Univest Corp. of PA (NASDAQ:UVSP) is the least popular one with only five bullish hedge fund positions. Compared to these stocks Davids Tea Inc (NASDAQ:DTEA) is even less popular than Univest Corp. of PA (NASDAQ:UVSP). Considering that hedge funds aren’t fond of this stock, it may be a good idea to analyze it in detail and understand why the smart money isn’t behind this stock. This isn’t necessarily bad news. Although it is possible that hedge funds may think the stock is overpriced and view the stock as a short candidate, they may not be very familiar with the bullish thesis. In either case more research is warranted.

Is DTEA A Good Stock To Buy?NASDAQ:DTEAYahoo Finance

What Top Investors Think About Vocera Communications Inc (VCRA)
Monthly Newsletter Strategy
Download a free copy of our newsletter and see the details inside!
Hedge Fund Resource Center
Related News
10 Easiest Countries To Gain Citizenship in EU 11 Most Expensive Cities to Buy a Home in the US 10 Simple Inventions That Made Millions
Billionaire Hedge Funds