Intrepid Capital Management is a mid-size fund managed by Mark Travis and based in Florida (you can view the company’s portfolio here). Founded in 1994, Intrepid is a value-focused fund. The firm runs concentrated portfolios and aims at high absolute returns. Over the past 10 years Intrepid Capital’s small-cap stock picks managed to outperform the Russell 2000 index by more than 2 percentage points per year. On July 30, Intrepid disclosed its second quarter 2012 holdings in a 13F SEC filing. I will discuss the top five holdings disclosed below.

Among the top five holdings for Intrepid are an assortment of companies associated with different technology, logistics, and healthcare applications. Three of these—CSG Systems International Inc. (NASDAQ:CSGS), Mantech International Corp (NASDAQ:MANT), and EPIQ Systems Inc. (NASDAQ:EPIQ)—are companies that provide different logistics and software solutions. Another is a biotech company, Bio-Rad Laboratories Inc. (NYSE:BIO), and another is an oil and gas exploration and production firm, Bill Barrett Corporation (NYSE:BBG). The company holds between $31 million and $37 million in each of these companies. 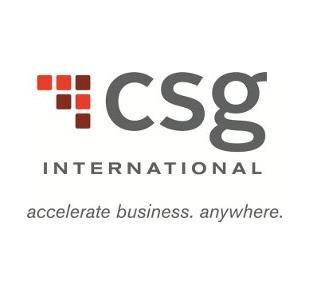 CSG Systems International Inc (NASDAQ:CSGS) develops billing solutions, data management solutions, customer interaction management, and analytics and intelligence, among other things. The company relies on a steady revenue stream, totaling $735 million in 2011, from a variety of major cable and satellite providers. Comcast Corporation (NASDAQ:CMCSA), Time Warner Inc. (NYSE:TWX), and Dish Network Corp (NASDAQ:DISH) accounted for 42 percent of revenue in 2011. The 2012 consensus earnings estimate for the company is $1.95, up from $1.28 in 2011. Billionaire Jim Simons’ hedge fund has a large position in the stock as well.

Mantech International Corp (NASDAQ:MANT) provides an assortment of logistical solutions and technologies for a variety of national security programs, including for the Department of Defense and Homeland Security. Due to cuts in these areas, which affect Mantech perhaps less severely than its peers, the company is expecting about 0.5 percent revenue decreases in both 2012 and 2013. The company’s shares are trading at about 6.5 times earnings after a significant price dip in May stemming from lowered management guidance. Marty Whitman had 1.5 million shares in Mantech at the end of March.

EPIQ Systems Inc (NASDAQ:EPIQ) develops a variety of different software platforms for the legal profession. On June 4, the company announced a $35 million share repurchasing program, a significant event for a $420 million company. The company’s first quarter 2012 revenue increased 53 percent year-over-year. However, $2 million stemming from acquisition expenses and amortization led to a 35 percent decrease in net income year-over-year for the first quarter 2012. Operating revenue for its legal eDiscovery business increased 133 percent year-over-year, and the company is priced assuming significant earnings growth, trading at 37 times trailing earnings. P2 Capital Partners had more than 1 million shares in EPIQ at the end of first quarter.

Bio-Rad Laboratories Inc (NYSE:BIO) provides a variety of analytic and purification systems for the health and allied research fields. Net income decreased to $178 million in 2011, down from $187 million in 2012. The company recently agreed to distribute an immunoassay kit developed by Myriad Genetics (NASDAQ:MYGN). The company maintained $813 million in cash at the close of last year in order to agilely acquire businesses and forge special partnerships. Billionaire Ken Fisher has a large position in the stock as well (see Fisher’s new stock picks).

Bill Barrett Corporation (NYSE:BBG) is an oil exploration and production company that centers its operations in the Rocky Mountain area, focusing on nine different basins. With its $800 million to $900 million 2012 cap ex, the company intends to expand its liquids holdings via exploration in the Southern Alberta, Powder River, DJ, Paradox, and San Juan Basins. The company’s shares have lost 58 percent of their value year-over-year as of August 1, heavily underperforming the oil and gas E&P subsector. Billionaire Steven Cohen significantly boosted his stake in the company during the first quarter (see Cohen’s top picks).