International Business Machines (NYSE: IBM), a multinational technology company with revenue exceeding $100 billion, announced their Q4 2012 results on Jan. 22. IBM reported quarterly revenue of $29.30 billion and EPS of $5.39, which sent shares up by over 4% on Jan. 23. 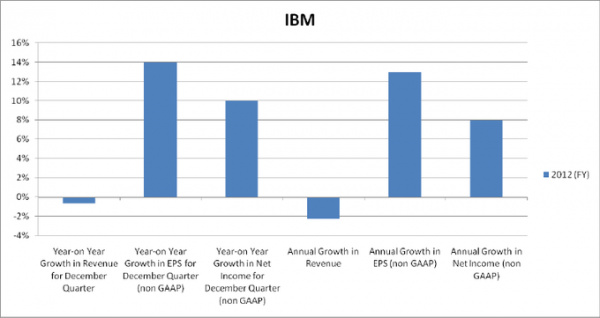 Revenues from EMEA were $9.1 billion, 5% less than the previous year. Asia Pacific revenue saw an increase of 4%. OEM revenues decreased 5% to $679 million, while revenue from BRIC (Brazil, Russia, India and China) countries increased by 11%.

All these companies are established brand names and pose a serious threat to IBM’s revenue. IBM is shifting focus from hardware sales to software services, and companies like Accenture hold a strong market share in this segment. Accenture has great market credibility, and its ability to do quality work at low prices internationally sets it apart from other companies.

Hewlett Packard has a strong presence in the hardware sector. HP will fade out as IBM’s competitor if it is unable to move towards software services, as IBM is already highly focused on software products and services. In the last few months, with declining PC sales overall, HP’s main business line has been under threat. It surprises me that companies like these, with an established presence in the market for so many years, take this much time to understand and adapt to changing market trends. HP has an urgent need to start molding itself to the smartphone world to be able to remain relevant.

Microsoft has a strong presence in the software products segment, and in order to beat this competition IBM will have to invest a lot in innovation for developing cost effective and solution-driven software products which can stand up to the market expectations. It too has been hit, although less hard and for different reasons, by declining PC sales. However, it has begun to slowly adapt itself to the changing scenario by brining out the Windows 8/RT; it remains to be seen how it can bring these products to the market in a more developed condition. 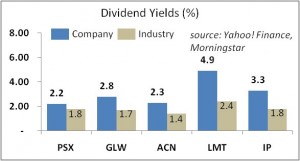 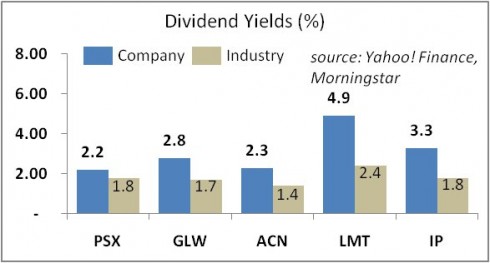