2013 is the year of the repurchase program.

So far this year, major repurchase programs have been announced by some of Wall Street’s largest companies. Forget the great rotation – retail investors will find it hard to keep up with the pace of repurchases by the world’s largest publicly-traded companies. 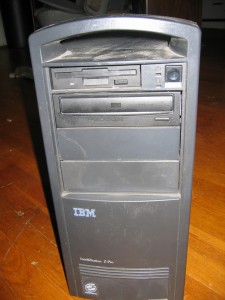 The company has authorization to repurchase as much as 5.6% of its total shares outstanding, a move which would cost the company $11.2 billion in cash at current share prices. This follows along in International Business Machines Corp. (NYSE:IBM)’s long history of using share repurchases to boost earnings per share and enrich existing shareholders with a larger portion of the company’s future income.

International Business Machines Corp. (NYSE:IBM) has paid out more than $150 billion to shareholders in the form of dividends and repurchases since 2000. During that period, share count fell by more than one-third. International Business Machines Corp. (NYSE:IBM) expects to continue the pace of rapid share repurchases, planning to ask the board for a bigger authorization in the third quarter of 2013.

The Home Depot, Inc. (NYSE:HD) posted extraordinary fourth quarter net income, with growth  coming in at 32% year-over-year. While the company plans to continue its expansion by opening new stores, the business is mature, with more than 1,000 Home Depots serving customers around the United States.

The Home Depot, Inc. (NYSE:HD)’s buying spree is one of the most impressive of recent repurchase authorizations. The company hopes to slash shares outstanding and use the full amount of its $17 billion authorization by the end of fiscal year 2015.