The Dow Jones Industrial Average (INDEXDJX:.DJI) is feeling the backlash from an earnings season that continues to disappoint investors. This morning, the index’s largest component has pulled it down, with the Dow sitting at a 52-point loss as of 10:30 a.m. EDT, rebounding to a 9-point loss by 11:50 a.m. Without any economic news to be released today, the Dow has to rely on other components to offset this morning’s earnings drag. 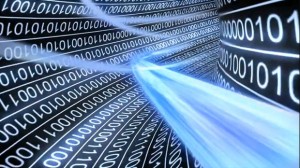 IBM: Index Busting Machine
Since International Business Machines Corp. (NYSE:IBM) is the largest component of the weighted Dow index, its 7% drop this morning following negative reaction to its earnings report caused the index to drop as much as 100 points. It takes a lot of effort from the Dow’s other component stocks to overcome that drag, making sense of the current losses even though 25 of the Dow’s 30 stocks are in positive territory.

Big Blue reported after the bell last night, with its earnings missing estimates by $0.05. Though there were improvements in profits — with EPS of $3 showing an increase of 8% — revenues were lighter due to negative currency impacts. Revenues were down across the board geographically, and also in most of the company’s segments. CEO Ginni Rometty stated that International Business Machines Corp. (NYSE:IBM) was able to grow its bottom line and operating margins, but that the company missed on some of its goals for the quarter. Big Blue is still expected to meet its EPS guidance for the year of $16.70. Shares were down 3.1% in aftermarket trading and fell sharply once the bell rung this morning.

Other earnings
McDonald’s Corporation (NYSE:MCD) is also down in trading this morning after reporting lighter sales in many of its territories. Asia was the weakest geographical region, with lower sales in Japan and negative results in China. Overall revenue was up 1% and earnings were flat at $1.3 billion for Mickey D’s, but the company still reported a 2% increase in EPS, though the $1.26 per share missed expectations by a penny. The fast-food chain is contending with some difficult comparisons to a strong period in 2012, making its results look weaker. The stock is down 1.84% as of this writing, with investors concerned about continued impacts of international economic headwinds and tougher outlooks for the coming quarters.

General Electric Company (NYSE:GE) is also down in trading after announcing first-quarter earnings, with a current loss of 3.59%. Despite meeting Wall Street’s estimates for both revenue and earnings, the giant is down due to continued concerns about impacts from European weakness. The company reported flat revenue with a 14% increase in operating income. And excluding one-time items, General Electric Company (NYSE:GE) met analyst estimates of $0.36 per share. CEO Jeff Immelt noted that GE is ready for potential headwinds in Europe, but a 17% decrease in industrial revenues points to worse-than-expected conditions.

On the up-and-up
Bank of America Corp (NYSE:BAC) is finally on the rise after two days of losses following its earnings report on Wednesday. Though investors were unimpressed with the bank’s quadrupled earnings, the bank’s report did provide a glimpse into the improvements made that allowed the operations to generate higher profits even with lower revenue. Project BAC has been in full swing for a while now, and the most recent earnings show that CEO Brian Moynihan’s plan is working. The stock is up 1.4% as of this writing.

The article Earnings Season Has Not Been Kind to the Dow originally appeared on Fool.com.