After completing a share exchange offer that it initiated during the third quarter of 2012, Newark, New Jersey-based Genie Energy Ltd (NYSE:GNE) has renewed a similar offer for another tranche of common and preferred shares. The initial exchange offer involved the swap of about 1.6 million Class B common shares for an equal number of preferred shares in the company. Originally slated to facilitate the swap of as many as 8.7 million shares of Genie’s stock, this exchange ended on October 10, 2012. As a condition of the exchange, the company suspended the issuance of dividends on its common shares until further notice.

Several weeks later, the utility firm announced a new exchange offer that would involve an identical one-for-one swap of common shares for preferred shares. This new offer applies to as many as 7.1 million outstanding shares of the company’s common stock. This represents about 35 percent of Genie’s remaining outstanding shares. Although the offer was scheduled to expire on January 15, 2013, the company announced that it would be extended through February 6, 2013. Fewer than 200,000 shares have been tendered as part of the new offer. 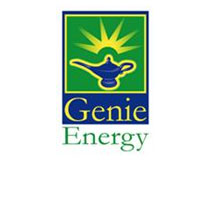 Genie Energy is a small energy company that operates several distinct divisions. Its power-distribution division sells electricity and natural gas to over 500,000 residential and commercial customers in the northeastern United States. Genie’s transportation division is responsible for bringing power-generation fuels like natural gas, conventional oil and shale oil from deposits in Pennsylvania, North Dakota and elsewhere to market on the East Coast. Finally, the company owns significant stakes in two shale oil and natural gas deposits in Israel and Colorado. In 2012, the company lost about $5.2 million on gross revenues of $194 million. It has indicated that it may try to find a buyer for its energy-exploration business.

Under the terms of the deal, Genie Energy will facilitate the exchange of its common shares for dividend-paying preferred shares on a one-to-one basis. The tendered common shares will be canceled. With the dividend on both classes of the company’s common stock canceled until further notice, the preferred stock’s 6.2 percent yield looks very attractive.

Crucially, Genie’s CEO will not participate in the renewed share exchange. In fact, the exchange appears tailored to boost the per-share value of the holdings of the company’s senior management team. While the deal will also raise a significant amount of cash for the indebted company, this added perk has not gone unnoticed by shareholders and market-watchers alike.

There are currently no pending legal or regulatory actions that could have an adverse effect on this exchange. However, the relative lack of demand for Genie’s successive share swaps is illustrative. For starters, it may indicate that the company would face diminishing returns for any subsequent renewals of the exchange offer. This may speak to a relative lack of confidence that the company will be willing or able to pay its bills during the coming half-decade.