Intel Corporation (INTC): Three Areas Of Interest For Its Next CEO

“The customers have changed, and we have to as well.” – Anonymous Intel employee

Intel Corporation (NASDAQ:INTC) is certainly in a transitional period. With its CEO, Paul Otellini,announcing his retirement plans in November, and the accelerating decline of PC sales, Intel is fighting to keep up with the competition. While the new CEO has yet to be named, where he or she will take the company is quite evident. These are three key areas for Intel’s future growth. 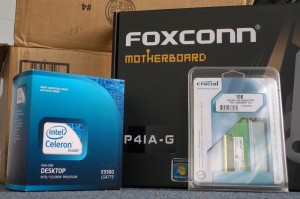 The rise of mobile computing has been quite the thorn in the side of Intel Corporation (NASDAQ:INTC). Aside from cutting into the PC market, where Intel controls a whopping 83% of the market, the company has been slow to respond to the changing computing landscape. The once go-to chipmaker accounts for just 1% of the global smartphone chips market.

Intel Corporation (NASDAQ:INTC) has the advantages of chip design expertise and the best process technology in the world. The company plans to roll out new 22 nm smartphone chips later this year, which will provide significant energy efficiency advantages over its previous 32 nm designs and Taiwan Semiconductor Mfg. Co. Ltd. (ADR) (NYSE:TSM)’s 28 nm designs.

Taiwan Semiconductor Mfg. Co. Ltd. (ADR) (NYSE:TSM), one of the largest chip manufacturers in the world and a leader in mobile chips, is trying its best to leapfrog Intel. Instead of working on 22 nm chips, the company jumped down to a 20 nm process, which it just started testing using an ARM-Holdings design. TSMC expects its 20 nm chips to hit the market in high volume by 2014, but it likely won’t be until the second half of the year.

By that point, QUALCOMM, Inc. (NASDAQ:QCOM), NVIDIA Corporation (NASDAQ:NVDA), and other TSMC clients will have to compete with upcoming 14 nm chips from Intel, which should go into high-volume production by the beginning of 2015. Smartphone chips will likely lag behind by a few months, however, so Intel Corporation (NASDAQ:INTC)’s next CEO will need to convince manufacturers its chips are worth the wait.

As internet use continues to grow and mobile devices are being used to collect an expanding amount of data, there is a need for better servers to process all the information as efficiently as possible. Last week, Intel unveiled a re-engineering of the server, which provides a more cost-efficient solution. Intel wants to separate out all the components of a server room – CPUs, memory, storage – so that companies can upgrade components a la carte instead of having to overhaul the whole system.

Intel Corporation (NASDAQ:INTC) faces a lot of competition in this space, and its advantages aren’t quite as clear to allow it to dominate the market. Old partners like HP aren’t as loyal as they once were, so Intel will need to continue innovating in the space to prove its value and increase its popularity.