Intel Corporation (NASDAQ:INTC) reported EPS of $0.55 and revenues of $13.2 billion for its second quarter financial results after the close of the market today. Prior to the announcement, analysts expected the company to deliver EPS of $0.50 and revenues of $13.04 billion. The gross margin of 62.5% was also slightly better than the company’s outlook. Revenues from the company’s largest segment, Client Computing Group were down by 14% to $7.5 billion on a year-over-year basis. However, the Data Center Group saw an uptick of 10% to $3.9 billion compared to the same quarter last year. Similarly, the Internet of Things Group reported a 4% increase to $559 million, while revenue from Software and Services operating segments decreased by 3% to $534 million. The third quarter guidance provided by Intel included revenue of $14.3 billion with a $500 million margin of error, which was higher than the $14.1 billion estimate by analysts. As a result, the $140.54 billion technology company’s shares have gained more than 2% in the after-hours trading, though they were ahead by as much as 8% at one point. 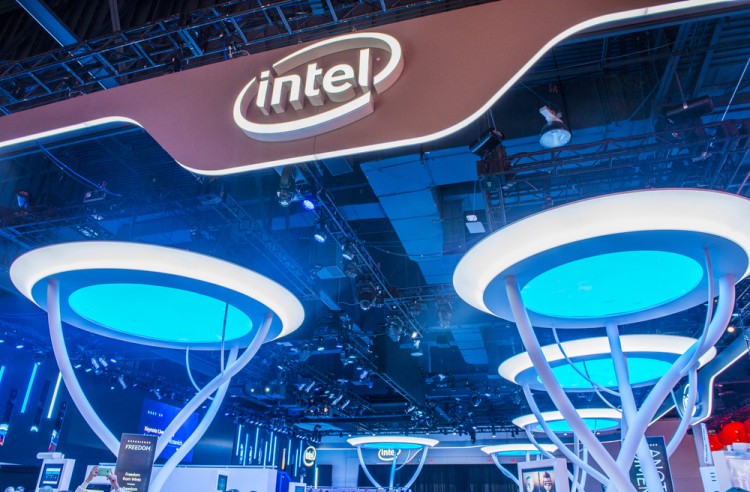 “Second-quarter results demonstrate the transformation of our business as growth in data center, memory and IoT accounted for more than 70 percent of our operating profit and helped offset a challenging PC market,” said Intel CEO Brian Krzanich in a news release. “We continue to be confident in our growth strategy and are focused on innovation and execution. We expect the launches of Skylake, Microsoft’s Windows 10 and new OEM systems will bring excitement to client computing in the second half of 2015.”

Among the hedge funds that we track a total of 61 funds had invested a total of $5.21 billion in the company at the end of March, compared to 62 firms with $5.45 billion at the end of the previous quarter. It may seem at first glance that the interest among the smart money in Intel Corporation (NASDAQ:INTC) has declined in the first quarter, however, if you weigh in the 15.1% depreciation in the tech company’s stock price during the March quarter, investment has actually increased. Funds clearly felt comfortable buying more shares on weakness, rather than fearing the declines would persist. However, Intel has indeed continued to slide even given the gains today, following a poor June in which the industry was beset by negative news.

First a quick word on why we track hedge fund activity. In 2014, equity hedge funds returned just 1.4%. In 2013, that figure was 11.3%, and in 2012, they returned just 4.8%. These are embarrassingly low figures compared to the S&P 500 ETF (SPY)’s 13.5% gain in 2014, 32.3% gain in 2013, and 16% gain in 2012. Does this mean that hedge fund managers are dumber than a bucket of rocks when it comes to picking stocks? The answer is definitely no. Our small-cap hedge fund strategy, which identifies the best small-cap stock picks of the best hedge fund managers returned 28.2% in 2014, 53.2% in 2013, and 33.3% in 2012, outperforming the market each year (it’s outperforming it so far in 2015 too). What’s the reason for this discrepancy you may ask? The reason is simple: size. Hedge funds have gotten so large, they have to allocate the majority of their money into large-cap liquid stocks that are more efficiently priced. They are like mutual funds now. Consider Ray Dalio’s Bridgewater Associates, the largest in the industry with about $165 billion in AUM. It can’t allocate too much money into a small-cap stock as merely obtaining 2% exposure would really move the price. In fact, Dalio can’t even obtain 2% exposure to many small-cap stocks, even if he essentially owned the entire company, as they’re simply too small (or rather, his fund is too big). This is where we come in. Our research has shown that it is actually hedge funds’ small-cap picks that are their best performing ones and we have consistently identified the best picks of the best managers, returning over 139% since the launch of our small-cap strategy compared to less than 59% for the S&P 500 (see the details).

Now let’s also take a closer look at the insider trading that has been happening at Intel Corporation (NASDAQ:INTC). While no insider purchases have been detected so far this year, prominent insider sales include that by Brian Krzanich, Intel’s CEO, who sold about 201,500 shares in early June, and Renee James, who is the company’s President, who disposed of some 444,800 shares this year. However, it should be duly noted that insider sales are a much weaker signal than insider purchases, since they can occur due to a wide variety of reasons and not just because of a bearish outlook on the company’s future prospects.

A deeper analysis into the hedge fund activity pertaining to Intel Corporation (NASDAQ:INTC) is also needed here before we pass our judgement on the company. Let’s see how the smart money has been trading Intel of late.

This Indicator Says Jason Karp’s Picks Had Another Strong Quarter in...