Micron Technology, Inc. (NASDAQ:MU)’s stock is on a falling spree after its poor third quarter fiscal 2015 financial results. The semiconductor company has witnessed an 18.44% decline in its share prices in today’s trading session. What is even more worrying is that Micron Technology’s poor quarterly results have had a negative impact over the entire computer hardware industry, including Intel Corporation (NASDAQ:INTC), Seagate Technology PLC (NASDAQ:STX), and Western Digital Corp (NASDAQ:WDC). The shares of Intel Corporation are down in excess of 3.00%, whereas Seagate’s and Western Digital’s shares have declined by 2.96% and 3.51% respectively. 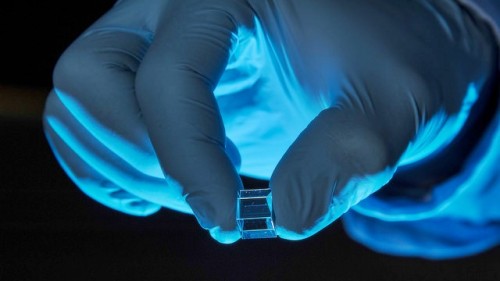 It has been a rough year for Intel Corporation (NASDAQ:INTC) and its stock has dropped by 15% year-to-date. In fact, the chipmaker has a notification on its investor relations page stating, “Intel is currently in a Quiet Period. None of the forward-looking statements in our April earnings press release, including in the Business Outlook section, should be considered as the current expectations of Intel.” The digital technology company mentioned lower PC demand crisis as the main reason for a slowdown before releasing its first quarter 2015 financial results in April 2015.

In market conditions such as these, the release of Microsoft Corporation (NASDAQ:MSFT)’s Windows 10 on July 29 could do the trick for the entire industry, although Intel’s CEO, Brian Krzanich, said earlier this year that the launch is unlikely to impact PC sales. For investors looking for the right opportunity to invest in the chipmaker, this might be the perfect moment to grab its shares at a discounted price. In addition to the upcoming Windows 10 launch, one should consider some more indicators before buying the stock, including insider activity and hedge fund sentiment towards the stock.

The launch of both Windows 10 and Skylake lineup in the upcoming months could change the financial picture of Intel Corp. Skylake is the next generation core processor family from Intel, which boasts better power efficiency and heightened IPC (Instructions Per Cycle) rating. Further, these events could help hedge fund managers capitalize on their existing positions, which we are going to discuss in the next section.

As of the end of March, 61 hedge funds hold long positions in Intel Corporation with an aggregate value of $5.21 billion, as compared to 62 funds a quarter earlier. In terms of insider activity, Brian Krzanich, Chief Executive Officer of Intel, sold the largest amount of shares, totalling 201,547 units at $32.61 apiece on June 3, 2015. However, the shares had been bought through the exercise of Employee Stock Options.

Is Halliburton Company (HAL) A Good Stock To Buy Now?
Monthly Newsletter Strategy
Download a free copy of our newsletter and see the details inside!
Hedge Fund Resource Center
Related News
David Einhorn And Hedge Fund SkyTop Capital Love These Stocks (Micron Doesn’t Love Them Back) Micron Technology, Inc. (MU) Down Sharply After-Hours Following Earnings Miss: Golden Opportunity? Five Best Stocks to Buy According To Quant Billionaires Billionaires Robertson and Einhorn Love These 6 Stocks Billionaire Hits Jackpot with Williams Companies Inc (WMB); What About His Other New Picks? Billionaire Andreas Halvorsen Is Piling Into These Tech Stocks Intel Corporation (INTC) Looks For Other Areas Of Growth 5 Most Expensive Golf Clubs on the Market 11 Most Expensive Airports Ever Built in the World 11 Most Expensive Toll Roads in America
Billionaire Hedge Funds