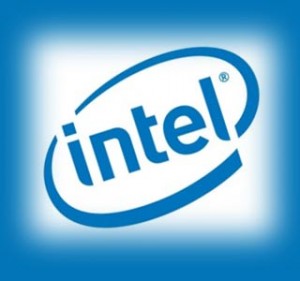 I believe there are three companies that investors have to avoid in order to protect capital. Each company faces difficulty in its competitive environment, and all face shrinking market share, as well as a host of issues that I will be covering in detail. Intel Corporation (NASDAQ:INTC) has been dead money for the past 5 years; the stock generated a whopping 0.67% return on investment over the past 5 years. I have no idea as to why investors continue to have faith in a company that is stuck in desktop computing. The company is unable to adjust to a changing business environment that is heavily unfavorable for it.

J.C. Penney Company, Inc. (NYSE:JCP) was included because of the horrendous stock performance. The company’s poor positioning, paired with weakening brand appeal and incompetent management practices, caused the stock to severely underperform over the past 5 years. Investors who bought the stock 5 years ago would have lost 52.28% of their money by now.

The problems Intel faces is multi-faceted

Intel Corporation (NASDAQ:INTC)’s CEO Paul Otellini announced his resignation in the fourth quarter of 2012. I suspect that the CEO resigned because he saw a limited future for Intel in smartphone computing.

Part of what makes Intel Corporation (NASDAQ:INTC) special is its ability to execute on chip technology advancement. The company hasn’t failed at what it does best, which is to make the best x86 chips in the market. The company hopes to catch up to rivals like QUALCOMM, Inc. (NASDAQ:QCOM) and ARM Holdings in this regard. The ARM design is far superior at battery consumption, and, unfortunately, to my knowledge there’s no possible way for any X 86 chip design to catch up to the power efficiency of an ARM-based processor.

Intel Corporation (NASDAQ:INTC) needs to build a fabrication that can accept a wide array of chip designs, along with lower levels of capacity; otherwise Intel will be effectively shut out of the pure-play-fabrication space.

J.C. Penney is a disaster

J.C. Penney Company, Inc. (NYSE:JCP) recently earned the investment capital of George Soros. The activist hedge fund manager sees a valuation arbitrage opportunity. For some reason, I can’t see the light. Maybe it’s because the company reported such dismal performance over the past quarter.

Let’s not forget that analysts on a consensus basis anticipate the company to report negative earnings of $2.78 for the current fiscal year, and in the following fiscal year, the company is expected to lose an additional $1.44 per share. The dismal outlook for the full year is also followed by the dismal performance report.

I would have a wait-and-see approach with J.C. Penney Company, Inc. (NYSE:JCP), as sinking investment capital into it could very well turn into dead money, or worse, lost money.

Research In Motion Ltd (NASDAQ:BBRY) is a tough company to buy, and an easy company to love. I know many of you on Wall Street are holding onto BlackBerry devices. It’s nice to have a QWERTY keyboard to e-mail your banking colleagues the latest stock market update. But realistically the Research In Motion Ltd (NASDAQ:BBRY) only appeals to a narrowly defined target market.

Many business people have bought into the touch screen craze that Apple has created. The Apple iPhone effectively out-competed the BlackBerry handset, and with the company slow to change, the company soon saw its market position rapidly erode.

The company’s decline in market share has taken its toll. The company barely holds onto 5.2% of the market as Apple continues to corner the smart phone market within the United States. The company’s earnings per share declined by 153.7% over the past twelve months, which further supports the pessimism I have towards this company.

The three companies I have presented have had extremely weak performance and are projected to do even worse going forward. BlackBerry has been a burying ground for investment capital. Intel has no substantial competitive advantage in the markets it needs to compete in. Finally, J.C. Penney’s performance doesn’t merit any investment capital.

J.C. Penney Company, Inc. (NYSE:JCP)’s turnaround efforts may fail as the former CEO may have done too much damage. Research In Motion Ltd (NASDAQ:BBRY) would need a revolution on the scale of the original iPhone in order to get consumers buzzing again, but that’s unlikely to happen, so it’s time to close the book on this company.

The article Three Stocks You Wouldn’t Touch With A 50 Foot Pole originally appeared on Fool.com and is written by Alexander Cho.