Intel Corporation (INTC): Is The Dividend And Buyback Plan At Risk? 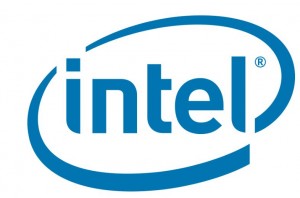 Given all of these factors, is it possible that Intel Corporation (NASDAQ:INTC)’s divided and buyback plan could be at risk?

However, the future direction of the PC industry remains more uncertain than it ever has. Microsoft Corporation (NASDAQ:MSFT) Windows 8 has failed to whet consumers’ appetites for new “touch-friendly” PC designs, and as a result, PC sales declined nearly 14% in the first quarter. Of course, not all the blame can be placed on just Microsoft Corporation (NASDAQ:MSFT). It certainly hasn’t helped matters that PC makers have grown complacent in pushing the boundaries of industrial design in the age of mobile computing.

Little margin for error
In 2012, Intel spent $4.4 billion on dividends, $4.8 billion on share repurchases, and earned $11 billion on net income. In other words, Intel returned over 83% of its net income to shareholders last year, which doesn’t leave much left over. To bolster its cash position, the company took on an additional $6 billion of debt last December to help fund share repurchases and for general corporate purposes.

Taking on debt is fine, as long as a company is growing, which Intel currently isn’t. For all of 2012, Intel reported a drop in revenue of 1.2% as PC sales declined by 3.5% for the year. Additionally, the company increased capital spending from $9 billion in 2011 to $12.5 billion in 2012 as it ramped capacity for next-generation processors. Between an increase in capital spending and a soft PC market, Intel’s net income declined by 15% between 2011 and 2012. This year, it’s expected that PC shipments will witness another year of decline, primarily driven by the continued assault from mobile computing devices.

Now, if you couple this with the fact that Intel’s average selling price will decline as it makes its full entry into mobile, which only has a total addressable market of about $10 billion for Intel, is it really that out of the question to think Intel’s future dividend or buyback plans could be at risk?

The article Is Intel’s Dividend in Trouble? originally appeared on Fool.com.