Intel Corporation (INTC) Looks For Other Areas Of Growth

Mergers and acquisitions have taken the markets by storm as companies look for other avenues of growth amidst slow growth concerns. The wave of consolidation is especially strong in the semiconductor industry as companies look to counter threats to slow growth and competition. Intel Corporation (NASDAQ:INTC) following in the footsteps of Avago Technologies Ltd (NASDAQ:AVGO) has completed a $54 a share acquisition of Altera Corporation (NASDAQ:ALTR). CNBC ‘Mad Money’ host, Jim Cramer, refutes suggestions that the deal was overvalued. 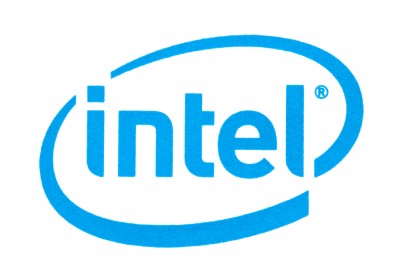 Altera was trading at 25 times earnings just three months ago. Intel Corporation (NASDAQ:INTC) opting to pay $54 a share means the stock sells at 40 times earnings something that has not gone well with some people who believe the chip giant might have overpaid. But Jim Cramer seems to have other ideas; maintaining the company knows what it is doing

“Do you want to argue with Intel, the biggest semiconductor company in the world? You want to tell CEO, Bryan Krzanich; he is not playing by the rules that he is overpaying? That the average stock should be much lower and what was he doing raking everybody paradigm?” said Mr. Cramer.

The market appears to be overvalued but still with a string of opportunities for generating more value than what many investors can see, affirms Mr. Cramer. The merger comes as Intel Corporation (NASDAQ:INTC) continues to contend with slow growth marred with rising costs. The company is also trying to protect its profitable business that has come under immense pressure as competition continues to be rife in the space.

Concerns over little growth going forward have been the main concern among the chip players, which analysts believe is accelerating the wave of consolidation. Just last week Avago sealed a $37 billion deal for Broadcom Corporation (NASDAQ:BRCM) as both companies look to leverage each other strengths to revitalize growth.

Intel has been forced to look for other areas of growth away from the struggling personal computer market that continues to face headwinds with the ongoing transition to mobile. Altera should be a good addition for Intel Corporation (NASDAQ:INTC) as it serves a variety of markets from communications to consumer electronics.

The merger according to Intel Corporation (NASDAQ:INTC) should give rise to a new class of products that meet customer needs in areas of Internet of Things and data centers. The chip giant looks set to use the merger to expand its most profitable business that involves supplying chips for making data centers.

Is GoPro Inc (GPRO) All Set To Make A Comeback Or Is It Just A Holiday Season...
Monthly Newsletter Strategy
Download a free copy of our newsletter and see the details inside!
Hedge Fund Resource Center
Billionaire Hedge Funds