We like to track purchases by company insiders and investors with large positions in the stock. This is because, particularly in the case of insiders, a substantial amount of diversification is being abandoned when they add more shares of a company to their holdings. Insider sales can also be informative, but of course can reflect rational diversification. Here are some stocks that insiders have been buying recently:

Starboard Value, an activist investor which had already owned over 10% of the outstanding shares of Office Depot Inc (NYSE:ODP), kept buying more shares and as of our latest analysis the fund had about 15% of the company. Read our report on Starboard’s purchases. Office supply is not the best business to be in- the competitive landscape simply can’t support so many specialized stores in addition to big-box retailers and of course Amazon- and last quarter sales were down 8% versus the same period a year ago, which caused the company to slip into the red. Interestingly, the 15% of the shares outstanding that Starboard owns match very well with the 14% of outstanding shares which were held short as of the most recent data. We had noted in our piece that Staples, Inc. (NASDAQ:SPLS)’s revenue numbers were holding about steady compared to 2011; its earnings, though positive, were down 32%. Staples has also seen its stock price skid 24% over the last year, and 11% of its shares outstanding are held short. So the market appears to believe that it is in better position to survive the current challenging environment, and we agree. Investors aren’t too optimistic however: it trades at only 8 times forward earnings estimates.

Bruce Hague, the President of National Commercial Banking at PrivateBancorp Inc (NASDAQ:PVTB), bought 4,000 shares of the company. Hague has a good track record as an insider, as the share price has made large gains since his previous purchases in the summer of 2011. PrivateBancorp, a Midwestern bank, now trades at a P/B of 1.1 and a trailing earnings multiple of 24 following the increase in its share price. The bank recently announced plans to pay back the government for its investment under TARP, which will entail raising both debt and equity capital. We don’t think that PrivateBancorp is a good value at those valuation multiples.

IHS Inc. (NYSE:IHS) saw Board member Michael Armstrong buy nearly 5,600 shares earlier this month at an average price of $89.96 (learn more about Armstrong’s purchase). The $6 billion market cap company’s service offerings include statistics, consulting, and intelligence for business and national security related customers. The stock had been declining, and Armstrong may have thought that the market may have overreacted to IHS’s most recent quarterly report; this report had shown that in the third quarter of its fiscal year (the quarter had ended in August), earnings had been up 8% from the same period in 2011. Given that the stock is currently trading at 45 times trailing earnings, it’s easy to see why that growth rate would not be good news and we hadn’t been very optimistic about the stock ourselves.

A variety of insiders at Main Street Capital Corporation (NYSE:MAIN) have been buying that company’s stock recently, most notably CEO Vincent Foster (see more analysis of insider purchases at Main Street Capital). At a 6.1% dividend yield, the ~$940 million market cap investment company looks attractive from an income perspective. It grew its revenue and earnings by about 30% in the second quarter compared to the same period in the previous year, though the sell-side cautions that 2013 will not be as good. Its forward P/E is 15, which while not particularly attractive on its own is still interesting when combined with the dividend yield and the insider activity. 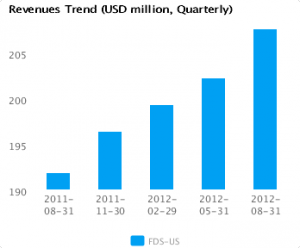 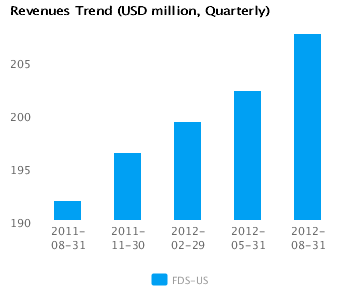 Best Buy: Are Hedge Funds Hoping For a Takeover?