Constantly tracking insider activity, I have once again stumbled upon two interesting companies that present recent insider purchases. Let’s take a look at the transactions and the companies per se, in order to elucidate if they deserve your consideration as potential investments.

Simon Property Group Inc (NYSE:SPG) is a $53.5 billion market cap real estate investment trust that owns, develops and manages retail real estate properties such as malls, outlets and community and lifestyle centers. On April 28, Allan Hubbard, Board Director, acquired 204 shares of Common Stock for $170.81 per share. And this is not his first purchase this year; on Feb. 5, he had already procured 64 shares of the company for $153.56 each. He now holds 8,835*shares of Common Stock, worth $1.52 million.

On top of Mr. Hubbard, several major hedge funds are investing in Simon Property Group. One of the largest shareholders is Jeffrey Furber’s Aew Capital Management, which owns more than 3 million shares –that comprise more than 12% of its portfolio value as of the end of last year. The second largest hedge fund investor is D. E. Shaw with 668,000 shares, followed by Phill Gross and Robert Atchinson’s Adage Capital Management with 478,900 shares.

Watching at the company’s scale and strong fundamentals, coupled with a below-average valuation, one can understand the aforementioned investments. Growth prospects also look quite encouraging, especially for the short and medium-term. Analysts provide a median target price of $188 per share, which implies an upside potential of at least 9%. 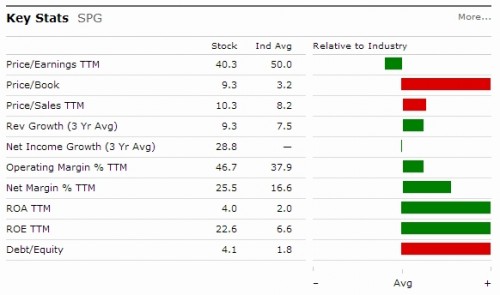 Second in this list is Aaron’s, Inc. (NYSE:AAN), a $2.1 billion market cap specialty retailer of consumer electronics, computers, residential furniture, household appliances and accessories. The company recently acquired Progressive Finance Holdings, LLC for about $700 million. John Robinson, Progressive’s CEO, is now a part of Aaron’s’ executive leadership team, acting as Executive Vice President and CEO of Progressive. As an Aaron’s insider, he recently filed a Form 4 at the SEC, declaring the purchase of 50,000 shares of Common Stock, for $28.96 per share. He now owns 78,846 shares of the company.

Other Aaron’s stockholders worth mentioning are Ric Dillon (Diamond Hill Capital), who owns more than 2 million shares, according to its latest 13F filing, and Mario Gabelli (GAMCO Investors), who holds around 1.24 million shares of the company. One fund that looks particularly bullish about the firm’s future is Robert Rodriguez and Steven Romick’s  First Pacific Advisors Llc, which upped its bets by 699% over the quarter, to 951,600 shares reported as of the end of 2013.

Three Banks Stocks That Jim Simons and Insiders Like

Three Banks Stocks That Jim Simons and Insiders Like