Insiders Are Dumping These 5 Dividend Stocks

Published on October 29, 2012 at 3:04 pm by Serkan Unal in Dividend Stocks, Insider Trading

There are many reasons why insiders sell shares of their own companies. One of the major reasons is the anticipation of a price correction, either due to company-specific reasons or because of the industry-wide developments. Due to their access to privileged information about their businesses and industries, insiders are in a better position than the general public to decide when it is optimal to sell shares in their own companies. Following in the footsteps of insiders enables investors to make better-informed decisions about their holdings. 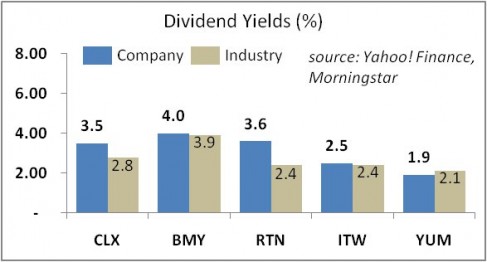 The Clorox Company (NYSE:CLX) is a $9.5-billion producer of consumer goods. It is paying a dividend yield of 3.5% on a payout ratio of 63%. Its rival Procter & Gamble (NYSE:PG) is paying a dividend yield of 3.3%, while peer Colgate-Palmolive (NYSE:CL) is paying a yield of 2.3%. Over the past five years, Clorox’s EPS grew at an average annual rate of 5.0% per year, while dividends increased at an average annual rate of 13.6%. The company’s EPS is expected to grow at an average annual rate of 8.1% per year for the next five years. The company has seen successful launches of several new products and is expected to realize major cost savings in the next few years. The Clorox Company has recorded strong volume growth and market share expansion accompanied with product price increases. It is well positioned to take advantage of growth opportunities in emerging markets, especially in Latin America. The stock has a ROIC of 37.7%. The company has received a seal of approval from the renowned financier George Soros, who reported owning some $49 million in the stock at the end of the second quarter. In terms of its valuation, on a forward P/E basis, the stock is trading almost on par with its respective industry. The stock has gained 7.4% over the past year.

Bristol-Myers Squibb Company (NYSE:BMY) is a $55.5-billion biopharmaceutical company that pays a dividend yield of 4.0% on a payout ratio of 52% of last year’s free cash flow. Its peers AstraZeneca PLC (NYSE:AZN), Merck & Co. (NYSE:MRK), and Pfizer (NYSE:PFE) pay dividend yields of 3.9%, 3.6%, and 3.4%, respectively. Over the past half decade, the company’s EPS and dividends grew at average annual rates of 28.4% and 4.0%, respectively. Analysts expect that Bristol-Myers Squibb’s EPS will expand at an average annual rate of a paltry 1.2% per year for the next five years. For the previous quarter, the company missed estimates on revenue and EPS. Revenue dropped significantly due to patent expirations that allowed generic drugs to take over the market of the company’s once-blockbuster drugs, blood thinner Plavix and hypertension treatment Avapro/Avalide. Still, the company upheld its previous guidance for full-year EPS at $1.90-$2.00 per share. At those rates, the company’s dividend payout ratio is at most 72% of earnings. Bristol-Myers Squibb is substituting lost revenues through acquisitions and new partnerships. In August 2012, the company acquired Amylin Pharmaceuticals, which has increased Bristol-Myers Squibb’s presence in the lucrative diabetes market. The company also expanded its deal with AstraZeneca PLC on diabetes drugs. The stock has a free cash flow of 3.6%, ROE of 25%, and ROIC of 16.8%. On a forward P/E basis, the stock is priced at a major premium to its respective industry. The stock is up 3.3% over the past 12 months.

On several occasion between October 2 and 23, one of the company’s directors, James Cornelius, disposed of a total of 80,000 shares at an average price of about $33.64 per share. The same director sold additional 40,000 shares in September at an average price of $33.39 per share. The stock is currently trading at $33.62 a share. It is popular with Jim Simons‘ RenTech, who has more than $479 million invested in the stock.

Read the rest of this article here. 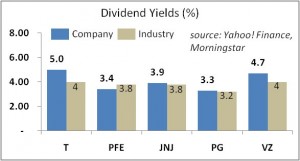 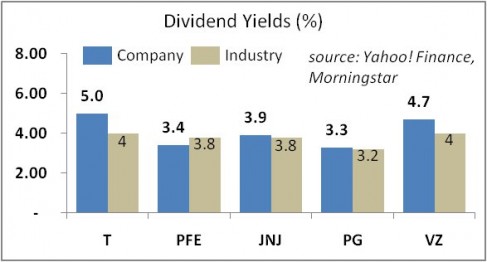