Studies show that stocks bought by insiders narrowly outperform the market (read our analysis of studies on insider trading). Our explanation for this finding is that insiders should avoid buying shares unless they are more confident than usual in the stock’s prospects; otherwise, economic theory suggests that they should prefer to diversify away from the company. Investors can’t imitate every insider purchase, but we think that they can be useful sources of initial ideas for further research if “stocks bought by insiders” is treated similarly to quantitative stock screens. Here are five stocks which insiders have bought recently: 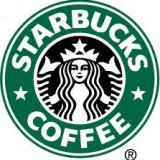 Multiple insiders have been buying Walter Energy, Inc. (NYSE:WLT), a coal company with an emphasis on metallurgical coal (which is used to produce steel). Consensus insider purchases tend to be a somewhat stronger bullish signal than moves by only one insider. The stock has rallied strongly on the news, taking away at least some of any potential gains, but it’s interesting that the insiders are so bullish on met coal; Walter Energy, Inc. (NYSE:WLT), as an example, is down over 60% in the last year as relatively weak global macro conditions have reduced demand for steel. Analysts are forecasting sufficient earnings estimates for a forward P/E of 15, but we are skeptical.