At the end of February we announced the arrival of the first US recession since 2009 and we predicted that the market will decline by at least 20% in (Recession is Imminent: We Need A Travel Ban NOW). In these volatile markets we scrutinize hedge fund filings to get a reading on which direction each stock might be going. In this article, we will take a closer look at hedge fund sentiment towards Impinj, Inc. (NASDAQ:PI).

Is Impinj, Inc. (NASDAQ:PI) a bargain? Prominent investors are getting less optimistic. The number of long hedge fund bets were trimmed by 2 lately. Our calculations also showed that PI isn’t among the 30 most popular stocks among hedge funds (click for Q1 rankings and see the video for a quick look at the top 5 stocks). PI was in 18 hedge funds’ portfolios at the end of the first quarter of 2020. There were 20 hedge funds in our database with PI holdings at the end of the previous quarter. 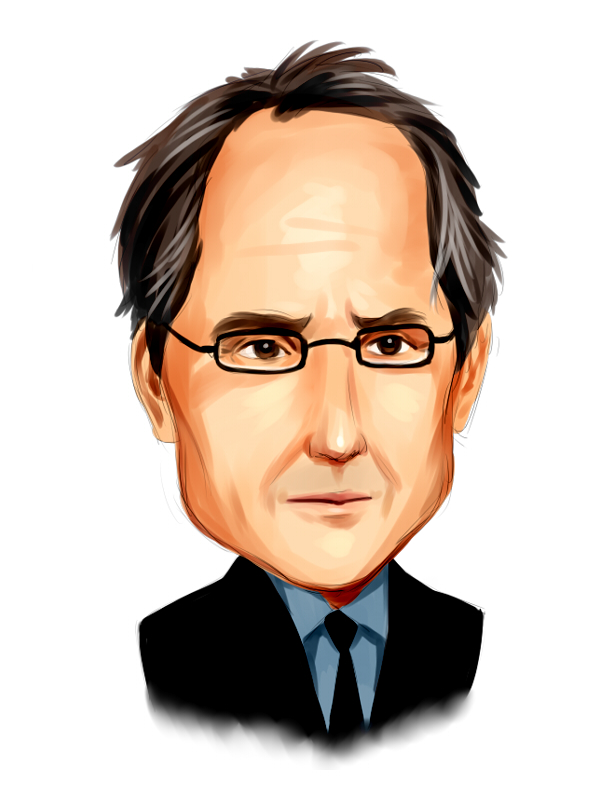 We leave no stone unturned when looking for the next great investment idea. For example Europe is set to become the world’s largest cannabis market, so we check out this European marijuana stock pitch. We interview hedge fund managers and ask them about their best ideas. If you want to find out the best healthcare stock to buy right now, you can watch our latest hedge fund manager interview here. We read hedge fund investor letters and listen to stock pitches at hedge fund conferences. Our best call in 2020 was shorting the market when the S&P 500 was trading at 3150 after realizing the coronavirus pandemic’s significance before most investors. Keeping this in mind we’re going to go over the latest hedge fund action surrounding Impinj, Inc. (NASDAQ:PI).

What have hedge funds been doing with Impinj, Inc. (NASDAQ:PI)?

Heading into the second quarter of 2020, a total of 18 of the hedge funds tracked by Insider Monkey were long this stock, a change of -10% from one quarter earlier. By comparison, 11 hedge funds held shares or bullish call options in PI a year ago. With the smart money’s capital changing hands, there exists a few noteworthy hedge fund managers who were boosting their holdings meaningfully (or already accumulated large positions). 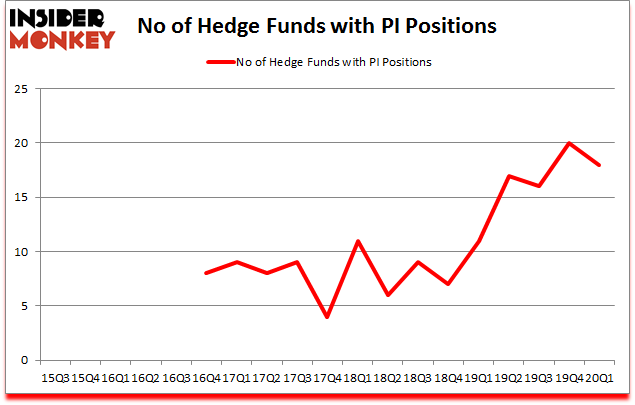 Among these funds, Sylebra Capital Management held the most valuable stake in Impinj, Inc. (NASDAQ:PI), which was worth $73.5 million at the end of the third quarter. On the second spot was Toronado Partners which amassed $25.9 million worth of shares. D E Shaw, G2 Investment Partners Management, and Millennium Management were also very fond of the stock, becoming one of the largest hedge fund holders of the company. In terms of the portfolio weights assigned to each position Toronado Partners allocated the biggest weight to Impinj, Inc. (NASDAQ:PI), around 8.1% of its 13F portfolio. Sylebra Capital Management is also relatively very bullish on the stock, earmarking 3.01 percent of its 13F equity portfolio to PI.

Seeing as Impinj, Inc. (NASDAQ:PI) has faced declining sentiment from the entirety of the hedge funds we track, we can see that there lies a certain “tier” of funds that slashed their full holdings by the end of the first quarter. It’s worth mentioning that Thomas E. Claugus’s GMT Capital dropped the largest investment of the 750 funds monitored by Insider Monkey, worth close to $15.6 million in stock, and Richard Driehaus’s Driehaus Capital was right behind this move, as the fund dropped about $8.3 million worth. These transactions are intriguing to say the least, as total hedge fund interest dropped by 2 funds by the end of the first quarter.

As you can see these stocks had an average of 7.75 hedge funds with bullish positions and the average amount invested in these stocks was $59 million. That figure was $137 million in PI’s case. ADTRAN, Inc. (NASDAQ:ADTN) is the most popular stock in this table. On the other hand Ruhnn Holding Limited (NASDAQ:RUHN) is the least popular one with only 2 bullish hedge fund positions. Compared to these stocks Impinj, Inc. (NASDAQ:PI) is more popular among hedge funds. Our calculations showed that top 10 most popular stocks among hedge funds returned 41.4% in 2019 and outperformed the S&P 500 ETF (SPY) by 10.1 percentage points. These stocks returned 13.4% in 2020 through June 22nd but still managed to beat the market by 15.9 percentage points. Hedge funds were also right about betting on PI as the stock returned 68.3% so far in Q2 (through June 22nd) and outperformed the market by an even larger margin. Hedge funds were clearly right about piling into this stock relative to other stocks with similar market capitalizations.