The artist formerly known as Research In Motion Ltd (NASDAQ:BBRY) was able to provide a positive fourth-quarter earnings report, but investors maintained their healthy skepticism regardless. In most investors’ and analysts’ opinions, BlackBerry has indeed improved over the past year, but its greatest challenge still remains.

The launch of two new phones in recent weeks has yet to show conclusive evidence that this company can navigate a major overhaul and again become a leading smartphone and software provider. If it can calm investors and remove some of its extreme volatility, BlackBerry may become a more appealing stock to the general market. Let’s take a look at the recent earnings release to see if we can find signs of a stronger, more stable smartphone phoenix.

Solid, if unconvincing, earnings
When a company as polarizing as Research In Motion Ltd (NASDAQ:BBRY) makes any kind of announcement, it has to be such a tremendous out-of-the-water, non-negotiable blowout headline that people can’t argue with it. While the last quarter’s earnings release showed strong evidence that  CEO Thorsten Heins is making progress in his restructuring effort, it was not enough to create an overwhelming sense of redemption. Still, for BlackBerry permabulls (such as this author), there was plenty to celebrate. 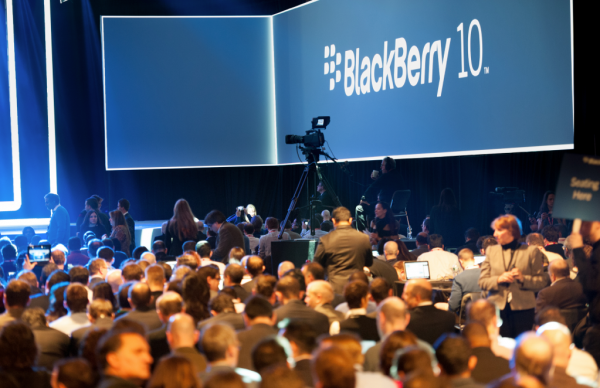 For the fourth quarter of fiscal 2013, the company hauled in $2.7 billion. This was down about 2% sequentially and 36% under the prior year’s $4.2 billion. The U.S. business dropped, likely awaiting the launch of BB10 devices, while Canadian revenue bumped up 62%, sequentially. What I found most compelling, in terms of regional sales figures, was EMEA. Emerging markets are at the core of Research In Motion Ltd (NASDAQ:BBRY)’s growth strategy, and it looks to be playing out well. EMEA constituted 46% of revenue, up from 43% in the previous quarter. The company’s Z10 device was rolled out in these regions a few months ahead of U.S. sales, which began in the last month.

On the bottom line, Research In Motion Ltd (NASDAQ:BBRY) generated a GAAP net income of $0.18 per share, compared to a net loss in the year-ago quarter and up from $0.03 per share in quarter three.

One of the most encouraging reports was, despite tremendous restructuring costs, the company still generated substantial cash flow in the quarter — $219 million in CFFO, with free cash flow at $131 million. BlackBerry’s initial $1 billion cost-saving initiative was completed a quarter ahead of schedule, again aiding the income statement and balance sheet. The company ended the quarter and year with nearly $3 billion in cash and equivalents.

Overall, the results were encouraging to those who were looking for signs of a turnaround, but not convincing to others who believe BlackBerry remains the Bismarck of smartphone companies.

What lies ahead
There are a few important elements to Research In Motion Ltd (NASDAQ:BBRY)’s near-term performance that investors must pay attention to.

The obvious indicator will be the performance of the Z10 device here in the U.S. and abroad. This is BlackBerry’s first formidable entry into the mainstream smartphone market, and its what many analysts and investors have decided is the “it” factor for the company’s recovery. We heard earlier this year of a 1 million phone purchase, later determined to be from a Verizon distributor. While this is incredibly encouraging, given that it was the single largest order in company history, it is not enough to guarantee that the Z10 is a runaway success.

There is another phone on deck for release in the next couple of months, and I believe this is just as important, if not more so than the Z10.

Research In Motion Ltd (BBRY): This Photo May Give BlackBerry Bulls the Motherload...

Research in Motion Ltd. (BBRY): ‘They’re Going to Be Shocked’

Research In Motion Ltd (BBRY): What Does CEO Thorsten Heins Think About BlackBerry...

Yet Another Reason to Buy Research In Motion Ltd (BBRY)?
Monthly Newsletter Strategy
Download a free copy of our newsletter and see the details inside!
Hedge Fund Resource Center
Billionaire Hedge Funds