If You Own Trupanion (TRUP) Stock, Should You Sell It Now?

Steel City Capital recently released its Q2 2020 Investor Letter, a copy of which you can download here. During the second quarter of 2020, the fund returned 13.1% net of fees, while the S&P 500 Index was up 20.0%. You should check out Steel City Capital’s top 5 stock picks for investors to buy right now, which could be the biggest winners of the stock market crash.

“Trupanion (TRUP). The Partnership is short shares of TRUP on account of what I believe to be both a flawed business model and an unjustifiably high valuation due to unrealistic expectations for future profitability. Business model shortcomings include:

In addition to these issues, the company is potentially engaged in questionable accounting as it relates to its relationship with an undisclosed variable interest entity (VIE). Trupanion has invested $7.0 million in the entity via a preferred stock purchase; extended another $2.5 million to the entity via a revolving line of credit that has been fully drawn; provides “ancillary services” to the entity “at cost” and records funds received for those services as an offset to its own operating expenses2 ; and has the option to purchase all of the outstanding common shares issued by the VIE on the fifth anniversary of its initial preferred stock purchase. Details surrounding the VIE’s activities are scarce, but research has uncovered relationships to a number of entities including Rayne Nutrition Inc., Landspath, and Blue Heron Consulting whose activities appear to be intertwined with TRUP’s.

Despite no track record of generating GAAP profits or free cash flow, the company trades at 12.7 P/B and 331x my estimate of FY’20 GAAP earnings. How is this possible? For starters, management has deftly marketed TRUP to investors not as a standard insurance company, but instead as a SaaS-like business. Investor communications bear no reference to metrics like combined ratio, number of policyholders, or return on equity, but instead highlight things like Average Revenue Per Pet, Subscribers, Retention, Lifetime Value and Internal Rate of Return. Additionally, management – and specifically the company’s CEO Darryl Rawlings – has carefully cultivated a folksy image, drawing heavily on quips and quotes from Warren Buffett, despite simultaneously ignoring “The Oracle of Omaha” when his teachings depart from the company’s narrative (more on this below). My view is more simplistic: if it walks like a duck and talks like a duck, then it is a duck. Or perhaps more appropriately in the case of Trupanion: you can put lipstick on a pig, but it’s still a pig. Trupanion is an insurance company – full stop.

In finance, the purest way to calculate a company’s value is via a discounted cash flow (DCF) model. Rawlings agrees. In his 2019 Letter to Shareholders, he says the following:

“We believe all companies should be valued on future free cash flows. To accomplish this task, one needs to build a DCF model. When an informed investor builds such a model for Trupanion, we believe they will better understand how and why our business is differentiated. Absent this exercise, one is only speculating as to how best to value a company.

There is no such thing as the perfect DCF model, but I am confident that when it comes to our business, our interpretation is well thought out and defensible.”

Rawlings proceeds to lay out a multi-page DCF model that – surprise, surprise – results in a price slightly above where shares were then trading. Let’s have a look at how “defensible” the company’s DCF is and what the market is today implying in its assessment of TRUP.

As any junior investment banking analyst will tell you, the concept of “garbage in, garbage out” is a key shortcoming of DCF models. Below is an overview of what I believe are some of the “garbage” assumptions included in TRUP’s DCF model. Collectively they have the effect of ascribing more value to the company than I believe is justified.

TRUP’s shares closed at $49.45 on July 17th. This is approximately 40% above the $35 value implied by the company’s DCF. What does this mean for investors? If you think management can hit its lofty targets over the next 14 years before settling into a perpetual growth rate of 5.0%, then shares are worth $35 at best. For today’s price of ~$50 to accurately represent value, you have to believe the company can generate revenue growth above 18.4% per annum for the next 14 years, achieve additional margin expansion, or some combination of the two. But if one believes, as I do, that the company’s DCF leans on aggressive assumptions and a flawed methodology that tilts value in its favor, then TRUP’s shares are worth substantially less than $35, setting up an attractive risk-reward on the short side from today’s levels. In the short run, the market is a voting machine but in the long run, it is a weighing machine.” 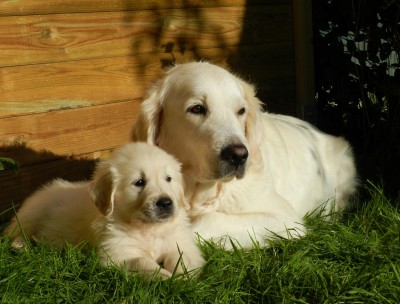