To the average investor, there are dozens of metrics investors can use to watch stocks. A pair of the best are hedge fund and insider trading interest. At Insider Monkey, our studies have shown that, historically, those who follow the best picks of the elite hedge fund managers can outperform the market by a healthy amount (see just how much). 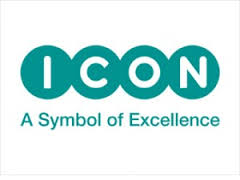 Equally as key, positive insider trading activity is another way to parse down the investments you’re interested in. Obviously, there are a variety of motivations for an executive to sell shares of his or her company, but only one, very clear reason why they would behave bullishly. Many empirical studies have demonstrated the impressive potential of this method if piggybackers understand what to do (learn more here).

With all of this in mind, it’s important to take a look at the recent action encompassing ICON plc – Ordinary Shares (NASDAQ:ICLR).

What does the smart money think about ICON plc – Ordinary Shares (NASDAQ:ICLR)?

At Q1’s end, a total of 20 of the hedge funds we track held long positions in this stock, a change of 25% from the first quarter. With hedge funds’ capital changing hands, there exists a select group of notable hedge fund managers who were increasing their stakes meaningfully.

Of the funds we track, Donald Chiboucis’s Columbus Circle Investors had the most valuable position in ICON plc – Ordinary Shares (NASDAQ:ICLR), worth close to $41.6 million, comprising 0.3% of its total 13F portfolio. The second largest stake is held by Wynnefield Capital, managed by Nelson Obus, which held a $25.1 million position; 8.6% of its 13F portfolio is allocated to the company. Other hedgies that are bullish include Phill Gross and Robert Atchinson’s Adage Capital Management, Israel Englander’s Millennium Management and Chuck Royce’s Royce & Associates.

Insider purchases made by high-level executives is at its handiest when the company in focus has experienced transactions within the past six months. Over the latest six-month time period, ICON plc – Ordinary Shares (NASDAQ:ICLR) has experienced zero unique insiders purchasing, and zero insider sales (see the details of insider trades here).