For over 100 years IBM has been one of the most quintessential technology giants in America. Over the past few years, the company has been transitioning from a computer manufacturer to a leading cloud platform and cognitive solutions company. IBM, the common name of International Business Machines Corporation, is one of the largest technology and consulting companies in the world, employing over 350 thousand employees worldwide. IBM achieved a net income of 9.43 billion U.S. dollars in 2019, an increase of just over half a billion U.S. dollars from 2018. IBM has been a disappointment over the past decade, due to lagging revenues, stock performance, and slow to change. The company is in the middle of a major transition in which it is discarding big segments of their business (like building computers) and moving into new, growing areas like cloud computing, artificial intelligence, and quantum computing. Due to a decline in revenue from the old businesses, and the fact that their new businesses aren’t fully developed yet, IBM’s financial outlook has been one in a slow decline for years. When looking at IBM’s transition to the cloud, they just weren’t fast enough. And because of it, the company is now having to play catch-up in this fast-growing market segment, dominated by Amazon.com Inc (NASDAQ:AMZN)’s AWS and Microsoft Corporation (NASDAQ:MSFT)’s Azure. 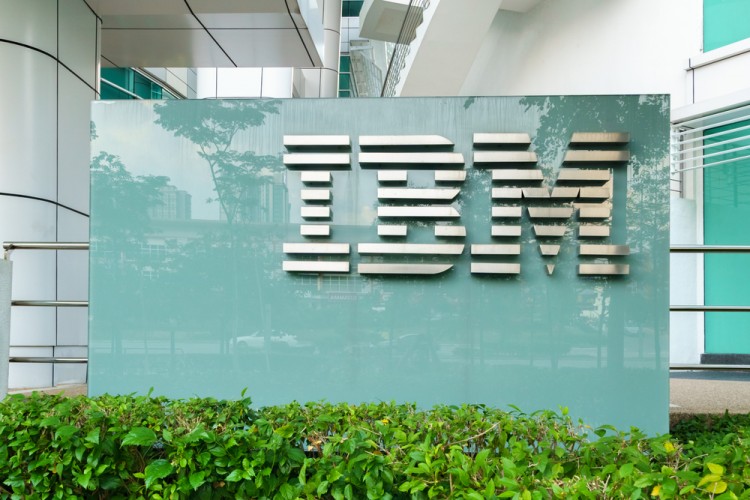 Many on Wall Street were optimistic about the incoming CEO Arvind Krishna succeeding Ginni Rometty in early April. But that was before the coronavirus put the global economy to a halt. IBM’s stock price is currently $117.19. Year-to-date it is down 12.57%, and in a year it’s down 15.40%. The company hit a 52 week low as well as a 10 year Low on March 23, 2020, at $90.56. A little over a month earlier, IBM hit a 52 week High at 158.75 on February 6, 2020. Knowing this, I ask myself, “What’s changed with the company, other than the coronavirus?” But that’s for later in this article. IBM’s stock has basically dropped twice the amount of the S&P 500 Index since January 31. Regarding the coronavirus pandemic, the demand for IBM’s services fell due to their customer base needing to focus on their most crucial needs. Here’s how chief financial officer Jim Kavanaugh spoke on the effects of COVID-19 on the Q1 earnings call, “As we got into March…we saw a noticeable change in client priorities. With that, there was effectively a pause as clients understandably dealt with their most pressing needs.” He later added, “For those clients that did engage at the end of the quarter, there was a noticeable change in priorities where focus very quickly shifted to the stability of their operations and preservation of cash. They moved ahead with spending that addressed immediate and essential needs, including running mission-critical processes and securing a remote workforce.”

Other factors hurting IBM because of COVID-19 include having over 75% of its revenue coming from the United States and Europe (hardest hit by the virus), and that their costs of products and service is generally on the high side. Because of all of this and the uncertainty surrounding COVID-19, IBM opted to withdraw its full-year guidance for 2020. And on May 22, soon after Arvind Krishna took over, announced layoffs across multiple divisions, due to the outbreak. It was said to have been one of the largest rounds of layoffs in the company’s history.

Unfortunately for IBM, analysts covering the company on Wall Street are expecting it to slump in the coming year, and to lag behind its competition. Revenues are once again expected to fall 3.9% next year, which is an area IBM continues to struggle with. On the other hand, companies in the wider industry are to grow by 9.6% during the same period. Out of the four largest cloud service providers, IBM is growing at the slowest rate and has the smallest market share as well. Simply Wall Street sees IBM’s earnings growing 6.9% per year, while the U.S. market will grow 22.6% per year. They also see the company growing earnings, but not significantly, It’s earnings growth over the past year is 4.4%, underperforming the IT industry’s earnings growth at 15.4%. At the current valuation, IBM has a forward price to earnings ratio of around just below 10, compared to the S&P 500’s average forward Price to earnings ratio of just above 15. After looking at these numbers, you’re forced to ask yourself, “I see IBM as a potential value stock, but can I also see it as a growth stock as well?” If not, there may be other companies to choose to invest in that are both cheap and will bring you more profits during this volatile stock market we’re presently in. Let’s take a look.

How Would the Implementation of a US Digital Currency Affect Forex Markets?

Hedge Funds Have Never Been This Bullish On DouYu International Holdings Limited...