Humana Inc (HUM), UnitedHealth Group Inc. (UNH): What Will Obamacare Do to Medicare?

Medicaid has stayed at the forefront of the Patient Protection and Affordable Care Act, or “Obamacare,” debate thanks to the number of states still battling against the proposed expansion. But how will the health care changes affect Medicare?

The short answer is that it depends on the type of Medicare. Traditional, government-backed Medicare includes parts A and B to cover both hospital stays and doctor visits. Private insurers offer prescription drug Part D plans and Medicare Advantage. Advantage plans typically combine the three lettered parts with some additional coverage areas, and they face the greatest risk of changes. 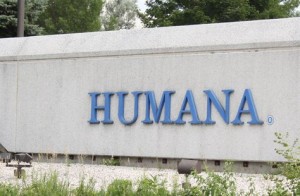 And it was the reversal of a seemingly adverse change behind a health plans rally last week. After an unfavorable government reimbursement decision for Medicare Advantage plans was reversed, shares of Humana Inc (NYSE:HUM) and UnitedHealth Group Inc. (NYSE:UNH) surged to finish up 13% and 9% for the week, respectively.

Reactions like that suggest a deeper look into the specific changes posed by Obamacare. Here’s a quick guide to what the legislation will mean to government-administered Medicare plans, as well as their private insurance counterparts.

Parts A and B
Coverage for parts A and B will largely stay the same under Obamacare. But a few revisions kicked in last year that included free wellness checkups for the newly eligible. There’s also no longer a charge for part B patients needing flu shots or screenings for a range of conditions such as diabetes, cervical cancer, or high cholesterol.

The cost of these programs for beneficiaries will grow slower under Obamacare, thanks to overpayment restrictions for hospitals and physicians.

Part D
These prescription drug plans included a coverage gap, or donut hole, where patients had to pay out of pocket for a period. Obamacare will close those gaps by 2020 with increasing drug discounts that began last year.

Beneficiaries with active plans in 2011 received drug discounts during the donut hole that amounted to savings of 50% on branded drugs and 7% on generics. Here’s how those discounts will build up until the 2020 mark:

Part D plans can be standalone or come bundled in a Medicare Advantage package. Let’s move into an MA explanation before we look at how the private insurers are involved in these two plan types.