How have hedgies been trading Paypal Holdings Inc (NASDAQ:PYPL)? 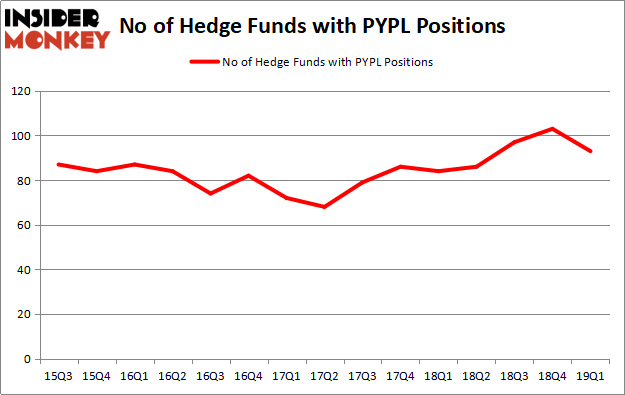 Among these funds, Third Point held the most valuable stake in Paypal Holdings Inc (NASDAQ:PYPL), which was worth $363.4 million at the end of the first quarter. On the second spot was Coatue Management which amassed $339 million worth of shares. Moreover, Citadel Investment Group, Whale Rock Capital Management, and D E Shaw were also bullish on Paypal Holdings Inc (NASDAQ:PYPL), allocating a large percentage of their portfolios to this stock.

Judging by the fact that Paypal Holdings Inc (NASDAQ:PYPL) has witnessed falling interest from the aggregate hedge fund industry, it’s easy to see that there exists a select few hedgies who were dropping their full holdings last quarter. At the top of the heap, Stephen Mandel’s Lone Pine Capital dropped the largest investment of the 700 funds monitored by Insider Monkey, totaling an estimated $484.6 million in call options. Steve Cohen’s fund, Point72 Asset Management, also cut its call options, about $174 million worth. These moves are intriguing to say the least, as aggregate hedge fund interest was cut by 10 funds last quarter.

As you can see these stocks had an average of 40.75 hedge funds with bullish positions and the average amount invested in these stocks was $1584 million. That figure was $3610 million in PYPL’s case. DowDuPont Inc. (NYSE:DWDP) is the most popular stock in this table. On the other hand PetroChina Company Limited (NYSE:PTR) is the least popular one with only 12 bullish hedge fund positions. Compared to these stocks Paypal Holdings Inc (NASDAQ:PYPL) is more popular among hedge funds. Our calculations showed that top 20 most popular stocks among hedge funds returned 6.4% in Q2 and outperformed the S&P 500 ETF (SPY) by more than 2 percentage points. Hedge funds were also right about betting on PYPL as the stock returned 10.2% during the same period and outperformed the market by an even larger margin. PayPal also returned more than 36% year-to-date. Hedge funds were clearly right about piling into this stock relative to other stocks with similar market capitalizations.