Among Intel Corporation (NASDAQ:INTC), The Coca-Cola Company (NYSE:KO) and CSX Corporation (NYSE:CSX), which is the best stock to buy at the moment, a viewer asked Charles Payne on a Fox Business Network segment.

According to Payne, Intel Corporation (NASDAQ:INTC) has had “one heck of a ride.” His advice to his viewer? If they already own the stock of the Silicon Valley veteran, they should not sell.

He did point out that he is not exactly anxious to buy Intel Corporation (NASDAQ:INTC) stock at this point. Nonetheless, he said that for those who already own the stock, they are winners.

According to Payne, CSX Corporation (NYSE:CSX) “is probably the one I like most out of all of these.” The company is engaged in transportation mainly of goods through railway systems.

The stock Payne is not enthusiastic about is The Coca-Cola Company (NYSE:KO). He pointed out that the company’s guidance for 5-year growth is 4% and the company missed this metric. “I’m not sure how they are going to turn around this behemoth that’s been struggling a little bit,” Payne said. 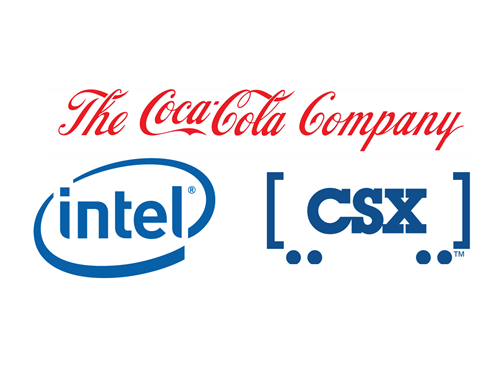 However, Divine Capital CEO Danielle Hughes said that The Coca-Cola Company (NYSE:KO) is a good stock to buy if she was asked. She said that the company has a good dividend at 2.3% and is a long-term play.

The Coca-Cola Company (NYSE:KO) is actually doing pretty good in markets outside the United States, she said, but Payne countered that it is because people in these countries are not yet shunning carbonated drinks and cigarettes, a fact that may change soon.

Meanwhile, Penn Financial Group founder Matt McCall said if basing on dividends, Intel Corporation (NASDAQ:INTC) also has a good dividend at 2.9%. He said he owns the stock for clients.

Though he said he isn’t quite sure whether he would jump into Intel if he doesn’t already own the stock now, the company has a lot more upside and is solid, McCall noted.

United Rentals, Inc. (URI): The Farther You Look The Better It Gets

Did Apple Inc (AAPL) Expect The 93% “Holiday Discount” On Sapphire...