The legalization of marijuana for recreational use in some regions has not only led to the formation of small companies that grow and sell marijuana, but has also given a boost to research that uses cannabinoid and other compounds in the plant to develop medicinal treatments. However, there are still some reservations with regard to pot companies, with a recent episode sparking controversy. MassRoots, a social hub for cannabis users, was denied a listing on the Nasdaq stock exchange on the grounds that it is “aiding and abetting the distribution of an illegal substance”. The company said it will appeal the decision, since Nasdaq has already allowed the listing of several biotechnology companies that use ingredients extracted from the plant. Since the use of marijuana is still illegal on a federal level, MassRoots will probably lose the appeal. That aside, let’s take a look at the stocks of five companies which deal with marijuana on some level, and see how hedge funds were trading them in the first quarter. 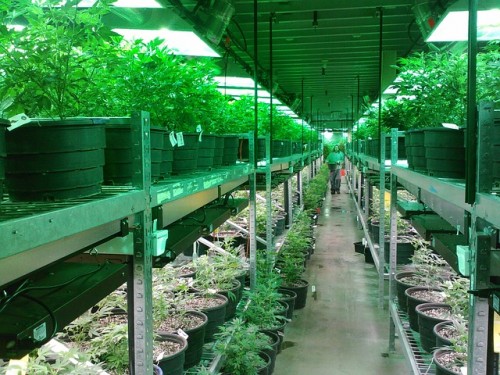 While there are many metrics that investors can assess in the investment process, hedge fund sentiment is something that is often overlooked. However, hedge funds and other institutional investors allocate significant resources while making their bets and their long-term focus makes them the perfect investors to emulate. This is supported by our research, which determined that following the small-cap stocks that hedge funds are collectively bullish on can help a smaller investor beat the S&P 500 by around 95 basis points per month (see more details here).

Hedge Funds Not Giving Up On Cara

Hedge fund sentiment towards Cara Therapeutics Inc (NASDAQ:CARA) was unchanged come the end of March, with 14 of the funds tracked by Insider Monkey having reported a stake in the company. Cara Therapeutics Inc (NASDAQ:CARA) received a boost in April when the U.S. Food and Drug Administration (FDA) removed its hold on the Phase 3 trial of Cara’s I.V. CR845 candidate for postoperative pain, which had been put in place in late February due to concerns over a spike in the sodium levels of some patients. However, shares have gradually trended back down since the announcement and are down by an unsightly 63% since the start of 2016, as investors appear to worry that the treatment will ultimately fail to gain FDA approval. Jerome Pfund and Michael Sjostrom‘s Sectoral Asset Management held the largest stake in Cara Therapeutics Inc (NASDAQ:CARA) at the end of March among the funds in our database, totaling 1.21 million shares worth $7.54 million.

Turn the page to find what hedge funds think about three other marijuana stocks.

Why UniPixel Inc (UNXL)’s Stock Is Deep in Red Today?