In this article you are going to find out whether hedge funds think CPI Aerostructures, Inc. (NYSE:CVU) is a good investment right now. We like to check what the smart money thinks first before doing extensive research on a given stock. Although there have been several high profile failed hedge fund picks, the consensus picks among hedge fund investors have historically outperformed the market after adjusting for known risk attributes. It’s not surprising given that hedge funds have access to better information and more resources to predict the winners in the stock market.

CPI Aerostructures, Inc. (NYSE:CVU) was in 3 hedge funds’ portfolios at the end of the first quarter of 2020. CVU shareholders have witnessed a decrease in hedge fund sentiment lately. There were 5 hedge funds in our database with CVU holdings at the end of the previous quarter. Our calculations also showed that CVU isn’t among the 30 most popular stocks among hedge funds (click for Q1 rankings and see the video for a quick look at the top 5 stocks).

At Insider Monkey we leave no stone unturned when looking for the next great investment idea. For example, legendary investor Bill Miller told investors to sell 7 extremely popular recession stocks last month. So, we went through his list and recommended another stock with 100% upside potential instead. We interview hedge fund managers and ask them about their best ideas. You can watch our latest hedge fund manager interview here and find out the name of the large-cap healthcare stock that Sio Capital’s Michael Castor expects to double. We read hedge fund investor letters and listen to stock pitches at hedge fund conferences. Our best call in 2020 was shorting the market when S&P 500 was trading at 3150 after realizing the coronavirus pandemic’s significance before most investors. Keeping this in mind let’s take a glance at the key hedge fund action surrounding CPI Aerostructures, Inc. (NYSE:CVU). 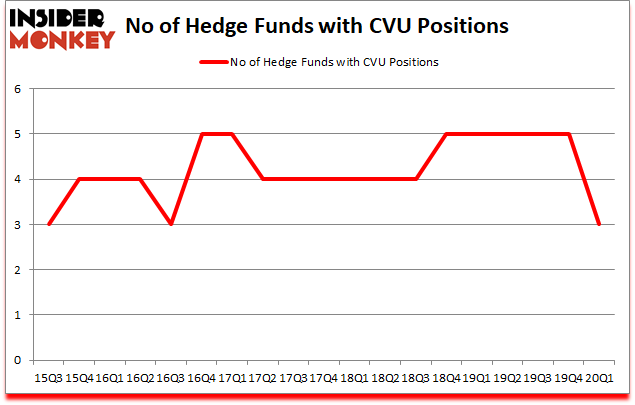 When looking at the institutional investors followed by Insider Monkey, Chuck Royce’s Royce & Associates has the number one position in CPI Aerostructures, Inc. (NYSE:CVU), worth close to $1.6 million, comprising less than 0.1%% of its total 13F portfolio. Sitting at the No. 2 spot is Renaissance Technologies, with a $0.6 million position; the fund has less than 0.1%% of its 13F portfolio invested in the stock. In terms of the portfolio weights assigned to each position Royce & Associates allocated the biggest weight to CPI Aerostructures, Inc. (NYSE:CVU), around 0.02% of its 13F portfolio. Ancora Advisors is also relatively very bullish on the stock, earmarking 0.01 percent of its 13F equity portfolio to CVU.

Due to the fact that CPI Aerostructures, Inc. (NYSE:CVU) has experienced falling interest from the smart money, it’s safe to say that there exists a select few hedge funds who sold off their entire stakes in the third quarter. At the top of the heap, John W. Rogers’s Ariel Investments dumped the biggest investment of the “upper crust” of funds monitored by Insider Monkey, totaling close to $1.4 million in stock. Gavin Saitowitz and Cisco J. del Valle’s fund, Springbok Capital, also cut its stock, about $0 million worth. These moves are important to note, as total hedge fund interest was cut by 2 funds in the third quarter.

As you can see these stocks had an average of 1.75 hedge funds with bullish positions and the average amount invested in these stocks was $0 million. That figure was $3 million in CVU’s case. Avino Silver (NYSE:ASM) is the most popular stock in this table. On the other hand Celsion Corporation (NASDAQ:CLSN) is the least popular one with only 1 bullish hedge fund positions. CPI Aerostructures, Inc. (NYSE:CVU) is not the most popular stock in this group but hedge fund interest is still above average. Our calculations showed that top 10 most popular stocks among hedge funds returned 41.4% in 2019 and outperformed the S&P 500 ETF (SPY) by 10.1 percentage points. These stocks gained 7.9% in 2020 through May 22nd but still beat the market by 15.6 percentage points. Hedge funds were also right about betting on CVU, though not to the same extent, as the stock returned 20.4% during the first two months of the second quarter (through May 22nd) and outperformed the market as well. 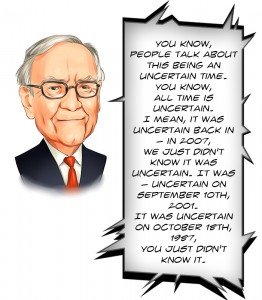 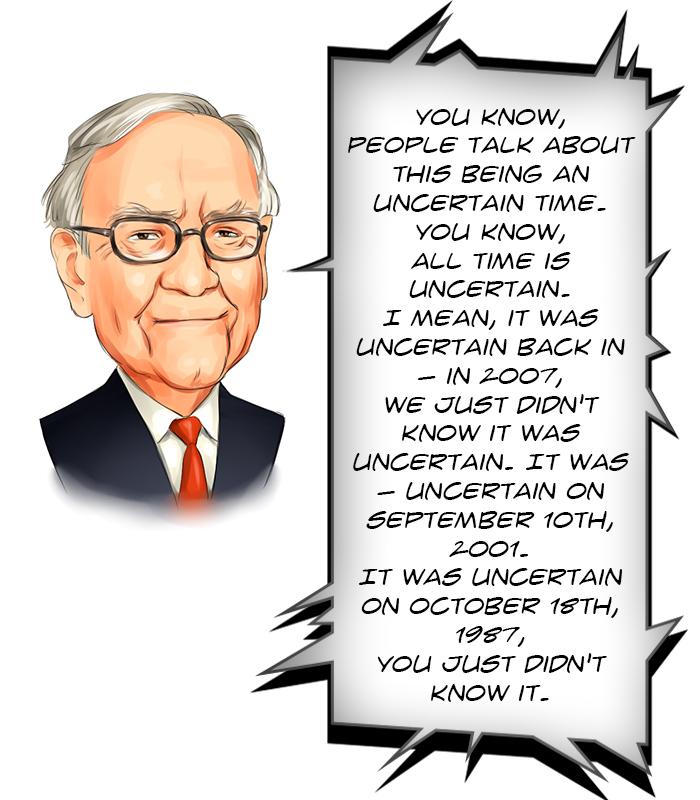 Tesla stock down as price target up for China growth
Monthly Newsletter Strategy
Download a free copy of our newsletter and see the details inside!
Hedge Fund Resource Center
Related News
Hedge Funds Have Never Been More Bullish On CPI Aerostructures, Inc. (CVU) 10 States That Give the Most Money to the Federal Government 13 Largest Cobalt Producing Countries in the World 8 States That Allow Euthanasia
Billionaire Hedge Funds